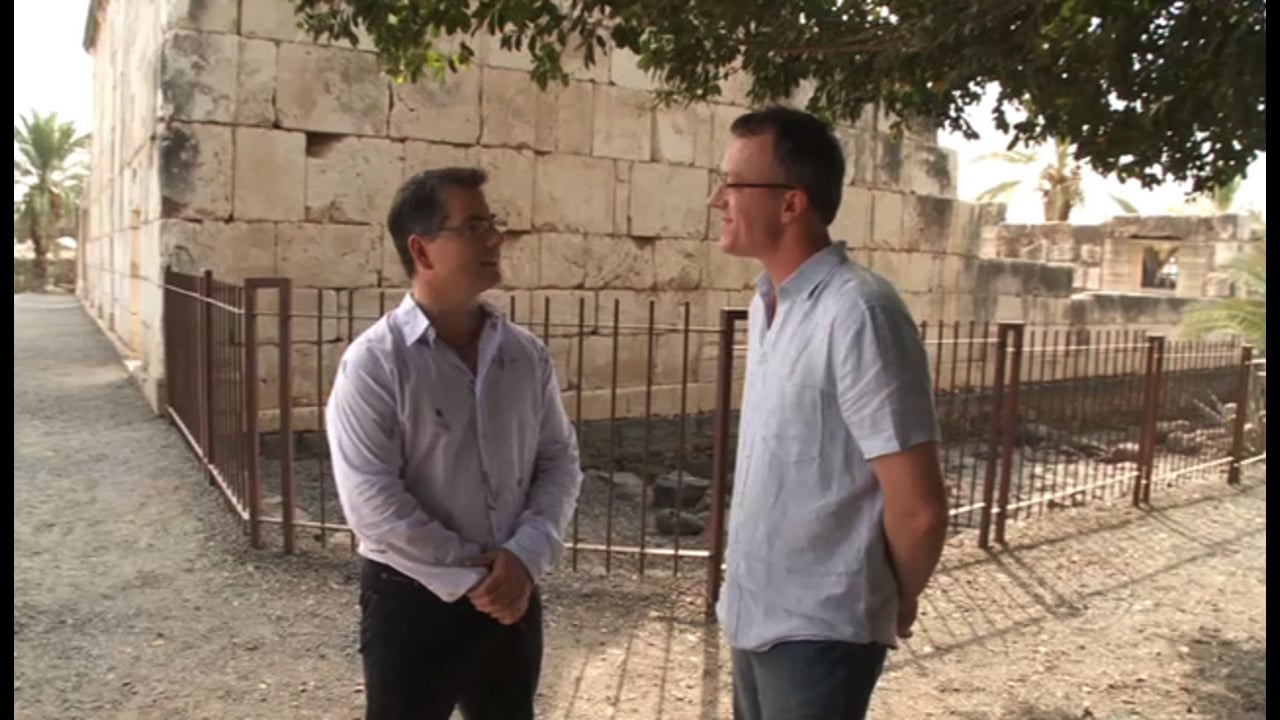 Behind the Life of Jesus: Can it be rational to believe in miracles?

John Dickson and Greg Clarke discuss why people are so sceptical about miracles.

Behind the Life of Jesus: Why do people avoid the Christian faith?

John Dickson and Greg Clarke discuss why people are so sceptical about miracles.

On the set of the Life of Jesus documentary, Greg Clarke and John Dickson discuss why so many people are convinced that “miracles just don’t happen”, and make a case for coming to miracles with an attitude of inquiry rather than immediate dismissal.

JOHN DICKSON: Greg, we’re here in Capernaum, the site of many of Jesus reported so-called “miracles”. Now historians, interestingly, all agree that Jesus enjoyed a reputation as a healer – I mean the historical evidence for that is overwhelming. But I know the scientists chime in at this point and say, “Hang on, it doesn’t matter how good the historical evidence is, miracles don’t happen.” Plenty of people think that, don’t they?

GREG CLARKE: Well they do, and science has done a great job of describing to us how the universe operates, but it really hasn’t contributed to the discussion of whether miracles are in fact possible. Your beliefs on the matter of God are really significant here: if you believe there is a personal God who is involved in the universe, well of course miracles are possible – the universe itself is God’s first miracle, so of course they’re possible. If you don’t believe there’s that kind of personal God, well, miracles are a much bigger ask. So your base beliefs really do play a role here in how you answer this question.

But it’s also important I think that we define miracles fairly. Many thinkers have defined miracles as violations of the laws of nature, which isn’t so much a definition as a way of ruling miracles out from the offset rather than probing whether they’re possible. I think a fairer definition is something like: miracles are unusual events that display unexpected power, often to make a kind of teaching point about God.

JOHN DICKSON: Actually, that’s how the gospels describe them, it uses the word “powers” for these things, and also the word “signs”. But I’m still curious to know why people are so darn sceptical about this stuff.

GREG CLARKE: Yeah, it goes back to the arch-sceptic, the 18th century Scottish philosopher David Hume. So Hume decided he was only going to believe in things that happened regularly and repeatedly, and he kind of defined miracles out of the question by doing that. He looked at the miracles of history and said no reasonable person would believe these things took place. In fact, Hume said that even if a miracle took place in front of him, if he witnessed something like a resurrection from the dead, he’d be disinclined to believe it because he’d already made up his mind that these kinds of things can’t take place.

JOHN DICKSON: That sounds so dogmatic to me.

GREG CLARKE: Oh, it is, he’s totally decided his view already, and I just think Hume was too sceptical. I mean, it’s good to be sceptical of claims about the miraculous, I mean I’m very sceptical myself about all sorts of claims people make, there are lots of bogus claims out there, but he just took it too far, because if you believe there is a God and miracles are possible, then the historical testimony that you mentioned has weight to it and needs to be considered. And I don’t expect everyone to come to the same conclusions about Jesus when they look at the testimony, but I just hope people will start from an attitude of open inquiry rather than sarcastic dismissal.