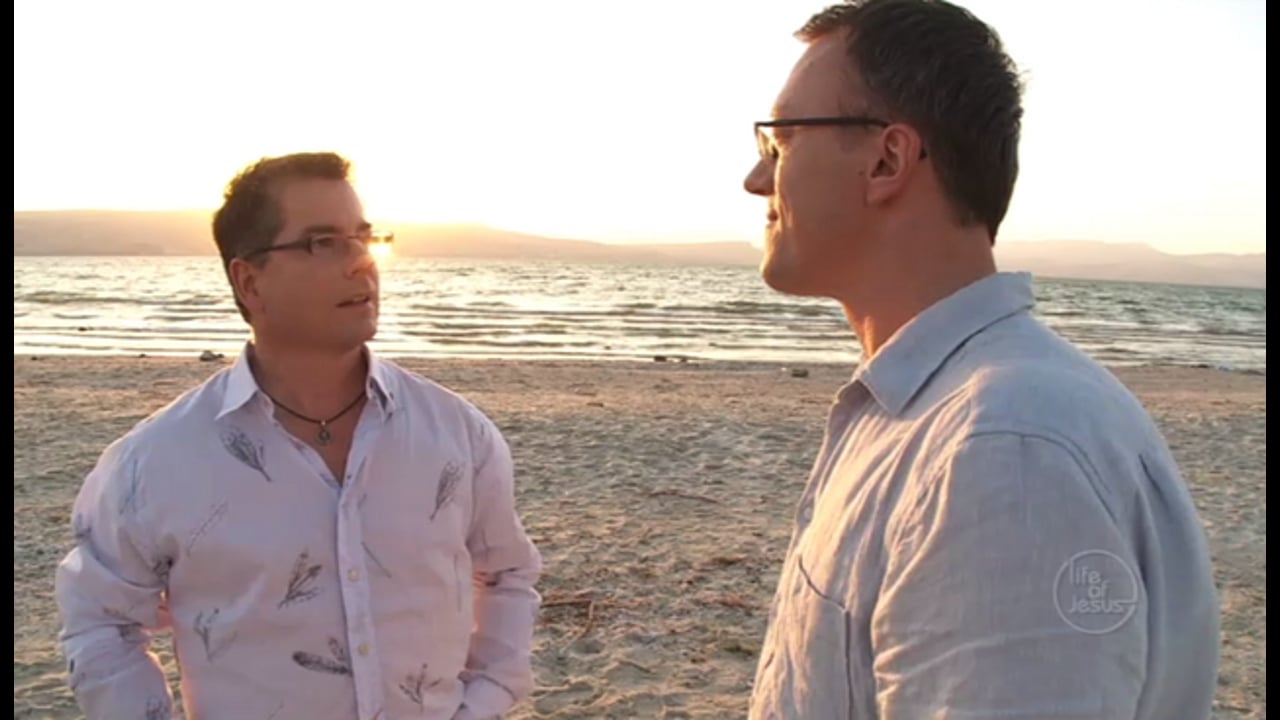 Behind the Life of Jesus: Can you be good without God?

Behind the Life of Jesus: Why don’t more Jews follow Jesus?

On the set of the Life of Jesus documentary, John Dickson and Greg Clarke chat about whether there is any basis for morality if there is no god.

JOHN DICKSON: Greg, on these shores, Jesus said so much about “the good life” – but can you be good without God? Because I think many people think they can.

GREG CLARKE: Yeah, and in a sense, you have to say yes to that question, I mean, there are plenty of people who do lots of good things without believing in God: they care for their families, they work hard, they even mow their neighbours’ lawns now and then – they’re good people. Humans just seem to be capable not only of great evil, but also of great goodness.

The harder question though is the philosophical question: is there any real basis for morality if there isn’t a god? And on this one I really struggle to see how that would work. You can come up with pragmatic reasons for why people should be good – for our community, to behave well together, or it makes me feel better to behave well – but if you’re looking for a deeper basis for right and wrong, you really are drawn back to the view that God’s character shapes the way that human beings ought to behave.

JOHN DICKSON: It sounds like you might be saying – or the atheists may hear you as saying – that they can’t be good, by definition.

GREG CLARKE: No, I’m saying all human beings do good things, and all human beings do bad things, and when you look inside our hearts, there’s a mixture of good and bad there. I mean I think people have really misunderstood Christianity on this point. They’ve thought that Christianity is just about “being good” and thinking of yourself as perfect. It’s actually almost the complete opposite. Christianity is about recognising that we’ve actually failed to live up to the standard of loving God and loving our neighbours, and Jesus when he taught about this said it’s not enough to just care for those around you, you’ve got to be directed in love towards God as well, that’s what goodness is about. And so we’re falling short of that all of the time. And I think it’s better on this question that we realise that we need a good God to give us a good dose of grace.