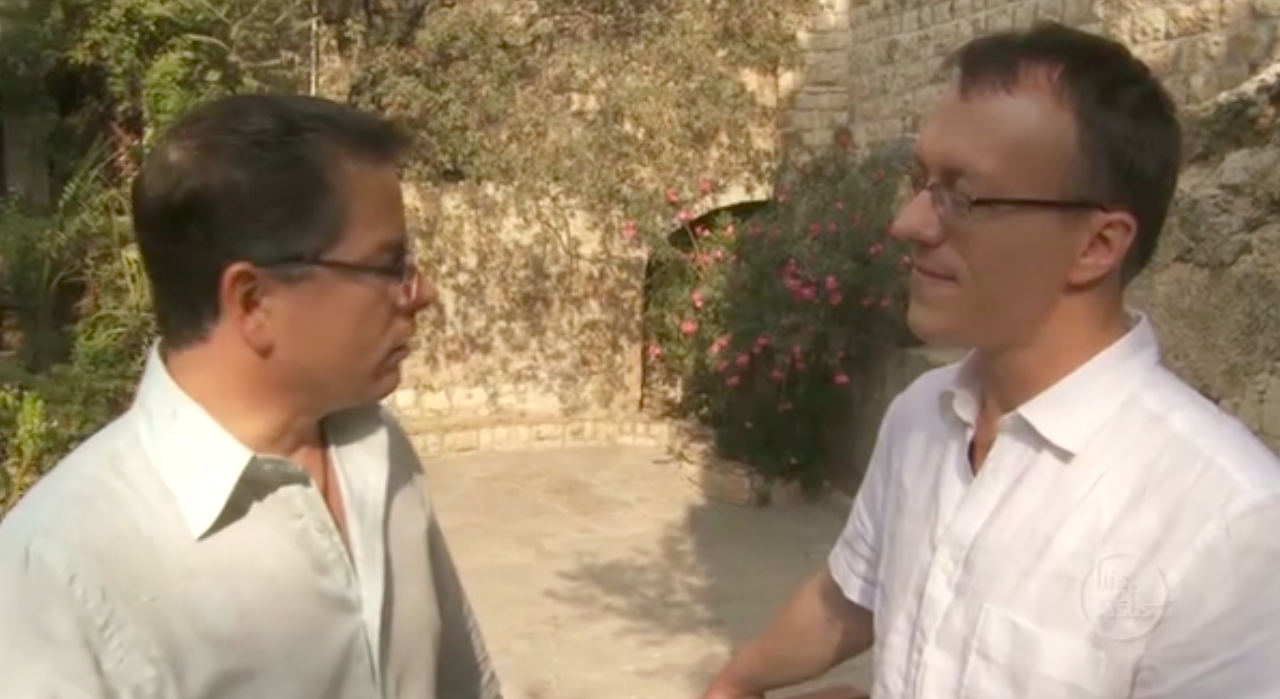 Behind the Life of Jesus: Is death the end?

John Dickson and Greg Clarke discuss whether there is life after death.

John Dickson and Greg Clarke discuss whether there is life after death.

On the set of the Life of Jesus documentary, John Dickson and Greg Clarke discuss whether the resurrection provides evidence for life after death.

JOHN DICKSON: Greg, we’re here at the famous garden tomb talking about the historical stuff surrounding the resurrection of Jesus, but it raises the deeper question: Don’t dead people stay dead? I mean, is there life beyond death?

GREG CLARKE: It is a weird thing, isn’t it? In the human experience, people stay dead. But all of us have some sort of instinct that that’s not enough, we want there to be something beyond. It’s our gut instinct, and lots of the religions and philosophies of the world have taught it. They teach all sorts of different things about what it means to survive death, from reincarnation, to the soul leaving the body and going somewhere else or becoming one with the universe. But the Christian teaching is very specific on this: it’s that there is a resurrection of the body. And we’re here at this tomb where Jesus possibly rose from the dead, and that’s one of the strong reasons you could believe that there is life beyond the grave, that there was an instance where someone rose. We know there was an empty soon after Jesus’ crucifixion, we know the tomb was empty, we know people independently saw him alive again, and we know the early Christians began to preach that he had risen very, very soon after the events.

JOHN DICKSON: All that history’s pretty solid, but it doesn’t get you beyond the “dead people stay dead” sort of thing, the philosophical question.

GREG CLARKE: Yeah, I can really understand people being very sceptical about this claim. But if you add in the belief that there is a god who is involved in the world, then there are no real philosophical barriers to thinking that god would raise someone from the dead, in fact, it’s imminently reasonable.

JOHN DICKSON: Couldn’t the whole just be like a wish fulfilment, that people long to survive death so they invent a story, a hope for it?

GREG CLARKE: I think it could, and it could be that this is a fulfilment of the human desire to survive beyond the grave. If you add in the evidence that it happened, then that belief perhaps can be fulfilled, and the fear of death might actually be assuaged.