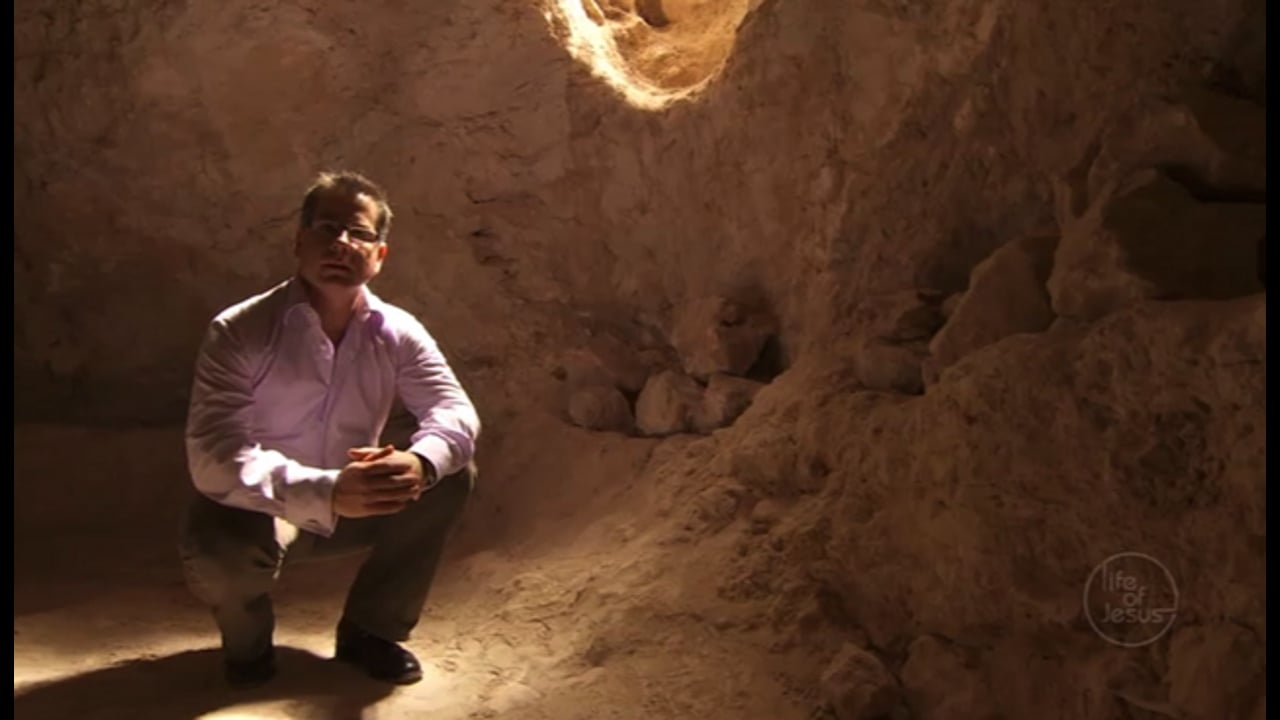 Behind the Life of Jesus: The unpredictability of death

John Dickson tells a traditional Middle Eastern parable to highlight the unpredictability and inevitability of death.

John Dickson tells a traditional Middle Eastern parable to highlight the unpredictability and inevitability of death.

On the set of the Life of Jesus documentary, John Dickson tells a story about the inevitability and unpredictability of death.

JOHN DICKSON: There’s a traditional Middle-Eastern parable about a master who sent his slave down to the marketplace in Jerusalem to fetch some goods, and while there, the slave bumped into Death himself, who gave him a very menacing look. The slave ran back to his master, begged his leave, and then fled to Bethlehem. Later in the day the master himself was down at the Jerusalem market, and saw Death and approached him, and said, “Why did you give my slave such a menacing look this morning?” Death said, “It wasn’t the look of menace, but the look of surprise. I was surprised to see him here at Jerusalem, when I have an appointment with him tonight in Bethlehem.”

It’s a light-hearted way of putting a serious point: there’s no place to hide from death.