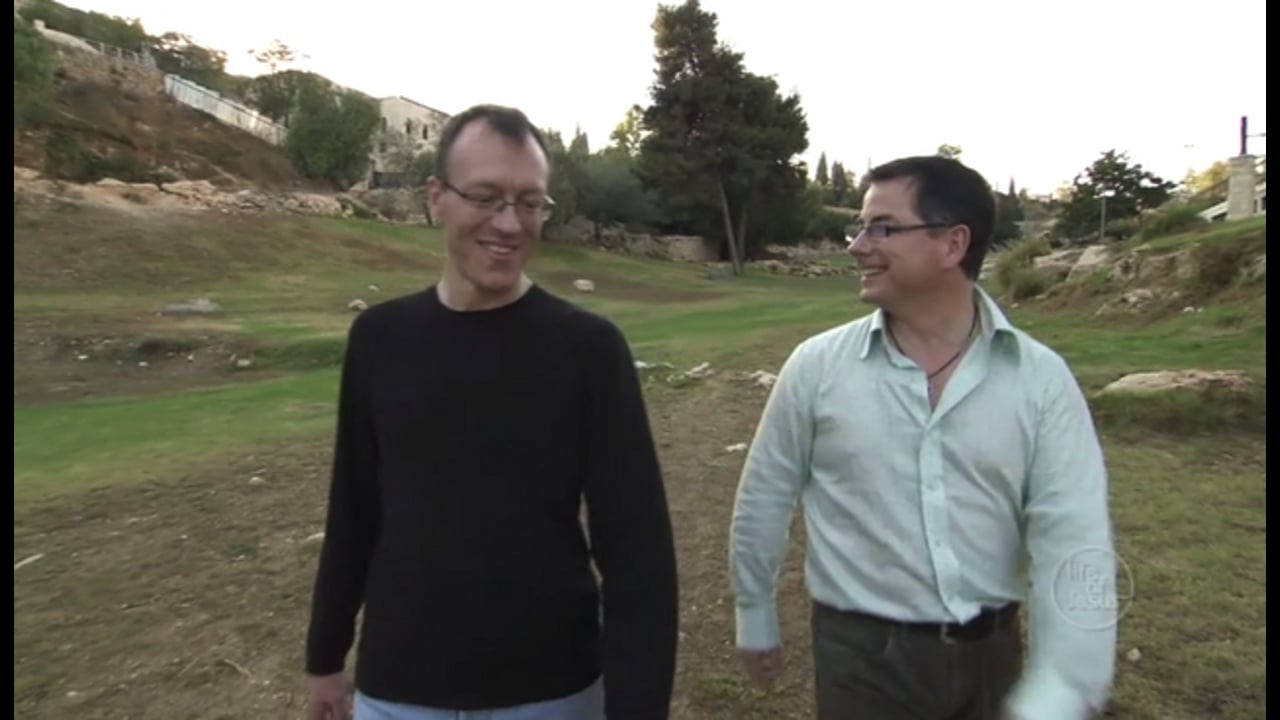 Behind the Life of Jesus: Where does ‘hell’ come from?

John Dickson and Greg Clarke on the importance of taking the Biblical description of hell seriously, but not literally.

John Dickson and Greg Clarke on the importance of taking the Biblical description of hell seriously, but not literally.

On the set of the Life of Jesus documentary, walking through Gehenna, John Dickson and Greg Clarke discuss the origins of the word ‘hell’, and the importance of not taking the Biblical descriptions of hell literally, but also not taking them lightly.

JOHN DICKSON: I’ve been told to go to hell many times in my life, and it’s bizarre to actually be here.

GREG CLARKE: Well, we’re here in hell at the moment, in fact, we’re told that in Jerusalem, hell’s the place you take your children on the weekend because there’s this beautiful play area behind us now. But it wasn’t always like that, in fact, this place we’re standing in is Gehenna, one of the most common images of hell in the New Testament.

JOHN DICKSON: Well, in fact, the word Gehenna appears 11 times in the New Testament and 10 of them are from Jesus’ lips – he spoke about it more than anyone else.

GREG CLARKE: And Gehenna really has grown actually as one of those – when you want to talk about judgement and hell, you say “Gehenna”, it’s the place where the ruin took place, bodies were thrown, there was rubbish, there were fires and stuff.

JOHN DICKSON: Well, yeah, in Jesus’ day this was the great rubbish tip where you burnt up all your refuse, but centuries before that it was also associated with child sacrifice – the Canaanites were said to have killed children here, and there’s a prophecy in the Old Testament about God coming in his burning judgement in this place: the valley of Hinnom, Gehenna.

GREG CLARKE: There’s something really important here about the way we think about judgement – it’s in the form of images. These things are not meant to be taken literally. Gehenna is what you refer to when you’re saying there’s a terrible place that you might go, that God could judge you and you could end up in this kind of state – things burning, things being destroyed – that describes what it’s like to be judged, but it’s not literal, is it?

JOHN DICKSON: And then people in the Middle Ages, they sort of made it literal, I’m thinking of Dante’s Inferno.

GREG CLARKE: Well, Dante constructed whole levels of hell that you could go down depending on what you’ve done. You look at paintings by someone like Hieronymus Bosch and there’s this clear, kind-of pictorial view of what hell is like – you can see the bodies, you can see the flames.

JOHN DICKSON: And they’ve sort of taken the New Testament imagery, which was imagery, and then run with it and put it on canvas.

GREG CLARKE: That’s right. But the other side of the coin is that there is something real that these images are referring to. You don’t take them literally but they are real. The reason that they’re so powerful, they’re so affecting is that judgement is real.

GREG CLARKE: We’ve got to take it seriously, and these are the kind of images that help us feel the weight of what it is to be judged by God.

JOHN DICKSON: I guess that is the balance, isn’t it? I mean, not literally, but not lightly either.