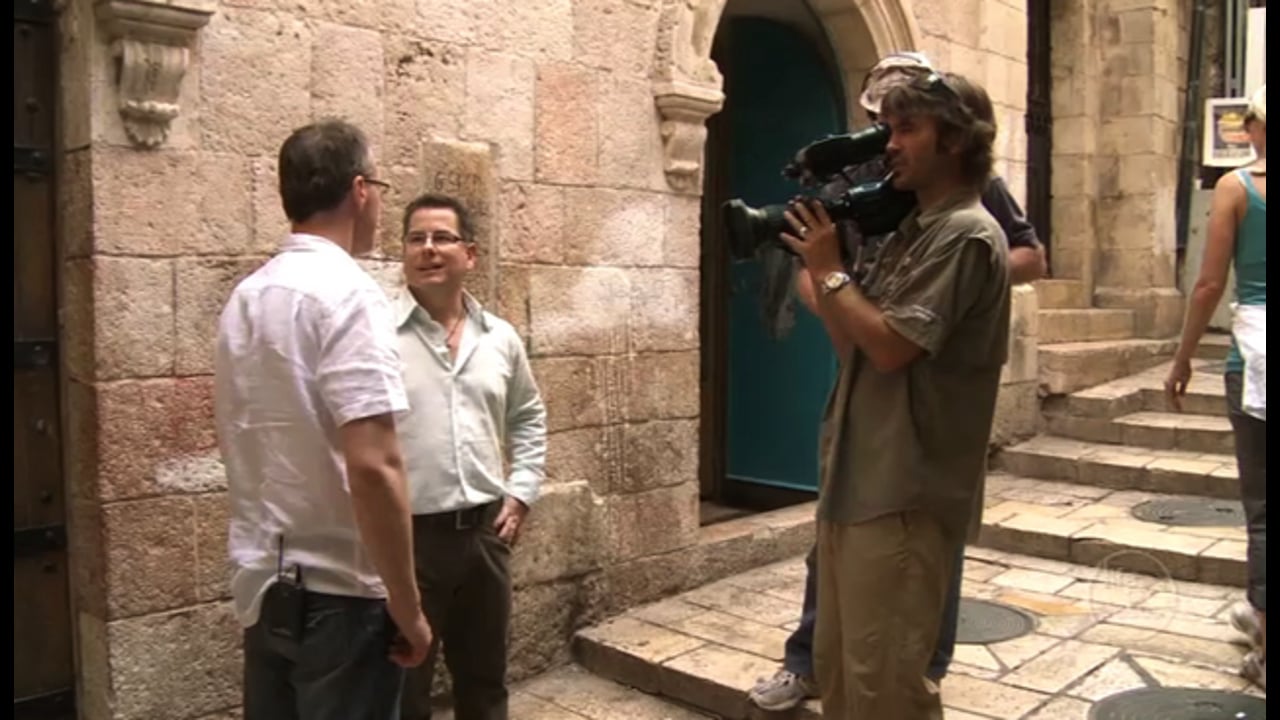 Behind the Life of Jesus: Why would God require a sacrifice for sins?

On the set of the Life of Jesus documentary, John Dickson and Greg Clarke discuss the important question: why did Jesus have to die?

JOHN DICKSON: So Greg, here we are at the famous stations of the cross, the Via Dolorosa, this is Station 6, meant to be the path that Jesus took to his crucifixion. But that whole thing raises the question I’ve been asked many times before: why the need for blood for forgiveness? Why couldn’t God just magnanimously forgive people?

GREG CLARKE: It’s a fair question, isn’t it? But the real problem is justice. For justice to be done, a price has to be paid, I mean we would be outraged if a criminal who’s done terrible acts just got away with it. Some price has to be paid for us to feel that justice has been done.

JOHN DICKSON: Sure, but some people would then say: why someone else? Why did God have to punish his Son – a third party – for what we’ve done?

GREG CLARKE: Yeah, I think it’s really wrong to think of God as some sort of cosmic child-abuser, which is the phrase that’s sometimes used. In Christian theology, the teaching’s always been that Jesus is divine – Jesus is God – and so the way the Bible describes this is that God was in Christ reconciling the world to himself, so it’s not a third party, it’s God dealing with the problem of sin in himself. An image that really helps me with this is the judge, standing in front of the lawbreaker, and instead of condemning him, coming down from his seat and paying the fine himself. Now, Jesus is described as that judge, so he can do it, he has the right to pay the fine, he’s the judge of humanity in Christian teaching. And when you look at it that way, the cross becomes not an image of torture and brutality, but a source of life and love.