Tim Costello on how the recent Australian bushfires have caused people to come together and find a common humanity.

Working at the frontlines of humanitarian aid, I’ve been to most of the world’s natural disaster zones in the past 17 years. But there is something quite different and profound about the terrible bushfires that have swept our nation. The only nation continent on earth.

In most natural disasters, the effects are localised. After, for instance, an earthquake, flood or hurricane, the aid agencies move in rapidly to cope with immediate needs and then help with rebuilding.

But our fires are on a scale seldom seen in a first-world country. The carry-over effects sent oppressive smoke around the world and blanketed our own major cities, stopping sporting events and triggering respiratory health anxieties.

It sounds awful to say, but I never feel more alive than when I am in the midst of a disaster and that is because you often see the best of humanity. Recently in Australia I’ve witnessed many people come together, lay down disputes, forget trivial worries and find a common humanity.

While there have been documented instances of looting and fund scamming, there are many more reports of altruism, bravery and kindness. 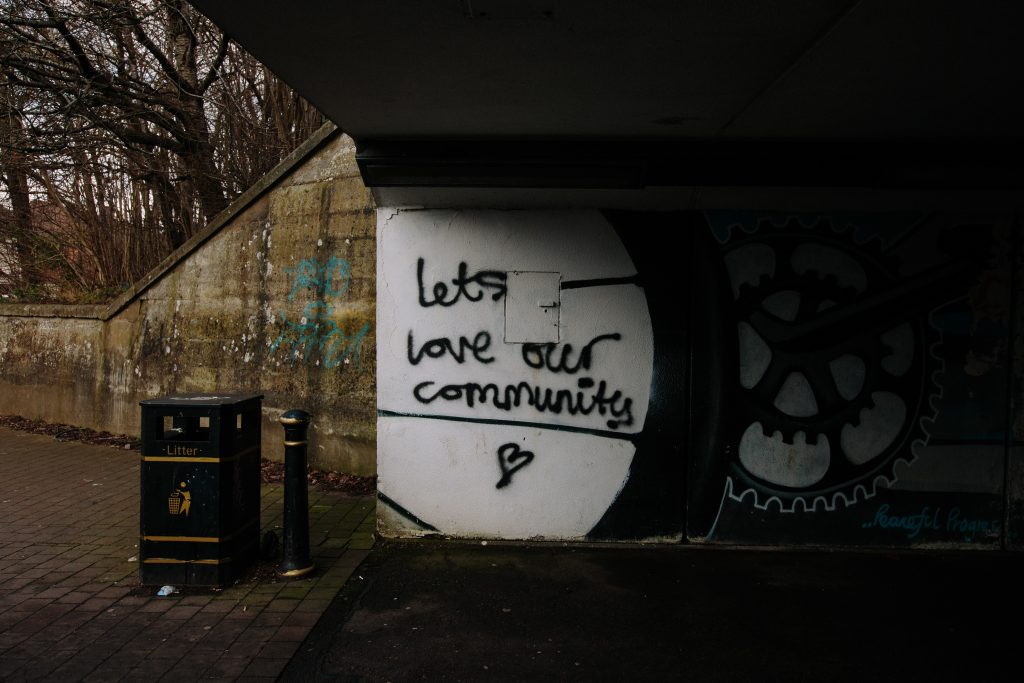 The experience for most people during the immediate crisis was one of coming together and it has refocused us all in intense ways. Good people have stepped up everywhere. The worst of times can surely bring out the best in people.

Families have taken in displaced victims, some have risked their own safety by delivering food and supplies to danger zones, or taken animals to shelters and others have held hands with strangers and prayed together.

Many have generously given their sweat, time, comfort and money to aid those in dire need. It’s as though we have all become family. As a nation, we have bonded in adversity and perhaps discovered a deeper awareness of grace.

There is also a welcome sense of heightened compassion in our community. Many have lost everything they owned but, thanks to the kindness of strangers, they have not lost hope.

The most common emotion expressed recently on Australian streets was probably “sadness”. Love was a close second. But anger has also been on stark display, as people process the scale of the loss and seek to assign blame.

The hunt for heretics has mostly been of the political or ecological variety. But there’s an existential element to this also – and, to my disappointment, even the odd voice claiming the bushfires were God’s way of punishing Australia for our godlessness. In fact, in the Gospel of Luke, Jesus specifically discourages his followers from equating tragedy with divine punishment.

We may however be seeing the result of our past ecological “sins”. The general belief now is that climate change is an undeniable reality and a consensus has emerged that we have to better deal with our emissions. This bushfire season, more than 10 million hectares of land has already burned, with the resulting CO2 release of 400 million tonnes, nearly Australia’s total annual greenhouse gas emissions last year.

Human suffering is hard to understand. And yet it is a reality on this rugged planet.

Are our hearts made to be broken?  No – but the cracks that appear can open us up to become more empathetic and compassionate to our neighbours.

In my roles as a humanitarian aid leader, as a minister and social justice campaigner, I know much about people’s pain. Life is full of unchosen circumstances and sooner or later we all experience pain and loss.

The defining moment of our lives that matters is how we respond to tragedy and loss.

The fragility of life is all around us; but in it we are not abandoned.

According to a saying of Jesus, not one sparrow will fall without God knowing about it. Our wildlife is also created and loved by God. He added that we are worth much more than sparrows and God knows every hair on our heads. This communicates that we are seen, that we are loved and that we matter. But while God loves the sparrows, and us, he does not always prevent sparrows and humans from falling. The fragility of life is all around us; but in it we are not abandoned.

We live, as Thoreau put it, “lives of quiet desperation’’ unless we can sense something beyond sight and human understanding. Responding to what happens around us shapes who we become.

Holocaust survivor Elie Wiesel said: “The opposite of love is not hatred, it’s indifference…to be indifferent to suffering is what makes the human being inhuman.”

I am proud that many Australians have not been indifferent to the sufferings of their neighbours. Hope and an outpouring of love are already visible results of the bushfire catastrophe. The deepest longing is to know that you are not invisible and that you matter. To give and to reach out to those overwhelmed by this disaster is a deep expression of love, community and true humanity.

Tim Costello is a Senior Fellow at the Centre for Public Christianity.

This article first appeared in The Herald Sun.