Camelot and Narnia and the myths of our time

Simon Smart on the legacies of JFK and C.S. Lewis who died on the same day 50 years ago.

Years ago, standing before the grave of John F Kennedy in Arlington cemetery – the eternal flame flickering and quotes from the fallen leader's speeches carved into stone surrounding the place where Jackie also lies now – it was hard not to feel something of the tragic romance of the place. This was America's fabled Emperor, cut down in the prime of life and on the cusp of great things, lying with the love of his life in an eerily beautiful place overlooking the grand monuments of Washington below.

The problem was, by the time I found myself in that place of pilgrimage there was already a raft of biographies in existence that told a very different story to the one that Time Life photographers documented of the Kennedy White House years as America's Camelot. Christopher Hitchens described the Kennedy myth as being built on “the calculated combination of sex, showbiz, money and bravado,” and claimed that the whole thing amounted to “phoney glamour” – a meretricious cult that is rightly now considered meaningless. 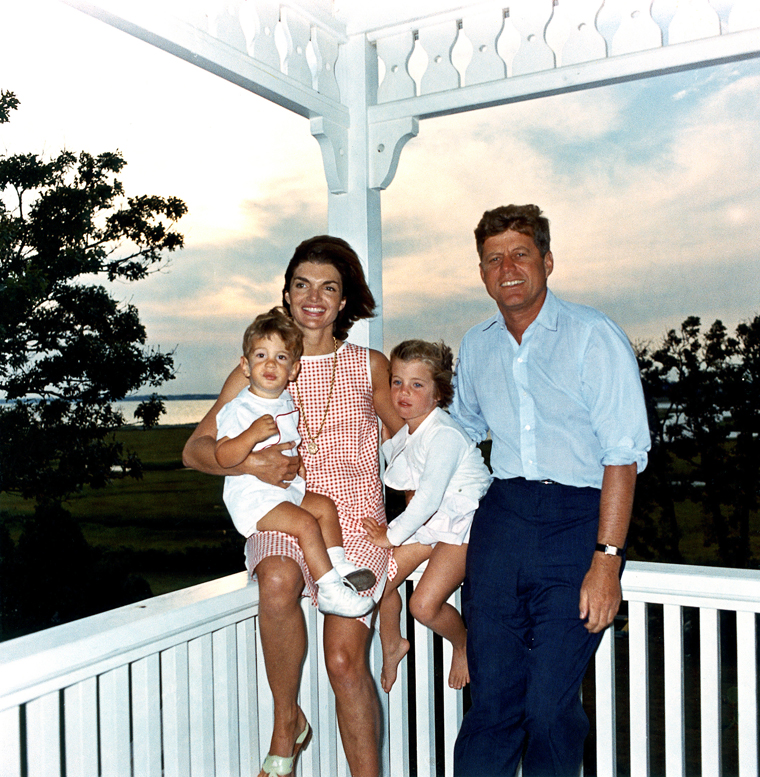 There are still those who feel a stirring in their heart before an image of the young couple with the movie star good looks frolicking with their children on the beach at Hyannis Port or in the Oval Office. But even the most devoted of Kennedy supporters these days must admit that the story is at best a tarnished and tawdry version of the original.

We now know that despite the carefully crafted image of the young and vibrant president taking on the highest duties of the land, Jack Kennedy was a physical wreck. He was ravaged by crippling back pain, afflicted with Addison's disease, a fatal, progressive degeneration of the adrenal glands, as well as being beset with stomach, colon and urinary tract problems that were both painful and debilitating. For much of his life and certainly his presidency he was propped up with a cocktail of drugs – painkillers, cortisone, novocaine and a concoction by one of his doctors that was designed to combat low energy levels. It is well attested that some serious pharmaceuticals were required to get him through key moments like the Cuban Missile Crisis and the disastrous meeting with Khrushchev in Vienna.

But there is no doubt that “dark side of Camelot” was at its darkest when it came to the Kennedy marriage. While the world liked to think of Jack and Jackie as the great love story of the age, insiders knew this to be an utter fiction. Biographer Nigel Hamilton presents JFK's approach to marriage and extramarital activity as more Caligula than Romeo. If even a fraction of the stories that are told of the president's multiple indiscretions and dalliances in the White House are true, it's a sordid tale of astonishing proportions. Clearly an addict, Kennedy had a reckless approach to sexual conquest that amounted to cruel indifference towards Jackie and even the many women who succumbed to his spectacularly successful Don Juan charms. This week we mark 50 years since that terrible day in Dallas that shattered the Kennedy dream and froze him in time – eternally young and full of promise. But whatever is left of Kennedy folklore is these days accepted to be just another bedtime story we told ourselves.

In a strange quirk of history, one hour before Kennedy's motorcade slowed to take the right-angled turn into Elm St in Dealey plaza and into an assassin's path, across the Atlantic in his home in Oxford, C. S. Lewis, that other creator of imaginary tales and fanciful worlds, slumped to his bedroom floor and died. He was 64 years old, and despite being a famous poet, literary critic, university lecturer and author of the Narnia Chronicles, his death was overshadowed by that of Kennedy. Many of Lewis's friends did not hear of his death in time to make his funeral, such was the blanket coverage of the President's killing. Lewis's fantasies, that include such universally loved novels as The Lion, the Witch and the Wardrobe, Prince Caspian, and The Voyage of the Dawn Treader continue to have an impact today, as both books and blockbuster films.

As a young man, Lewis was an outspoken opponent of religion.

“There is absolutely no proof for any of them,” he wrote, “and from a philosophical standpoint Christianity is not even the best. All religions, that is, all mythologies to give them their proper name, are merely man's own invention.”

But his atheism began to crumble after reading G. K. Chesterton's Everlasting Man, and at Oxford he was heavily influenced by believing friends, JRR Tolkien, Owen Barfield, and Hugo Dyson. Despite his resistance, Lewis eventually became, first, a theist and then a Christian, describing himself as “the most reluctant convert in all of England”.

He spent the rest of his life promoting “Mere Christianity” or what he perceived to be the core of the Christian message. He was adamant that Christianity is a statement which, if false, is of absolutely no importance, but if true is of infinite importance. “The one thing it cannot be is moderately important,” he said. He wrote academic works and much theology, but the creation of the Narnia series beginning with The Lion, the Witch and the Wardrobe in 1950, ensured his enduring fame. In constructing these stories he hoped to steal past the stained glass and Sunday school associations of religious faith and to give the Christian story a potency for children that might otherwise be lacking. Famously, Aslan, the much loved Lion, is unmistakably a Christ figure who sacrifices his life for the sake of a traitor, but then, resurrected, comes to defeat the white witch and restore order in Narnia.

Lewis believed he was not just using his imagination for invention, but in creating these fairy tale worlds (such as Narnia) he was writing about “the divine, magical, terrifying and ecstatic reality” of the world we actually live in. He wanted children to be confronted with the fact that they live in a world of death, violence, wounds, adventure, heroism and cowardice, good and evil, but also that behind that reality is the even more substantial reality of God. His 'myths' were not about deceiving readers, but imaginatively revealing what the world was really like. In this sense Lewis believed his fairy tales were about the really real – in Lewis's mind a profound, frightening but wonderfully exciting reality.

Some will say that C. S. Lewis's fantasies were just that – make believe – with as much substance as the Kennedy-Camelot myth. But, as Oxford Professor Alister McGrath reminds us, plenty of people not only enjoy Lewis's world of Narnia because there are great adventures and characters and stories of love, betrayal, forgiveness and hope, but also because they sense that these stories resonate so strongly with the deep structures of reality. Lewis had come to believe that the grand narrative of Christianity was not only true, but also that it made sense of every other story, including our own.

Perhaps this is why he dedicated The Lion, the Witch, and the Wardrobe to his goddaughter Lucy Barfield with the inscription: “Some day you will be old enough to start reading fairy tales again”. Lewis's hope was that she would find her way back into Narnia, not as some escapist fantasy but as an entry into the real world itself. If Lewis was on to something, then it's unsurprising that Narnia has outlasted Camelot, and is likely to endure long after we break faith with the myths of our time.

Simon Smart is a Director of the Centre for Public Christianity and the co-author with Jane Caro, Antony Loewenstein and Rachel Woodlock of For God's Sake: An Atheist, a Jew, a Christian and a Muslim Debate Religion.