“Candles and prayers”: The German church and the fall of the Berlin Wall

I have a piece of the Berlin Wall on my desk at home that someone bought for me in a store in Germany in the early 1990s. It’s possible — perhaps likely — that the provenance of this treasured possession is actually the result of a budding East-German entrepreneur, newly alert to the opportunities afforded by capitalism, spray-painting his driveway before jackhammering the cement for the desired effect. But it looks authentic and I’m happy to believe it is.

It’s thirty years since the Wall came down so suddenly, unexpectedly and joyously. This symbol of the might of Soviet Communist oppression is now — in large and small pieces — to be found in museums, hotels and universities, and in the homes of artists, historians and tourists. Ironically and poetically it has come to symbolise freedom, beauty and creativity.

For those who grew up with the looming threat of nuclear annihilation, the collapse of that wall is embedded in our consciousness.

Images of Red Square military parades and impassive men on Kremlin balconies, along with a steady stream of spy novels and films, had created the aura of a vast, impenetrable evil when it came to the Eastern Block. These were days when it was hard to imagine that the “iron curtain,” made visible by Berlin’s bulwark of concrete and barbed wire, would ever fall. But fall it did, and this week we recall those strangely euphoric days — “the greatest street party in history,” as Timothy Garton Ash famously described it. 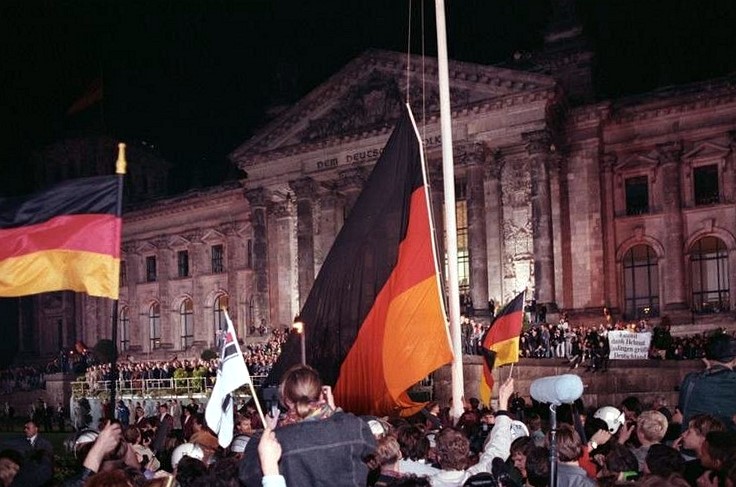 It turns out that street party was sparked by accident, when a communist official, Günter Schabowski, mistakenly announced at a press conference that unlimited travel for East Germans would be allowed “immediately” when in fact the government’s intention was to introduce temporary travel permits that would need to be applied for in the usual manner. Schabowski’s comments were interpreted as a decision to open the floodgates, and by the time border guards were confronted with tens of thousands of eager travellers demanding to be let through, it was too late. The party was underway.

There are many reasons for the fall of the Berlin Wall, and the collapse of communism. A conspicuously failed economic system, disillusionment with Marxism, political pressure from the West for more openness and the reform agenda of the Soviet leader Mikhail Gorbachev among them.

A less known but vital part of the story was the German Peace Movement that began in East German churches from about 1980. Among a population driven to paranoid suspicion and fear by the pervasive network of Stasi officers and informers, the churches became a base for community discussions and agitation for change. They provided a rare forum to express hunger for individual freedom and a peaceful resolution to Cold War conflict.

In September 1983, at the Protestant Church Congress in Wittenberg, German Pastor Friedrich Schorlemmer organised to have a sword melted down and turned into a ploughshare. This provocative demonstration was picking up on the Old Testament’s vision of peace in the prophets Isaiah and Micah. In East Germany, this became a powerful symbol of a non-violent push for change. It’s remarkable he got away with such an overtly political statement — in those days, and in that place, most people did not.

“Blessed are the peacemakers for they shall be called children of God.”

But it was the grungy, unremarkable city of Leipzig that became the epicentre for popular opposition. From 1980 the Church of St. Nicholas, with only a small congregation of worshippers, began to host Monday night “Prayers for Peace” meetings. Under Pastor Christian Führer, these meetings, which would begin with people reciting the beatitudes from Jesus’s Sermon on the Mount — “Blessed are the peacemakers for they shall be called children of God” and so on — soon became a regular meeting where believers were joined by anyone interested in discussing environmental care, disarmament and the right to travel freely.

Momentum built over time. Those gathered would end the meeting by marching together through the streets calling for change. By 1988, 600 people would meet on a Monday. This swelled to 4,000 in September 1989. When, in early October of that year, the government cracked down with arrests and beatings, the stage was set for serious confrontation and the possibility of brutal violence against the protestors. The government promised as much and hospitals were readied for the carnage to come.

On 9 October, in an atmosphere of resolute defiance among both the protestors and the authorities, 6,000 people (their number including hundreds of Stasi officials) turned up to the church, and another 65,000 in the surrounding streets. It was easily the largest anti-communist demonstration in the country’s history.

The crowd set off on a march, holding candles and linking arms, waiting for what seemed an inevitable massacre. Organisers feared the worst but implored their people not to give the riot police any excuse to act against them. The marchers held banners proclaiming, “We are the people,” and called out their slogan, “No violence.” Astonishingly, inexplicably, the guns remained silent. “The only thing [the government] weren’t prepared for was candles and prayers,” said Pastor Führer.

Players in this drama, like Christian Führer, represent some of the best the church has offered.

Fifteen days later, 300,000 people turned out on the streets of Leipzig. It became the inspiration for the escalated popular opposition around the country that put so much pressure on the East German regime. These were vital ingredients in what eventually bringing down the wall. Leipzig earned the nickname the “hero city.”

In the days of the Nazi threat, the German church’s story was one of catastrophic failure — collusion, widespread cowardice and self-interest. The role of churches in the demise of communist East Germany, while only one of many factors, is a brighter story. Players in this drama, like Christian Führer, represent some of the best the church has offered: commitment to the greater good; true community engaging, not only the faithful, but those outside the church in a common and righteous cause.

These figures also embodied the radical and counterintuitive teaching of Jesus to resist evil but to refuse violence in doing so. That kind of rare commitment has, on occasion, produced surprisingly positive outcomes: Martin Luther King, Jr and the Selma marches; Nelson Mandela and Desmond Tutu in post-apartheid South Africa. The Leipzig protests, and ultimately the fall of the Berlin Wall, belong in that noble tradition.

Simon Smart is Executive Director of the Centre for Public Christianity and co-host of the historical documentary, For the Love of God: How the church is better and worse than you ever imagined.