Paul Kidson explores the ethics - and indignity to employer and employee - of being sacked by SMS.

Businesses must always face tough decisions head on, but there’s got to be a better way than delivering news of sacking or redundancy through the “ping” of an SMS or email arriving in an Inbox. The recently reported case of nearly 100 employees of Hutchison Ports in Sydney and Brisbane being sacked by SMS is cause for probing deeper into technology use in the workplace. Perhaps Hutchison Ports is an exception and the deserved outrage will get buried in an ever-changing media cycle or the next political faux pas. Or perhaps more examples might emerge once disgruntled (former?) employees summon up the tenacity to expose a more widespread practice. If so, this issue may be significant enough for us to reflect upon more broadly.

Running a business in a competitive and ever-changing economic climate is not easy, nor for the faint of heart. Corporate Australia has a range of legal and moral obligations to operate effectively and in the long term interests of their companies, so much so that these are enshrined in legislation. It is axiomatic that businesses must continue to review, refine, and even restructure their operations to remain viable and prudent. In doing so, hard decisions are made from time to time, some of which adversely impact employees.

There are real human costs to these decisions. Families lose income and some employees lose job security; relocation can ensue, especially in vulnerable regional communities, compounding social impacts of these decisions. Balancing the needs of a company and the impact on its employees is just one of the onerous responsibilities business leaders assume when they take office. 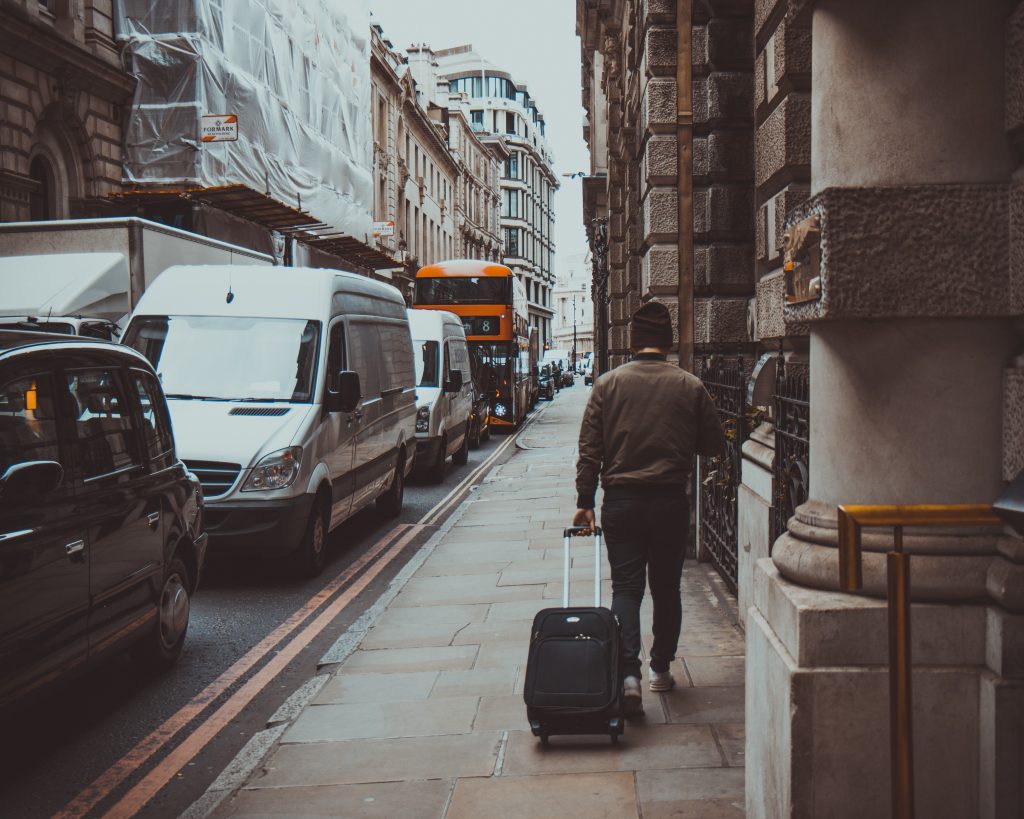 It is well known that technological change has been frantic in many workplaces, but Hutchison Ports notifying staff of redundancies via SMS and email highlights a dark side to technology use in the workplace, especially its social media manifestation. First, many workplaces have had to grapple with the intrusiveness of social media on productivity. Debate has raged about whether to allow workers to access Facebook, Twitter and other social media platforms during working hours. Many companies have banned access, while others have been more liberal in not only permitting access but actively encouraging it. The purpose for which social media is being accessed results in one company’s proscription and another’s prescription. For company executives, it’s a legitimate question to ask of employees, but, in fairness, it must also be asked alongside the question of how long some executives spend, on company time, preening their LinkedIn profile.

Second, anecdotal reports of workers reporting in sick via SMS or email across many workplaces might give pretence of legitimacy to actions like those of Hutchison Ports. The argument goes that what seems okay for workers must be okay for management. In many workplaces, ringing a supervisor first thing in the morning (or start of a shift) has been longstanding standard practice, but as more efficient technologies have emerged, this has changed. The “absence phone” has been superseded in some workplaces with “speech to text” email software, converting voice messages into emails. In workplace cultures where such technology exists, it could reasonably be argued that dismissal notification by SMS or email is at least consistent with other company practices. Indeed, Leader of the Government in the Senate, Senator Eric Abetz, said as much through comments which appeared incendiary to affected workers and their union representatives. The suggestion that use of SMS to sack staff “may have been an ‘appropriate’ form of communication” has, not surprisingly, failed to quell criticism of Hutchison Ports or Senator Abetz.

The problem with actions like those of Hutchison Ports is not about the technology; it is about dignity. It’s easy to make a decision to cut jobs and save the financial report. It’s not easy to front another person and give them the news, face to face, that they have been chosen as the sacrifice on the altar of shareholder demands. It’s easy to “scale down operations” to “help the company”, because these are impersonal and amorphous. It’s not easy to inform another human being they will wake up tomorrow unsure how they will provide for their family in the coming weeks, perhaps even months. Take the case of Holly Mathewson who told the ABC, “[I’m] shattered. My dad works here, my sister works here, we’re all gone”. Because it’s not easy to do does not mean it’s legitimate to avoid.

The response by unions to these actions has been, quite rightly, outrage. Union representatives, both state and national, have told how workers have been “disappointed and frustrated” because Hutchison Ports has “treated [their] employees unfairly”. Underpinning the notions of fairness and trust articulated through this debate is a surprisingly transcendent spirit, that of renowned Australian unionist, William Guthrie Spence (1846-1926).

Spence’s uncompromising commitment to workers and their families was played out through a life committed to civic service, including election to both the NSW and Commonwealth Parliaments. Spence’s political and historical significance was memorialised in 2003 through the naming of the Australian Workers’ Union Melbourne office in his honour and, more recently, at the 2013 AWU National Conference by (then) Prime Minister Julia Gillard’s evocation of his legacy. “If [Spence] was able to be here and sit with us tonight”, opined Prime Minister Gillard, he would be impressed we have “held dear to that passion, his values,…the values of the Australian Workers’ Union”.

He approached the struggles of labour reform based on a fundamental belief in the dignity and worth of all humanity.

Spence’s “passion” and “values” were not driven solely from a political or economic philosophy, but from his widely acknowledged Christian faith. He approached the struggles of labour reform based on a fundamental belief in the dignity and worth of all humanity. In an overview of Spence’s notion of civic service, historian Melissa Bellanta observed he gave far less consideration to class distinction than often characterises more contemporary debate on industrial relations. For Spence: “the vital distinction was not between capitalists and wage-earners, but rather between those who produced something of value to the community and those who did not.”

Spence believed that the cultivation of common humanity through self-sacrifice, loving each other and allowing “feeling rather than intellect” to guide our actions could lead to better social outcomes.

By resisting social distinctions based on class, Spence reflects an orthodox Christian view that our worth comes from being created in the image of God, not whether we own the means of production or not. Both the owner and the worker are alike in human value and should therefore be accorded respect and treated with dignity. It is this relational symbiosis which seems absent in the Hutchison Ports action.

Courageous and respected leadership requires executives at times to make hard, most likely unpopular and unpalatable, decisions. Those who are on the receiving end of these decisions are owed the dignity of being told of their fate face-to-face, regardless of how hard it may be for executives to do so. To avoid this is to diminish the inherent worth of workers who have dignity because they are made in the image of God. It is also to diminish the inherent worth of executives who are similarly made in the image of God; the indignity they show to workers reflects poorly on them, too.

Furthermore, the scorn and contempt that has been heaped upon them by angry workers and union officials might feel cathartic, but it is equally undignified. William Guthrie Spence might have reacted somewhat differently to this current situation, given his belief that negotiation and conciliation brought him at one point to describe strikes as “barbarous”. It is, of course, impossible to be sure, yet it’s hard to escape a nagging feeling that it would not be the language of “war” used by some within the union movement of which Spence was progenitor.