Humans everywhere and in all times have understood God or gods as extensions of themselves. This compulsion to humanise the (possible) divine is hardwired in the human brain: the process through which the concept of God arose in human evolution compels us to fashion God in our own image, according to Reza Aslan’s hypothesis.

We project on to our non-human God or gods our mortal emotions and desires, including our vices. And when we give God human qualities we in turn make those qualities divine – we fashion our religions and cultures according to human urges while convincing ourselves those urges are God’s, Aslan argues. 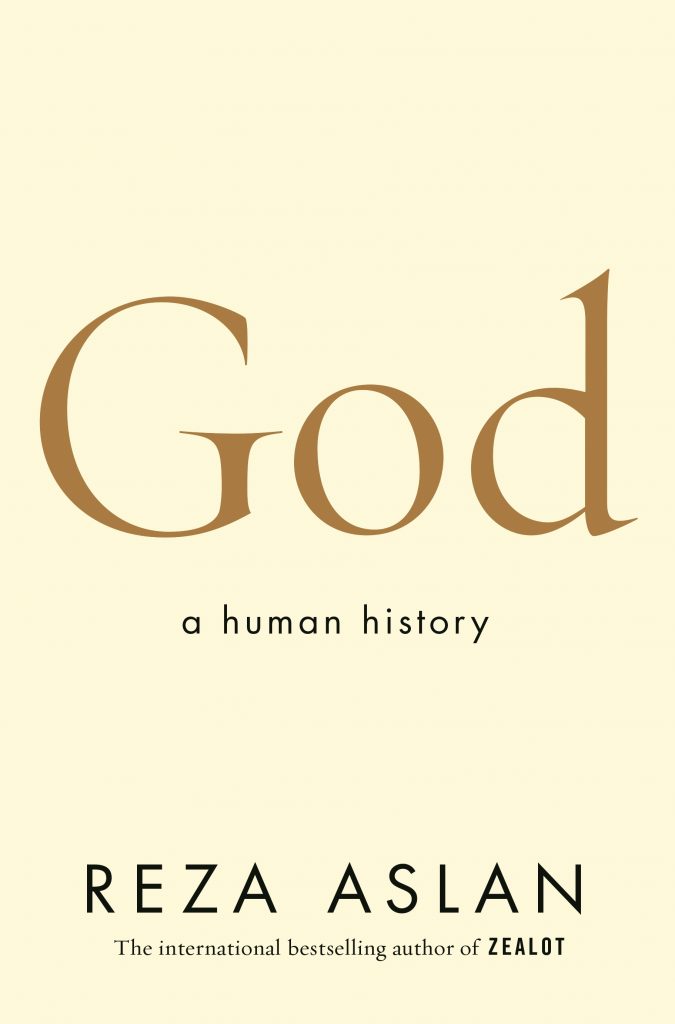 In fact, he says, religious expression is far older than humanity, as shown by Neanderthal burial practices and maybe a Homo erectus site that could be 500,000 years old. So we must trace our religious impulse – our desire for transcendence – deep into our evolutionary past to the moment we became human but – he concedes – even if we can do that the evolutionary advantage religion imparts, while much debated, is not obvious.

Belief in the soul, he suggests, is humanity’s first belief, and leads to belief in God/s. Religion is not rooted in a quest for meaning or fear of the unknown, or an accidental consequence of the complex workings of our brain, but flows from our intuitive belief that we are embodied souls.

Aslan traverses the main religions lucidly, though each might cavil at his description.

This is a fascinating but flawed book, in which the flaws too are fascinating. Aslan has worked hard and successfully to keep complex theories accessible, while covering a vast spread of time and religious traditions – partly by delegating abstruse discussions to the notes. The book is a benign 170 pages, with a further 25 pages of bibliography and 80 pages of notes.

If there really were a personal God, how could such a being reveal itself to humans?

It sweeps majestically across millennia, invoking all sorts of scientific disciplines, which Aslan combines into a coherent and enormously readable whole.

What are the flaws? Aslan is too much in thrall to the latest scientific and psychological orthodoxy and too reticent in acknowledging how incredibly speculative much of it is, especially evolutionary psychology. Far too often he adopts the locution “we know” when actually we don’t.

He allows no possibility other than human invention for the fact that the various religions employ human attributes and metaphors. For example, Islam insists that God is without form yet speaks of God’s hands, face and so on. Because of Islam’s unique literalism, this gives scholars a conundrum that, according to Aslan, they tend to avoid by focusing on law rather than theology.

But what Aslan fails to consider is the idea of revelation as an accommodation to human limitation. In other words, if there really were a personal God, how could such a being reveal itself to humans? Given that we learn by analogy, by assimilating knowledge into a framework, God would have to use human concepts as a starting point, be it anthropomorphic expressions such as hands or face or human attributes such as love, loyalty and obedience. And, of course, to anyone for whom the idea of God is anathema, this will seem like humans inventing God in their own image. But Aslan does not tackle such theological concepts as aseity.

So have humans invented God in this way? Each of us has to resolve that question for ourselves. Aslan himself, who was previously in turn a devout Muslim, Christian, then Muslim again, resolves it interestingly by the very New Age (but also ancient) idea of pantheism, which, he suggests, is accessible via most traditional religions and philosophy.

Pantheism holds that God and the universe are one. The world is God, we are God – God’s essence realised and experienced. Aslan says: “Think of God as a light that passes through a prism, refracting into countless colours. The individual colours seem different from each other, but in reality they are the same. They have the same essence. They have the same source. In this way, what seems on the surface to be separate and distinct is in fact a single reality, and that reality is what we call God.”

Such a view takes us full circle to Aslan’s account of early humanity.

Barney Zwartz is a Senior Research Fellow at the Centre for Public Christianity. He was Religion Editor of The Age for 12 years.