Easter promises us that death is not extinction

Barney Zwartz on grief and hope.

A woman I know lost her son to cancer seven years ago. Still struggling with grief, she finds one of the hardest aspects is that she can’t really talk about it. She finds it perplexing that, if she does mention the death, the most common response is an immediate change of subject without anyone even acknowledging what she has said.

Naturally, that just tends to deepen her pain and sense of disconnection. Yet the folk concerned are decent, well-meaning people. It’s not that they are callous, they simply do not know what to say, and feel it is dangerous ground on which to venture. 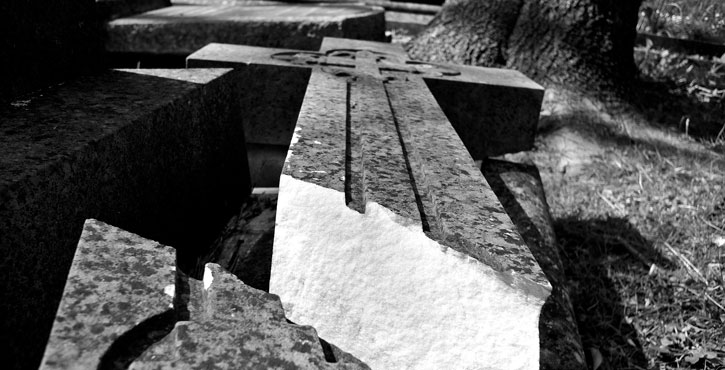 I think this is a symptom of modern society’s inability to deal with the one inescapable reality of human existence: death. We sanitise it, tuck it away out of sight.

Previous generations were much more immediately and directly confronted with death, because of higher infant mortality, more people dying at home, and other factors.

In the Middle Ages, people hoped for a lingering death, so they could make their peace with God and the people in their lives, set their affairs in order and prepare for the hereafter. Today, people tend to want to die in their sleep and know nothing about it.

Death is really what Easter is about, Christians believe. Death, the last enemy, is overcome by Jesus laying down his life – then rising again. The Bible says death could not hold him.

As the Apostle Paul writes to the believers in Corinth: “But Christ has indeed been raised from the dead, the firstfruits of those who have fallen asleep … For as in Adam all die, so in Christ all will be made alive. But each in turn: Christ, the firstfruits; then, when he comes, those who belong to him … The last enemy to be destroyed is death.” (1 Corinthians 15:20-26)

That is the magnificent promise of Easter. Death is not extinction and need not be feared, however much justifiable trepidation we may have about the process of dying.

John Donne, the metaphysical poet who became dean of St Paul’s Cathedral in London, put it superbly in his beautiful sonnet, Death Be Not Proud. It opens:

“Death, be not proud, though some have called thee
Mighty and dreadful, for thou art not so;
For those whom thou think’st thou dost overthrow
Die not, poor Death, nor yet canst thou kill me.”

“And poppy or charms can make us sleep as well
And better than thy stroke; why swell’st thou then?
One short sleep past, we wake eternally,
And death shall be no more; Death, thou shalt die.”