George Pell has fallen, but the cardinal’s legacy casts a long shadow

Barney Zwartz reflects on the conviction of Cardinal George Pell and its implications for the Catholic hierarchy.

So Cardinal George Pell – by far Australia’s best-known church leader of the past 25 years, the highest-ranked Australian ever at the Vatican, a confidant of prime ministers – faces a jail sentence for child sexual abuse. The dispenser of God’s grace (through the sacrament) has surely reached the nadir of human disgrace.

At his peak, as archbishop of Melbourne, then Sydney, in the late 1990s and early 2000s, Pell seemed an irresistible force. Trenchant, combative, supremely confident and with an imposing presence, he was a robust and forceful spokesman for authoritarian Catholicism and conservative social issues.

Such was his conviction and certainty, he relished being a polarising figure who was disliked by progressive Catholics and the many clergy whom he ruthlessly brought to heel when he thought them too liberal in their views or too flexible with the liturgy.

His reward was the near-adoration of sections of the church, a huge public profile, and a senior Vatican post.

His supporters admired his pugnacity at a time when most Christian leaders were reticent, and his willingness to defend what he believed in. He was a hard worker, committed to the church, extremely astute at church politics and, reportedly, genial company.

His critics found him arrogant, ruthless – in both senses of relentless and lacking compassion – and a man who made protecting the institutional church his highest principle, over people, including abuse survivors.

He always claimed to hate sexual abuse and stand against it, but his revolutionary 1996 Melbourne Response abuse protocol was criticised even at its introduction as too protective of the church over the needs of victims. It is hard to imagine a more hideous hypocrisy than launching such a protocol while abusing choir boys, but it would not be psychologically inconsistent to hate in others his own weakness, a possible attraction to children.

Child abuse … is as far from love, mercy or fidelity to God as one can get.

He surely understood what a betrayal of his priestly vows and of the Christian gospel child abuse would be. It is as far from love, mercy or fidelity to God as one can get. Whatever may have gone on in Pell’s mind, it did not affect his powerful public persona.

Today’s Pell is a shadow of that bombastic Archbishop but the decline has not been sudden. As he rose in Rome, battling Vatican corruption, he diminished in Australia.

His handling of sex abuse cases in Sydney was widely criticised (for using the so-called Ellis defence, which asserted there was no Catholic entity that could be sued), followed by a damaging appearance before the Victorian parliamentary inquiry into responses to sexual abuse in 2013, and a far worse one before the royal commission in 2016.

He came across as wooden, unsympathetic and unwilling to accept responsibility for church failings, instead blaming – as so many witnesses did – the dead or demented who could not reply.

Members of the Royal Commission were clearly incredulous at some of his answers. Worse still, giving evidence by video from Rome ensured he attracted wider international attention – it couldn’t be buried in a distant corner of the globe.

However overbearing his personality, Pell was a leader, and his absence in Rome and his fall from grace have left a vacuum which nature may abhor but to which Catholics have had to adjust.

Many faithful Mass-goers will be devastated at Pell’s conviction, and some are already convinced that he is a scapegoat for the appalling findings of the royal commission. 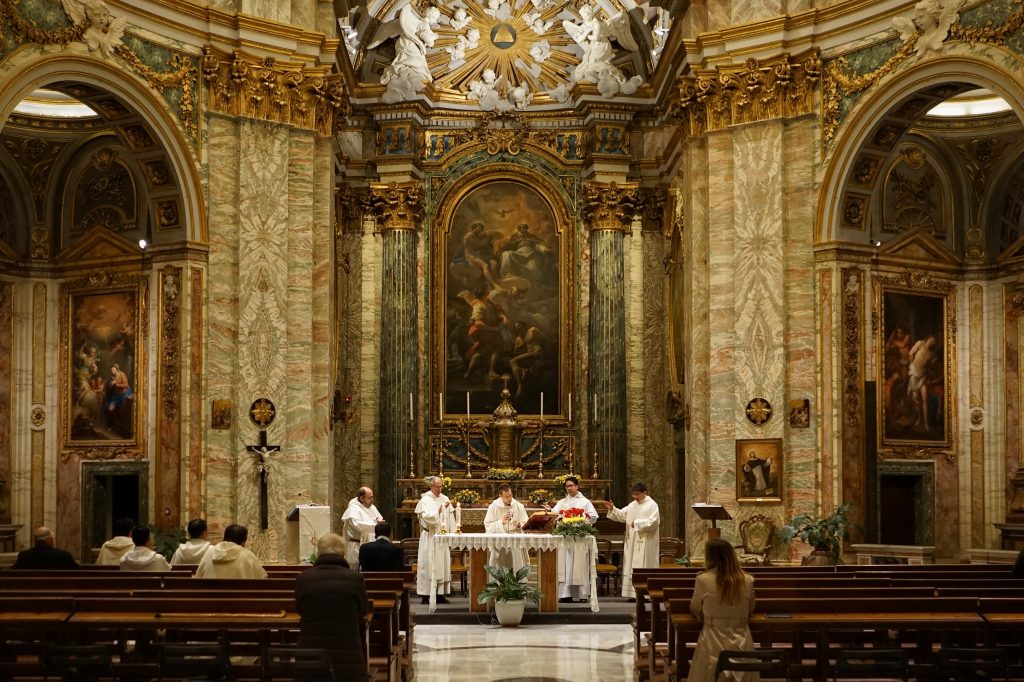 They point to the conviction of Adelaide Archbishop Philip Wilson, overturned as unsound. Pell’s guilty verdict by an independent jury undermines that claim. The last cardinal jailed was Joseph Mindszenty of Hungary, as part of Soviet persecution of Christians in the 1950s, a very different case.

Pell was exactly the sort of resolute bishop beloved of popes John Paul II and Benedict XVI because he shared their rejection of post-modernism and moral relativism.

Pope Francis does, too, but he sees clericalism – the idea that priests are specially entrusted with guarding the church’s tradition and teaching and deserve deference – as the church’s biggest weakness, while to his predecessors it was the natural order.

Francis calls it “a toxic sickness” and dislikes the inflexible dogmatism that was one of Pell’s chief virtues to Francis’s predecessors.

But Pell’s legacy is still prominent in the Australian Catholic Church, especially among the bishops appointed to key dioceses who take the same view of Catholicism.

For example, it was a shock last year when his chief protege (in terms of churchmanship), Sydney Archbishop Anthony Fisher, got as many votes as head of the Australian Catholic Bishops’ Conference as Brisbane’s Mark Coleridge (who won on seniority).

What now within the church? It presents an overwhelming challenge to the usually timid Australian bishops, who cannot publicly ignore the Cardinal’s finding. How will they explain this to the faithful? Traditionally, they say the bare minimum – and this time it is hard to blame them. But they must say more.

And what of that 12 per cent of dedicated Catholics who still go to Mass most weeks? A few more will surely drop off, but most are deeply embedded in their local parishes and relatively little affected by the hierarchy. They will not give up.

Barney Zwartz, a former religion editor of The Age, is a senior fellow of the Centre for Public Christianity.