God: an illusion, or just invisible?

Richard Shumack asks if it is even possible to prove God according to scientific criteria.

Earlier this year Australia was treated to a visit by one of the world’s most renowned cosmologists, and celebrity atheists, Dr Lawrence Krauss. A highlight of his visit was his appearance on ABC’s Q and A program where he took on Dr John Dickson from the Centre for Public Christianity in a discussion about whether God is required for the universe to exist.

Krauss is now back, this time to tackle one of the world’s most eminent philosophers, and most celebrated (by evangelicals at least) Christian apologists, Dr William Lane Craig. In Brisbane, Sydney and Melbourne in August Drs Craig and Krauss will face off in a series of debates concerning whether the origin of our universe is best explained by natural or supernatural causes. Krauss will, doubtless, argue for a purely natural explanation in which appeals to the idea of a divine creator are illusory (or even delusory); Craig will, if true to form, argue for a supernatural explanation in which an invisible God best explains the nature of reality.

Many find these sorts of debates interesting because they play into a popular conception that there is necessarily some battle raging between the disciplines of science and philosophy. Dr Krauss, for one, does little to dispel this notion and everything to make the case that the battle is real and that science will inevitably emerge as the winner. Professor Stephen Hawking has already declared victory. He boldly stated that: “…philosophy is dead. Philosophy has not kept up with recent developments in science, particularly physics. Scientists have become the bearers of the torch of discovery in our quest for knowledge.”1

Surely, for example, the intangibles and ‘immeasurables’ we experience in knowing love or beauty or heartbreak are more important to most of us than simple facts?

The problem, of course, is that it is incorrect – not to mention intellectually lazy – to frame the relationship between science and philosophy in this way. There is no raging battle. Instead, neither empirical science nor analytic philosophy can operate without each other. On the one hand philosophers must wrestle with ‘scientific’ questions concerning the relationship between evidence and true belief. On the other, scientists must address philosophical questions concerning just how much science can deliver in terms of human knowledge. This is easy enough to see. Hawking’s claim is necessarily philosophical in the sense that it implicitly posits a theory not just of science but also of knowledge – and a controversial one at that. He is claiming that scientific knowledge is the only important knowledge. But why should we think that?2 Surely, for example, the intangibles and ‘immeasurables’ we experience in knowing love or beauty or heartbreak are more important to most of us than simple facts? In the same way Craig’s claim is necessarily scientific in the sense that he marshals arguments for how all the available evidence points to the likelihood of there being a divine designer and creator.

What this means is that if we are to arrive at a satisfactory conclusion concerning whether the origin of the universe is best explained by natural or supernatural processes we will need to use both cosmology and philosophy. The problem we have, however, is that neither the theories of cosmology nor natural theology get us anywhere close to an uncontroversial conclusive answer. Naturalistic cosmological theories, while mathematically plausible, remain speculative in key areas. There is, for example, no empirical evidence whatever for a multiverse. Arguments for the existence of God, while philosophically plausible, rely on premises that are ultimately unable to be proven.

The implications of this for the upcoming debates are that neither Krauss nor Craig can appeal to conclusive evidence and so any feeling of complete certainty from dogmatic supporters on either side are misplaced. However the debate plays out, all of us will be left in the unsettling position where the evidence of, and in, the universe is ambiguous concerning the existence and nature of any God.

Some might think therefore that debates of the kind Krauss and Lane Craig will engage in are futile. Yet they would only be so if we were to operate under the assumption that incontrovertible evidence for God, if He or she is there, should be obvious and available to the interested objective spectator. Put more philosophically, the debate would be pointless if our expectation is that God has a responsibility to reveal him/herself in some way that is unambiguous and undeniable by the standards of scientific and philosophical reasoning. My hunch is that this assumption is appealing to us humans and is simply assumed and smuggled into these sorts of debates. 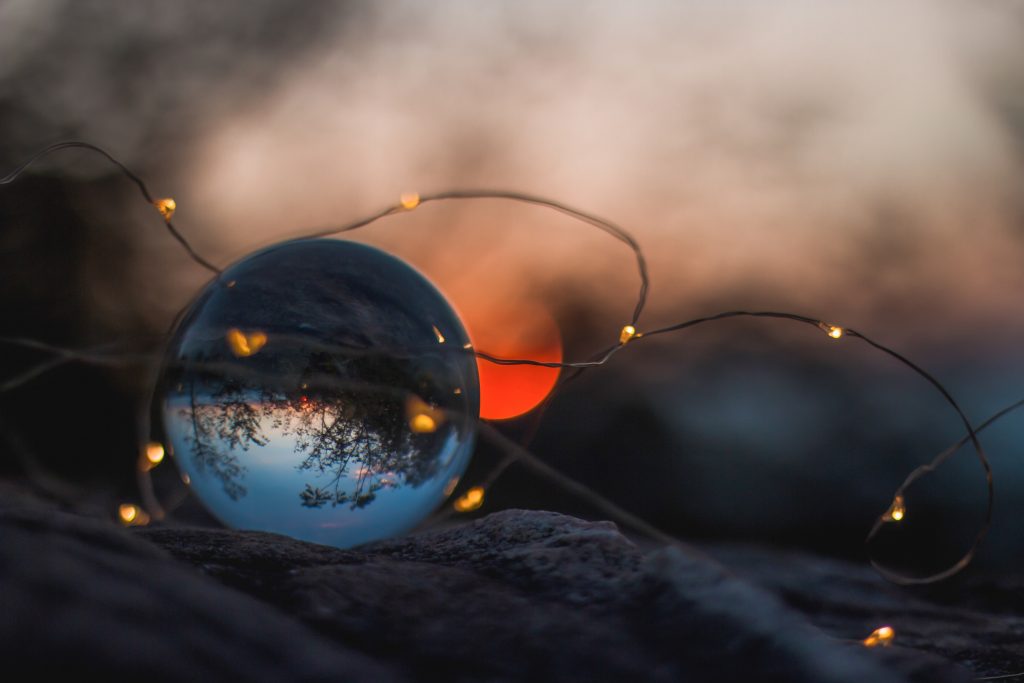 And what if God did this so that theological truth could not be discovered on human, objective, spectator terms, but on divine, subjective and personal terms? In this way of thinking a personal, relational God would have no interest in human spectators merely sitting in the grandstands, so to speak, debating what God is like. God would only be interested in humans entering the ‘playing field’ of personal encounter. In the same way that any personal encounter I might have with the Queen would properly be entirely on her terms, the personal encounter with God would sensibly be on His/Her terms – terms that are unlikely to be mainly scientific or philosophical. Philosopher Paul Moser argues that this is precisely what we might expect if God is personal and if He is interested, above all, in personal relationships. He suggests that:

“… entertaining signs and wonders are optional and not mandatory for God … God can properly make confident knowledge of God’s existence arise simultaneously with filial knowledge of God.”3

If Moser is right – and this idea seems plausible enough to be taken seriously – then it makes sense that God is invisible. Maybe we can think of God being a bit like a big cat. Big cats, despite being large and powerful and the kings of the jungle, are usually invisible. They are invisible because they hide, and they hide so that instead of being found, they can find on their own terms. In effect Moser is arguing that this is likely to be the case with God. A personal God will not simply allow us to find Him/Her in theory, instead He/She will want to find us in person and will give us enough clues to lead us to the right sorts of places for that to happen. The claim that God turned up in the person of Jesus would be one obvious example of a place to look closer. The sort of intimate presence of the Holy Spirit that accompanies a deep willingness for God to transform the mess in our lives would be another.

The implication of this for the Krauss/Craig debate is that Dr Craig does not need to show us how the evidence conclusively proves God according to scientific criteria. All he needs to do is show that there are clues in nature that God is real and personal – strong enough clues for the interested pursuer to explore the possibilities for a personal encounter with God. The question any member of the audience needs to ask is whether the sorts of arguments offered by Craig can do just that?