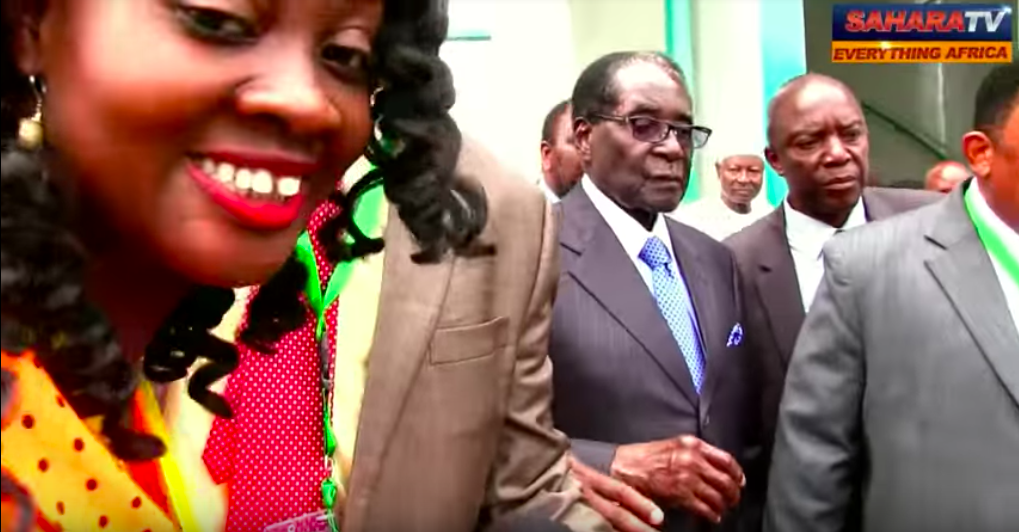 A Nigerian YouTuber who's made a name for herself asking hard questions of powerful people.

A Nigerian YouTuber who's made a name for herself asking hard questions of powerful people.

“I’m trying to wake people up. Not just in Nigeria – I talk about [other] African countries as well so that they can know we have a lot in common, and so that we can all together demand better governance and make our leaders accountable.”

Adeola Fayehun is a Nigerian journalist who’s built a global following with her YouTube show Keeping It Real with Adeola. It’s a satirical and fearless take on news that matters.

In 2015, Adeola made headlines worldwide for accosting Robert Mugabe, the long-time ruler of Zimbabwe, and asking when he was going to give up power. She regularly takes aim at the corruption of both political and religious leaders who she says are “scamming” their people.

“Whether they listen and change or not, at least they know that someone is watching … at least I can say I tried. Some day, if my kids say, ‘While all this was happening, Mama, what did you do?’ I can be like, go on YouTube! I did a little something.”

In the first episode of Life & Faith for 2019, Adeola talks to Natasha Moore about vocation, Mugabe, pastors with private jets, and growing up as a missionary kid.