I Don’t Judge Anyone (Except Christians) 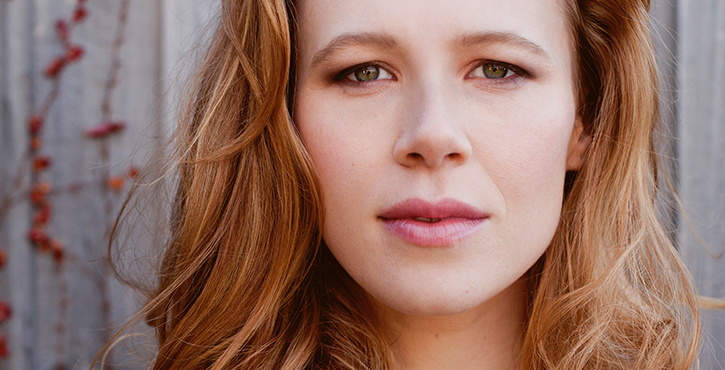 “It’s weird because I was the kid that put on plays – and I was aggressive, I would make everyone do a play if we were hanging out with family, friends … However, I was much more interested in science, and I was interested in dance, and I wanted to be an author and an astronomer and a journalist. And I didn’t really consider acting at all.”

Anna McGahan was partway through a degree in psychology when she decided to pursue acting as a career. In 2012, Anna won the Heath Ledger Scholarship, and she has since appeared in several Australian television series including Underbelly, House Husbands and Anzac Girls.

But there was something about her profession, and her success, that she didn’t feel completely comfortable with.

“I had always really hoped that I could be somebody that would give something good to the world, that would actually contribute. And I was desperately afraid that I hadn’t really contributed much but some half-popular television.”

So she started looking for answers, and found them in the place she least expected to – and least wanted to.

“I had been trained in liberal arts education, I had come from the LGBT community, and I had come from a group of people that had felt so rejected by the church … I used to walk around and say, ‘I don’t judge anyone – except for Christians’.”

But Anna started investigating Christianity, going to church, reading the Bible, and discovering the person of Jesus Christ.

“If this is true, it will change the whole world – and I don’t understand why no one’s told me about him before.”

In this episode, Anna McGahan speaks with us backstage from the Justice Conference in Melbourne where she was performing a play she co-wrote with Joel McKerrow, People of the Sun. Anna gives us insight into the life of an actor, why she decided to investigate Christianity, and how it’s completely changed her life and work.

FIND OUT MORE about the Justice Conference: www.thejusticeconference.com.au