It’s out with the old as Christian values fall away

Given the Judeo-Christian origins of our long-held tradition of caring for the frail, recent census data indicating the demise of Christianity and the aging of Australia’s population could herald a perfect social storm.

The 2011 census makes clear that Christian affiliation is diminishing, falling 7% over the last decade to 61%. The slack has been picked up by the ‘Nones’, those claiming ‘no religion’, with nearly 5 million of us, or 22.3%, turning our backs on God (or, at least, on His registered brands). That’s up 7% since 2001.

At the same time, we’re getting older. The median age rose by two years in the last decade from 35 to 37. That might not sound like much but it indicates a significant increase in the number of elderly people in our community. HammondCare, a leader in aged-care and dementia services, notes that by 2050 1 in 20 Australians will be 85+. Coupled with this is an expected increase in the number of us with dementia, from 269,000 to 1 million. 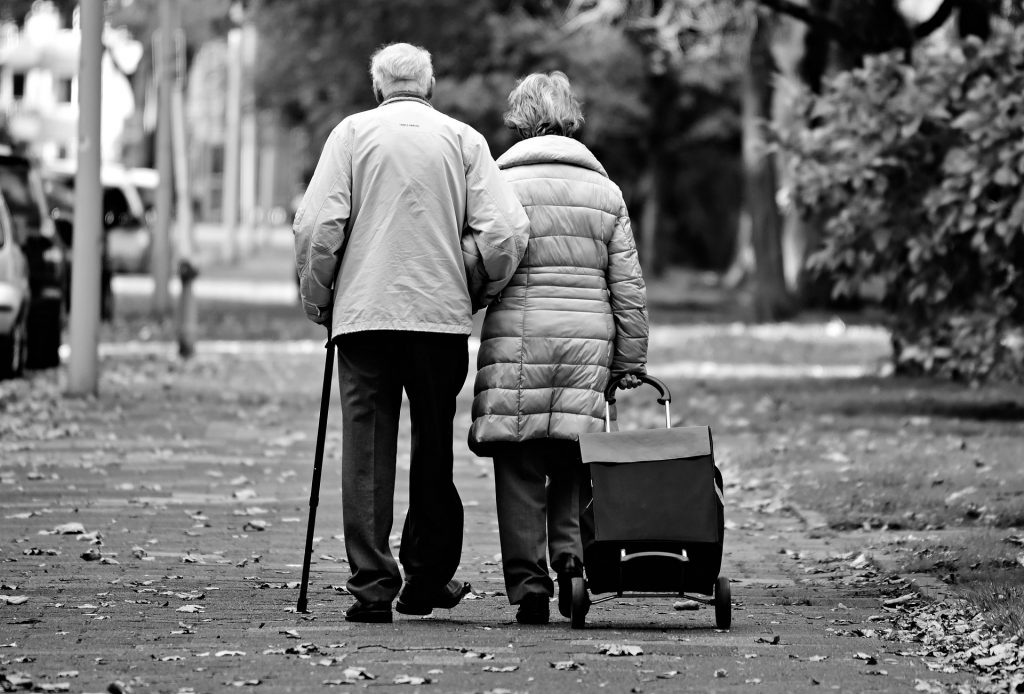 And here’s the problem. For nearly 2000 years, the biblical claim that all human beings are made in the ‘image of God’, and so profoundly and inherently valuable, has called on those who believe the idea to treat men and women as ‘sacred’, regardless of capacities or contributions to society. Of course, the secularist will point to all the evils of Christendom. But these just show that Christians haven’t been Christian enough. They don’t obscure the fact that it was the Judeo-Christian view of the human being that gave the West its hospitals, charities and the language of the ‘rights’ of the weak. As yet, there is no alternative narrative that can guarantee the inherent dignity of all, regardless of capacities.

Of course, most of us love our Grans. We don’t need religion to tell us to look after them. But as more and more Australians move into high-care facilities and dementia units, sometimes at a great distance from family members, society will need a solid intellectual ground for increasing contributions to those who can no longer give back.

Ancient Greece and Rome, the cultures against which Christianity first competed, had little by way of philosophical reasoning that could guarantee the inherent worth of those lacking rational capacity or social utility. So infanticide was common and social welfare for the aged and dying was virtually non-existent.

Christianity changed all of that. It inherited from the Jews a theology of human dignity and a program of social welfare, and added the thought that Christ had died for the world, even for the lowly and neglected. Compassion was due to all, especially to the commonly overlooked. And so was born the tradition of ‘charity’ we now take for granted.

Only if the abandoned infant on the hills of ancient Rome or the estranged resident in a Sydney dementia unit is created in the image of God can we secure an intellectual basis for treating both individuals with the same dignity we afford society’s most able.

Educated Greeks and Romans criticized Christianity for this. To them it was a religion for the poor and useless. Centuries later, atheist philosopher Friedrich Nietzsche would echo this perspective, heaping scorn on Christianity as the “religion of pity that thwarts the law of evolution, preserving what is ripe for destruction and defending life’s disinherited and condemned.” True.

Nietzsche was also one of the first in the modern era to admit that the ‘death of God’ meant the end of objective ethical values. He didn’t mean that we would all descend into immorality as soon as we stopped believing in a Creator, only that at the philosophical level a truly secular society has to abandon the notion of a universal ‘moral law’. Ethics could henceforth only be based on social convention or practical utility. The secularist may feel like saying humanity is “inestimably precious,” says atheist philosopher Raimond Gaita, but “only someone who is religious can speak seriously of the sacred.”

Yale’s great philosopher-theologian, Nicholas Wolterstorff, goes further in his book Justice. Highlighting the deficiencies in all secular attempts to ground humanity’s innate worth, from Kant to Gewirth, he argues that a rational justification for treating human beings as ‘inestimably precious’, regardless of capacities, can only be found in a theistic framework. Only if the abandoned infant on the hills of ancient Rome or the estranged resident in a Sydney dementia unit is created in the image of God can we secure an intellectual basis for treating both individuals with the same dignity we afford society’s most able.

If Wolterstorff is right, we should all be concerned that there is an aging population at the same time there is a decline in belief in a transcendent narrative of humanity’s sacred worth. The secular West may one day be able to offer an account of human dignity equal in power to the biblical one. Or perhaps one of the other religions (on the rise) in Australia, Islam or Hinduism, will take Christianity’s place in providing the conceptual framework for ‘defending life’s disinherited and condemned’. Until then, I worry that “We all love our Gran” just won’t cut it in the long run.

Dr John Dickson is an author and historian and the Founding Director of the Centre for Public Christianity.