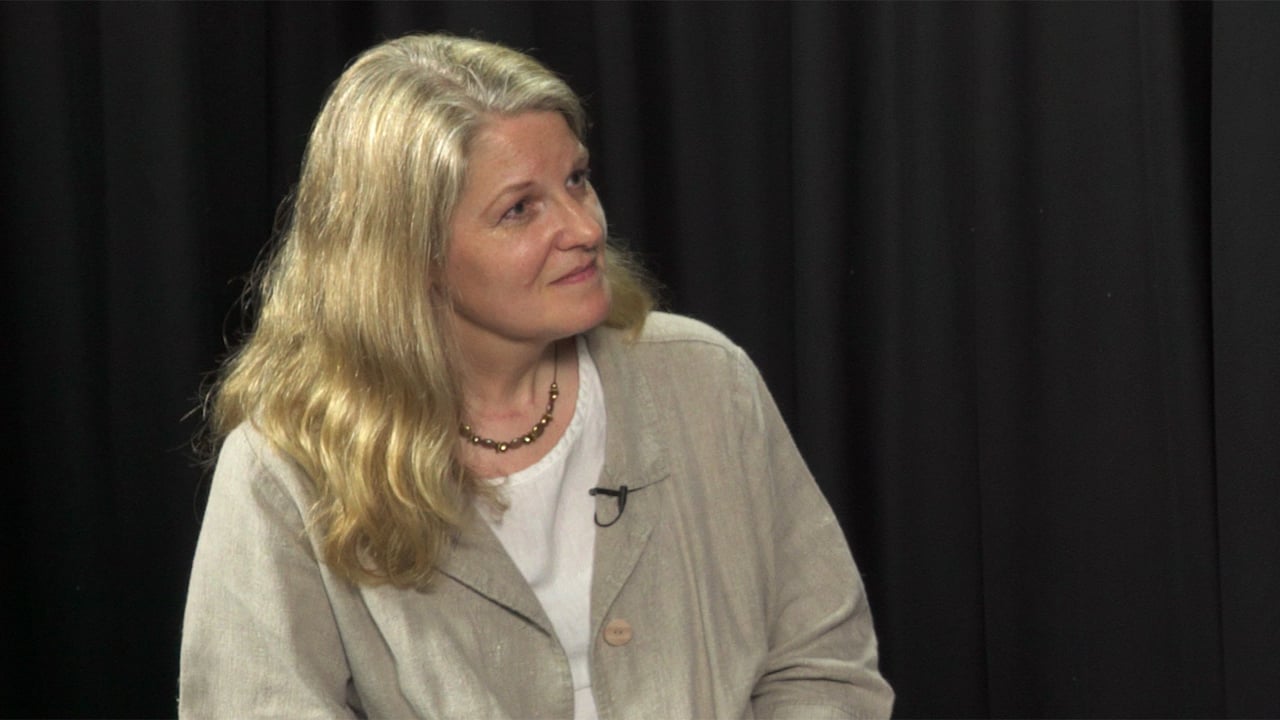 Sarah Williams reflects on the loss of a child, and how we earn the right to be human.

Sarah Williams reflects on the loss of a child, and how we earn the right to be human.

“Life itself is precious. All life has some dignity to it.”

Sarah Williams was 20 weeks into her third pregnancy when she and her husband received some devastating news: that their baby was not “viable”. “I was completely unprepared for that”, she tells Simon Smart. Did her faith help her? She has to think about that one.

In this deeply personal, candid, and thoughtful interview, Sarah reflects on the frameworks of expectation and achievement we’ve set up for ourselves, admits there are no easy answers, and names the most powerful force at the heart of all these questions: love.

“I felt terribly tyrannised, as a woman, by the language of choice … it wasn’t that I could make a choice, it was that I must make a choice.”

Sarah tells this story at greater length in her book The Shaming of the Strong: The Challenge of an Unborn Life.

SIMON SMART: Sarah, a number of years ago now, when you had two small kids, you discovered to your joy that you were pregnant with a third child – but then you heard some very devastating news. What was that news?

SARAH WILLIAMS: We went for our 20-week scan, and that moment that you always hear people dreading happened, when the nurse came in and said “There’s something wrong with your child.” They repeated the scan and discovered that our baby had a condition called thanatophoric dysplasia which is a lethal skeletal deformity that would mean that outside the womb, the baby wouldn’t be able to sustain life. So we had to absorb that news.

SIMON SMART: That is grim news. Can you tell me a little bit about that initial moment for you and your husband as you began to process that?

SIMON SMART: Yes, and you eventually did decide to proceed with the pregnancy – perhaps against advice. What made you decide to go in that direction?

SARAH WILLIAMS: I think the decision in the end was about believing that life itself is precious, and that life does begin at formation in the womb, and that all life has some dignity to it. And I felt terribly tyrannised as a woman by the language of choice – the idea that it wasn’t that I could make a choice, it was that I must make a choice. And to have to make a choice about somebody else’s life or death when you’re still reeling from the shock, is a very heavy weight to carry as a woman.

SIMON SMART: I guess you were drawing on your faith, that has a particular vision of what it is to be human, but in that moment, it’s a terribly confronting choice, isn’t it? It wouldn’t have been straightforward, I imagine?

SARAH WILLIAMS: No, not at all. And I knew the ‘right answer’ as a Christian, I knew that I was meant to say “I don’t want to have an abortion”, but actually in the moment the only thing that I wanted to do was just get it over with. That was the only thing I wanted. And I realised in that moment that Christian ethics were not simply about what is propositionally right, but they’re also about loving somebody who is weak and vulnerable and unable to care for themselves.

SIMON SMART: So, in a way Sarah, I guess you were trying to love that child without having met them, but feeling some degree of connection to them, such that you couldn’t at that point anyway feel like you were ok to end it then.

SARAH WILLIAMS: Yeah, I think things like actually finding a name for the baby – so it wasn’t about an ‘it’, but actually a ‘she’, she had a name, she had a place in our family. In some ways I think it was easiest for me, because when you carry a baby, you have a relationship. It’s sometimes harder for a husband or other children to feel a sense of connection to an unborn child. And that was a challenge. So a name was really important. Talking about this person as part of our own story as a family was really important. Taking time to grieve, to think, to dream, to hope – those things were very important for us as a family.

SIMON SMART: What was her name?

SARAH WILLIAMS: We decided to call her Cerian, which is a Welsh name – actually it’s a Welsh nickname – and it just means ‘loved’.

SIMON SMART: What was your experience of the medical side of this?

SARAH WILLIAMS: What I realised very quickly was that the choice not to terminate, although presented as a choice, was systemically problematic. In other words, there was not an obstetric budget for caring for women who were carrying a malformed foetus to term. And that meant that the obstetric care that I received during the pregnancy – there just simply wasn’t a space for that within the hospital facilities. In the end, that was life-threatening for me, because I developed polyhydramnios, which often happens when you’ve got a malformed foetus. It usually sends somebody into premature labour, and for me, it put stress on my heart, and in the end the labour situation was also an emergency situation in which my life was threatened.

And that brought home to me that although on the one hand there’s presented choice, on the other hand, the framework of expectation within the medical profession was very much that a malformed foetus actually is to be terminated. That was certainly the underlying expectation.

SIMON SMART: Did you get a sense then that, as a number of people have commented on, these days the unborn child has to jump through more and more hoops to be thought of as viable?

SARAH WILLIAMS: Absolutely. Yeah I think that’s really crucial. The unborn child almost has to earn their right to be human. And what we’re beginning to mean by that is physical perfection, timing which fits with the desires and expectations of a couple – increasingly we’re understanding children as commodities that fit in to our mentality of acquisition. And so when you’re suddenly confronted with a person who doesn’t fit in, who is malformed, hasn’t got a utility function – what everybody dreads rather than what everybody hopes for – that person challenges the entire value system. And that was my experience of carrying Cerian – that really, I encountered a different way of understanding what it means to be human, and it challenged me.

SIMON SMART: Yes, and so that understanding of what it means to be human, you had a particular version of that – that’s been very influential in our culture – this value of human life no matter what. In what ways might we lose a whole lot if we lose some of that vision which kind of encouraged you in that direction?

SARAH WILLIAMS: Up until that moment in my life, the basic value system that I was operating in was based on achievement – on my ability to marshal my strength towards an outcome of my choosing. And I didn’t use that language, but I had gone through all the hoops that were expected of me and I had achieved. I had my Fellowship at Oxford. I had done the right things. And what was so striking about this experience was the profound experience of love that I had for this child who had never done anything, hadn’t achieved anything. And yet I loved her intensely. And it brought home to me the fact that God loves me because he made me, and because he desires my company. And I don’t have to do a thing to earn that. And my whole value system was reframed and turned upside down, and I really do believe that by terminating the weak and the vulnerable – wiping them out of our society in one way or another – what we’re really doing is we’re setting up a tyrannical system for ourselves. Because we’re really saying that unless we achieve certain things, unless we are ‘useful’, we have no value or meaning. And that, that is the opposite of freedom.

SIMON SMART: Sarah, thank you so much, it’s a very personal and difficult story to tell, but thank you for sharing it with us.