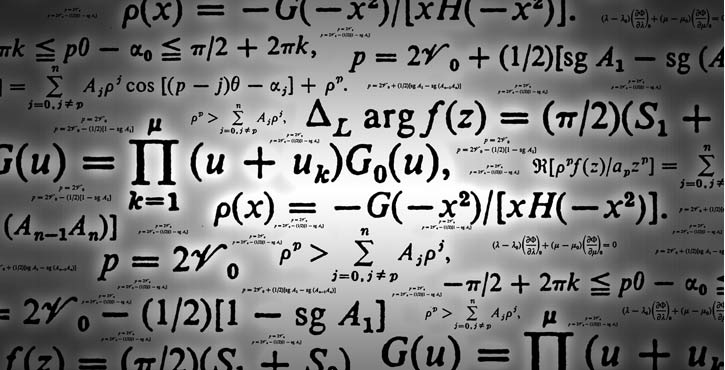 “An equation for me has no meaning unless it expresses a thought of God.” – Srinivasa Ramanujan.

Ramanujan was a self-taught mathematical genius from India, who moved to Cambridge University in 1914 to work with the eminent mathematician, G. H. Hardy.

His story, as told in the movie The Man Who Knew Infinity, is not only one of a brilliant mind capable of remarkable work, but of an unlikely friendship between a devout Hindu, and an atheist who was a stickler for proofs.

“Your theorem is wrong,” Hardy tells Ramanujan in the movie, “this is why we cannot publish anymore until you finally trust me on this business of proofs.”

Once described as “the most romantic figure in recent mathematical history”, Ramanujan’s life also speaks to the idea of finding beauty in maths – and this is what we explore in this episode of Life & Faith.

You’ll hear from a leading Australian mathematician about her response to the film, and her sense of the relationship between divine reality and mathematical practice. Then, Oxford mathematics professor John Lennox shares his thoughts about the beauty of the world of numbers and patterns. We wrap up the episode with a poem written and read by former Archbishop of Canterbury, Rowan Williams – you won’t want to miss it.

“Why are numbers beautiful? It’s like asking why is Beethoven’s Ninth Symphony beautiful. If you don’t see why, someone can’t tell you. I know numbers are beautiful. If they aren’t beautiful, nothing is.” – Paul Erdős