Life in the iWorld

In Apple’s iconic iPod advertisements, silhouetted figures rock out to upbeat music against brightly coloured backgrounds while the white headphones of the music player trail from their ears. Completely oblivious to the outside world, the dancers are self-expressed, and they move any way that they want.

Apple has always been a savvy marketeer but the company hit the sweet spot with this campaign, for no advertisement better captures the dreams and aspirations of liberated Westerners—for freedom, mobility, and individuality—in the ‘iWorld’ today.

A term coined by Dale Kuehne, who took his cue from Apple’s suite of products all prefixed with ‘i’, the ‘iWorld’ describes the world of unrestrained individualism in which we live. The iWorld prizes individual choice, regards self-fulfilment as the greatest good, and believes that nothing matters so much as being free to be me. Such commitment to the desires of the self shapes our attitudes to sex, relationships, money, technology, and ambition—in a word, everything. 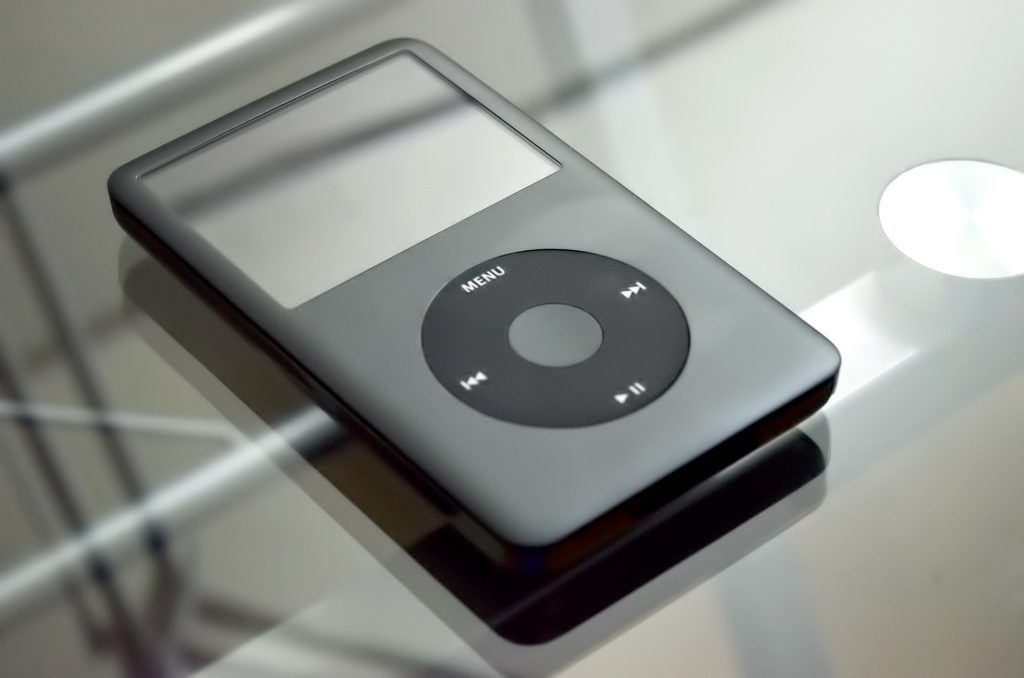 The iWorld’s insistence on individual freedom marks an immense change from earlier times—dubbed the ‘tWorld’ by Kuehne. Tradition—the ‘t’ of the term—governed that world, along with religion, family, and culture. These sources of greater meaning dictated one’s place in the tWorld and gave purpose to their lives, whereas the iWorld encourages individuals to forge their own path for themselves. Accordingly, we’ve swapped the tWorld responsibility to do our duty for the iWorld right to follow our dreams.

You can see this switch from the tWorld to the world of ‘i’ in the vast difference between army recruitment campaigns past and present. WWI recruitment posters, for example, address a sense of patriotism (“Your country needs you”) and assume for men a masculine responsibility to protect vulnerable women and children on the home front.

Contrast that with the Australian Army’s current recruitment slogan—“Challenge Yourself”—that promotes the army as an opportunity for individual self-realisation. None of this means, of course, that veterans of past wars were any less motivated by self-interest when they signed up to serve their country. But it’s revealing that the army of today dispenses with appeals to national duty, for it knows that such tWorld values don’t cut it for the average iWorld recruit.

Instead, the army plugs ‘lifestyle’, ‘benefits’, and training in leadership—all of which sweeten the deal for ‘Generation Me’. That’s Jean Twenge’s name for her peers born from the late 1970s to the 1990s—a cohort, she writes, that has “never known a world that put duty before self”. But don’t hold Generation Me’s self-absorption against them, for they’re just a product of the iWorld that has taught them, Twenge says, “the primacy of the individual at virtually every step.”

The iWorld is also committed to self-creation, which means not being held back by your history, family, and culture on your quest to become your best possible you. In the iWorld, everything is up for grabs if you want it badly enough, and such an entrepreneurial spirit is everywhere found in our culture. The Biggest Loser, Masterchef, and everything from plastic surgery, university degrees, wine-tasting courses and iPhone apps tracking your exercise regime: all promote a do-it-yourself ethos that promises various results—an enviable figure, a new career, good taste—if you work really, really hard. 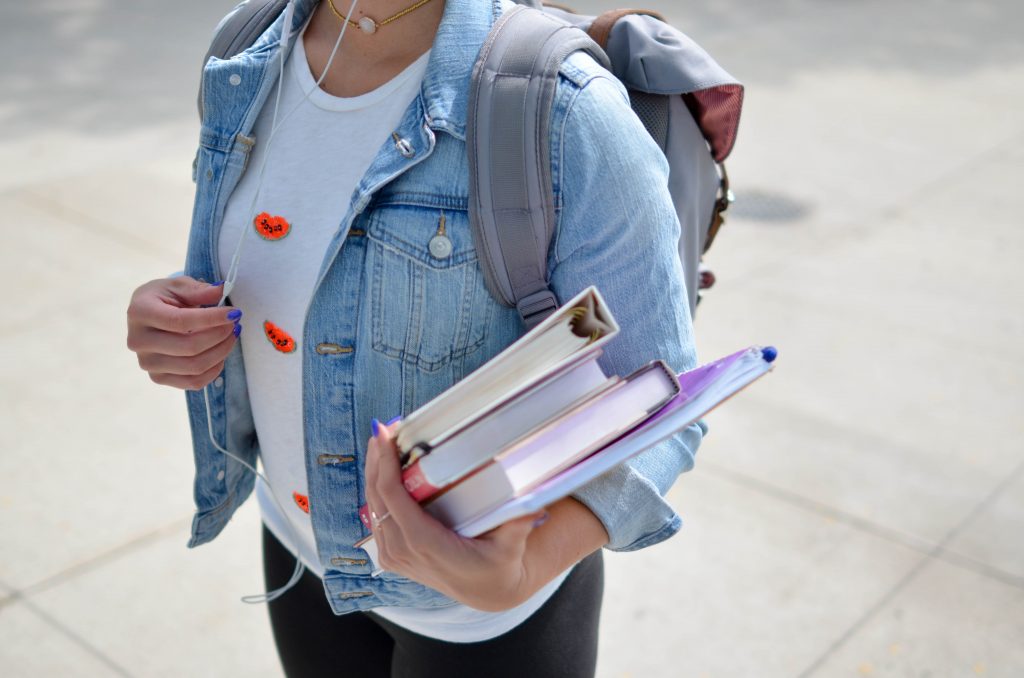 Consider, for example, Tiffany Hall, who trains the white team on The Biggest Loser where overweight contestants compete against each other to see who can shed the most kilos. Reflecting on her job earlier this year, Hall said:

“My training sessions are like interviews: ‘Why are you here, what do you want to achieve, what are you feeling now?’ They need to be honest. They need to admit that when they look in the mirror, they don’t like what they see.”

Hall’s training strategy may be harsh but she offers keen insight into the basic assumptions of the iWorld: that you can get anywhere you want to be if you have a dream and just—like the Army might say—“challenge yourself”.

Of course, the determination to work hard to get results is a great lesson to learn, and the newly svelte, tanned, and toned winners each season of The Biggest Loser testify to the power of perseverance. Their victorious stories of overcoming failure are also shared by CEOs (the late Steve Jobs), best-selling authors (Harry Potter creator J.K. Rowling), Olympic athletes (Australian swimmer Geoff Huegill) and anyone who’s ever succeeded at anything. Such tales of triumph are inspiring because they show what can be achieved if you put your mind to it. But the iWorld’s glorification of individual effort can be crippling, because failure is forever haunted by the possibility that you just didn’t try hard enough.

Moreover, while the iWorld encourages the self-creation of all it celebrates only a narrow band of possibilities of what that might entail. The bodies of the iPod people in those advertisements, for instance, all conform to dominant standards of beauty (they’re all trim) and their funky outfits capture that elusive quality of cool. So not only do they live the iWorld dream of being free and self-expressed but they’re hot too. As such, these kings and queens of the iWorld set a high standard of social success—one that’s urbane, hip, and upwardly mobile—against which the rest of us largely fail to measure up.

Even if everyone in the iWorld were to pursue their dreams, then, the odds are stacked in such a way that only an elite few would actually succeed: those genetically blessed to begin with, or those with enough money, resources, determination, and know-how to help them ‘make it’. While the iWorld may imply that everyone has an equal chance of fully realising their potential, such democratic lip service obscures real inequalities of race, gender, and class. Discrimination may limit someone’s opportunities beyond their best efforts, but this means little in an iWorld where success or failure is all a matter of personal will.

A downside to our fierce independence and self-sufficiency is that “our disappointments loom large because we have nothing else to focus on.”

Maybe this helps explain the rising rates of depression among the young. In his latest book Flourish, psychologist Martin Seligman writes that not only is depression about 10 times more common than it was 50 years ago, it is increasingly affecting people at younger ages. In the 1960s, the first onset of depression was about age 30. Now, it’s about 15.

Rampant depression in the West seems counterintuitive given the advantages Generation Me has over earlier generations—greater freedom and mobility, medical advances, less manual labour, and sexual liberation. But the wealth of opportunity of the average iWorld citizen—particularly in relation to individual freedom—is also part of the problem. Twenge notes that a downside to our fierce independence and self-sufficiency is that “our disappointments loom large because we have nothing else to focus on.”

Seligman goes further, arguing in The Optimistic Child that depression rates rise in tandem with “the slide away from individual investment in endeavours larger than the self: God, Nation, Family, Duty.” Whether Seligman knows it or not, he links the psychological implosion of the iWorld to the waning of the way the tWorld endowed people’s lives with meaning. Not that the tWorld was perfect. Few would want to return to its times of routine oppression of women and minorities and the stifling of individual freedom in the name of the group. But the iWorld, with all its thrilling opportunities and unparalleled liberties, hasn’t exactly led us to utopia either.

Neither have we entirely shaken off the tWorld—particularly when it comes to religion. The iWorld’s emphasis on individual effort to improve one’s lot in life amounts to a ‘gospel of works’—one that revamps the Protestant work ethic for Generation Me. In the tWorld we used to toil because we were saved, now in the iWorld we just work on ourselves, for there’s nothing else left to worship.

Surprisingly, the Christian story of grace may be attractive in such a brave new iWorld. For Jesus’s free gift of himself in the place of a wayward humanity and his efforts on our behalf relieve us of the need to prove ourselves, which is altogether good news in an iWorld where the price of freedom is endless work on the self. And the Christian message that God chooses to love and cherish those who don’t deserve it may be particularly attractive compared to the iWorld’s punishing spiritual regime that sees us thrive or languish on the basis of our efforts.

First, however, the gospel needs to face up to two challenges in this context. First, believers must acknowledge and regret those times in the tWorld when Christianity—along with Seligman’s other trio of Nation, Family, and Duty—limited individual freedom and compelled people’s conformity in the name of a greater good. Second, Christians must keep their eyes on Jesus and, frankly, be more like him, for he remains an attractive figure to many in the iWorld. If Christians can happily forsake many iWorld freedoms because in Jesus they find something infinitely more precious, then maybe iWorld citizens can come to see in the gospel what they need to flourish. After all, it is Jesus who says, “I have come that they may have life, and have it to the full.”

Justine Toh is a Senior Research Fellow at the Centre for Public Christianity and an Honorary Associate of the Department of Media, Music, and Cultural Studies at Macquarie University.