Crushed when his wife leaves him for another man, sports columnist Jesse Fink is offered some sage advice: “do whatever it takes to mend your soul.” Laid Bare: One Man’s Story of Sex, Love and Other Disorders chronicles his attempt to do just that—by signing up to a dating site. The result is Fink’s brutally honest, tell-all memoir about his adventures in online dating, and is worth reading as much for his personal journey from committed family man to ruthless cad to devoted dad as for the missives it issues from the frontlines of modern love.

Fink shares these war stories with the cynicism of a veteran, telling of marriages of quiet desperation and the difficulty of monogamy—though he is living proof of the utter devastation of divorce. He’s also something of a hopeless romantic who takes to casual hook-ups with abandon. Later, when relationship is the end goal, he strings along two women unable to choose which one he wants, only to find out that the one he chooses drops him for a better offer. Such is the nature of love online, where men and women play and get played in turn. 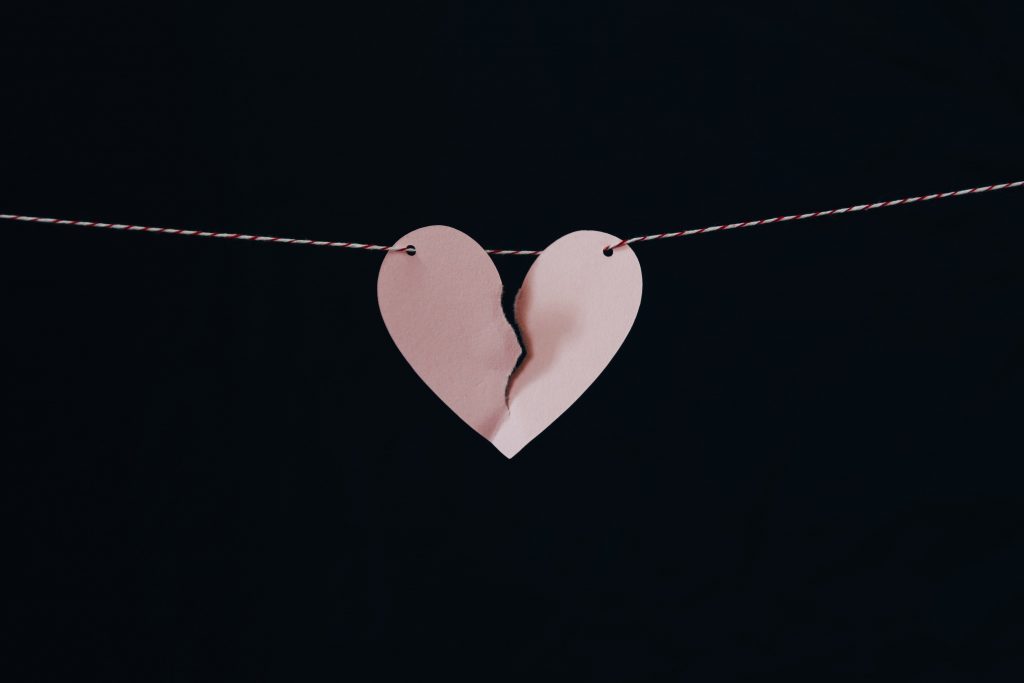 As the Bard said, the course of true love never did run smooth. But maybe it was never supposed to be as turbulent as this either. Though none of this is surprising for sociologist Zygmunt Bauman who argues that we live in times of “liquid love.” Just as liquid doesn’t hold its shape for long but is always on the move, liquid love avoids commitment, settling, staying. It means love affairs for today but not necessarily tomorrow, the frustration of a relationship never quite being Facebook Official, the keeping open of all romantic options. Liquid love just cannot abide relationships at full strength. “Like Ribena,” Bauman offers in a charming comparison, “relationships should be diluted when consumed.”

And online dating, argues Fink, is doing its fair share of watering down the idea of a lasting relationship. “The great lie of online dating… [is that] it promises the dream of everlasting love and happiness, true deliverance from loneliness, but in actuality it often makes monsters of the sort of men coveted by women,” he writes. “Swamped by options, freed from effort, the idea of commitment—usually the whole point of being on a dating site in the first place—becomes anathema. Previously good men become bounders.”

However, Laid Bare doesn’t just chronicle Fink’s post-divorce “festival of sexual bounty,” but also offers some incisive commentary on modern life—including the observation that there are serious pitfalls to having too much choice. So many options, Fink writes, make it harder than ever to choose, much less be satisfied with your decision. And this tyranny of choice can have toxic effects on relationships both online and off, since you never know if you would’ve been better off with someone else. It’s no wonder, then, that relationships get sacrificed on the altar of personal happiness.

Maybe this partly explains why Fink’s marriage to Lara, his ex, failed. He is honest about the way his struggle with OCD and depression put pressure on their relationship, and made her love for him slowly morph into duty. Lara was right to leave, he says, since it takes “true courage to accept and let go of a relationship” that has become more about loyalty and less about romantic love: “She was as entitled to make something of her life as I was mine.”

“As love is an emotional glimpse of eternity, one can’t help half-believing that genuine love will last forever.”

But in a scene near the end of the book, a sense of regret over the end of the marriage is clear. Fink Skypes his daughter Evie from the home of a woman he met online and flew to Los Angeles to meet. Lara picks up instead, and the sight of her makes Fink “incredibly sad.” Not only because this latest affair wasn’t going well but because “I was looking from the other side of the world not just at the wife I’d lost but the life I’d lost. Yet she was looking at me in this Hollywood apartment with the glamorous non-girlfriend asleep in the next room as if I was the lucky one. The fact was we’d both missed out.”

While no one wants to martyr themselves for the sake of holy matrimony, moments like these give the impression there’s also something to be said for toughing it out with your spouse. Especially as Fink recalls being struck by the sermon delivered at his and Lara’s wedding that defined “the true test of marriage being how you get through those times when you can barely stand to look at each other.” And maybe this is particularly important when you stop being ‘in love’ or as Fink puts it, having those ‘glimpses of eternity’ with each other. He borrows the phrase from a quote by Steven Vizinczey: “As love is an emotional glimpse of eternity, one can’t help half-believing that genuine love will last forever.”

Love, then, allows one to glimpse eternity. In these liquid times, however, it seems hopelessly naïve to believe in enduring love. But perhaps we trust in that idea more than we think, because it’s telling that Fink is in no doubt about his commitment to Evie, his adoring daughter. He even notes how strange it is that people fight for their kids “even when they annoy the hell out of us” but don’t do the same when it comes to their relationships. “Somewhere along the line,” he says, “we have lost that unbreakable commitment to nurturing romantic love when the glimpses start to close up. We’ve lost patience with it because we’ve lost patience with everything else. It can all be thrown away.”

We might be jaded about the disposability of romantic relationships, but the love of parents for their children gives us good reason to become more than half-believers in love that lasts. Maybe, then, applying the sort of commitment and constancy that we find in the best kind of parental love to our struggling romantic relationships can lead us through the battlefields of modern love. If Fink had listened even more closely to the sermon at his wedding all those years ago, perhaps he might have understood why marriage is pictured as something of an endurance trial at times—because the preacher’s beliefs hold that marriage reflects the love of God for the world. That is to say: self-giving, committed to the good of the other, choosing to see them in a better light than they might deserve. The result of which can be finding the joy and satisfaction of long-lasting commitment to another, and Fink seems to have a sense of this. What he may not fully appreciate though, is that such love does more than glimpse eternity—it beats a path to it.

Justine Toh is the Senior Research Fellow at the Centre for Public Christianity and an Honorary Associate of the Department of Media, Music, and Cultural Studies at Macquarie University.