Maybe the ADF Needs to Recover a Sense of Chivalry

The sexual culture of the Australian Defence Force needs fixing. Recovering a sense of chivalry can repair it, says Michael Bird.

Recent revelations that a group of soldiers, including a senior officer, collected and distributed offensive materials demeaning women, has shaken the Australian Defence Force (ADF). Even worse, this scandal comes on the back of a judicial inquiry into widespread sexual abuse across the ADF, covering some decades. And there was also an incident where a cadet at the ADF Academy live-streamed himself having sex with a female cadet while his friends watched. Let’s face it. The ADF is getting a reputation for harboring thugs who prey on and exploit women. 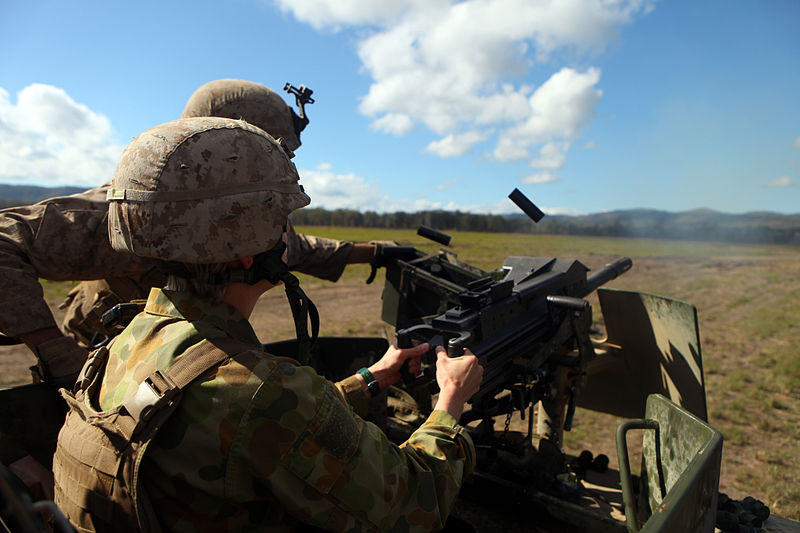 Sad to say, my own experience in the ADF confirms this culture of sexual aggression. I served in the ADF from 1992–2005 in the Ready Reserve, Regular Army, and General Reserve. At its best, ADF culture was “blokey” and chauvinistic. At its worst, ADF culture was misogynistic and even predatory towards women. I can remember a time when pornography was plastered over walls and computers everywhere. I remember a particular bloke who had a quote from Friedrich Nietzsche on his desk: “Man shall be trained for war and the woman for the recreation of the warrior: all else is folly.” I knew of soldiers who would go to schoolies week on the Gold Coast for the explicit purpose of seducing some drunken and vulnerable seventeen year old girls. In many ways, the misogynous culture was produced by ingraining into young men a strong sense of self-confidence, deliberately cultivating aggression, and nurturing a strong competitive edge. These traits aren’t bad in and of themselves but when they are combined with a male-dominated environment, immaturity, inexperience, an inability to keep sexual desires in check, plus the inhibition reduction of alcohol, well, you don’t have to be a behavioural scientist to see how this will end.

But I am equally proud to say that not all soldiers are like that. Most men in the ADF are decent, upright, and fair-minded people. The ADF has attempted to imbibe a fair bit of equality education into its ranks with annual lectures on sexual harassment, bullying, and discrimination that soldiers must attend. The motto constantly trotted out, “A Fair Go For Everyone,” was a good way of translating the golden rule into terms that the average young Aussie bloke could appreciate. I did notice many positive changes during my time in the ADF. For one thing, the amount of visible porn decreased between 1992 and 2005, which is a good indication. The mere acknowledgement of sexual harassment and sexual abuse as risk and reality was another encouraging turn. But advances made in the last two decades have obviously failed to fully stamp out attitudes that are inconsistent with ADF equality regulations. What has gone wrong here?

If you ask your average ADF member they are more than aware of legislation and lectures on equality, harassment, and bullying. They should even know who their unit harassment officer is and what to do if they see any harassment taking place. Yet the promulgation of endless unit standing orders and the attendance of annual equality lectures has not fixed the problem. I want to suggest that the problem is not legal knowledge of what is right and wrong. The problem is a systemic culture of sexual aggression that has come to define what it means to be a man.

I want to suggest that the cultural change that the ADF needs is to recover a modern vision of chivalry. Now the very word “chivalry” can sound incredibly sexist and condescending. Conjuring up as it does images of women of weak constitution, prone to spraining ankles, fainting at the first sign of trouble, damsels in distress, needing a big burly bloke to come and save them. That is not what I mean by “chivalry”, but it’s understandable that the word still grates on modern ears. By all means, then, junk the term but not the concept. For chivalry is not the valorization of violence or the salvation of swooning maidens. Rather, chivalry emerged as a medieval ideology that promoted a code of honor, justice, and virtue. Its most supreme manifestation was in the defence of the defenceless and the protection of the vulnerable.

In a modern sense, we could think of chivalry as that code of conduct which ensures the welfare of those entrusted to our protection. A resolve to protect those in a position of vulnerability and to put the security of others above our own—and this need not be the sole preserve of men, but women as well. However in terms of what it means to be a chivalrous male, it would mean, riffing off St. Paul’s Carmen Christi—God himself becoming the ultimate servant—that masculinity is not something to be exploited for aggression and abuse, but to be placed in a position of helplessness so that others need not be. To act in such a way that no one would ever feel afraid to be in the presence of an Aussie soldier, whether in Kabul or in Kings Cross, whether in Dubai or in Duntroon.

Many years ago a friend of mine was preparing to deploy on an overseas operation. At the mess one evening he shared a table with a military officer from a foreign country not known for its sterling treatment of its women, who was deploying with him. During the meal they talked about the forthcoming operation and the foreign officer asked him nonchalantly. “When you go overseas, do you take your rights with the local women?” My friend paused, shocked and disgusted at the question (at least when he told the story to me). “No,” he replied. “We are Australian soldiers.” Awareness of the fact that many groups see conflict as an opportunity for rape and pillage might be a good reminder to our young people in the services that a sense of chivalry is what may well separate us from those we go to war against. If we do not do in war what we cannot live with in peace, neither should we do at home what we would never do in war.

Michael Bird is Lecturer in Theology at Ridley Melbourne and is a Fellow of the Centre for Public Christianity.