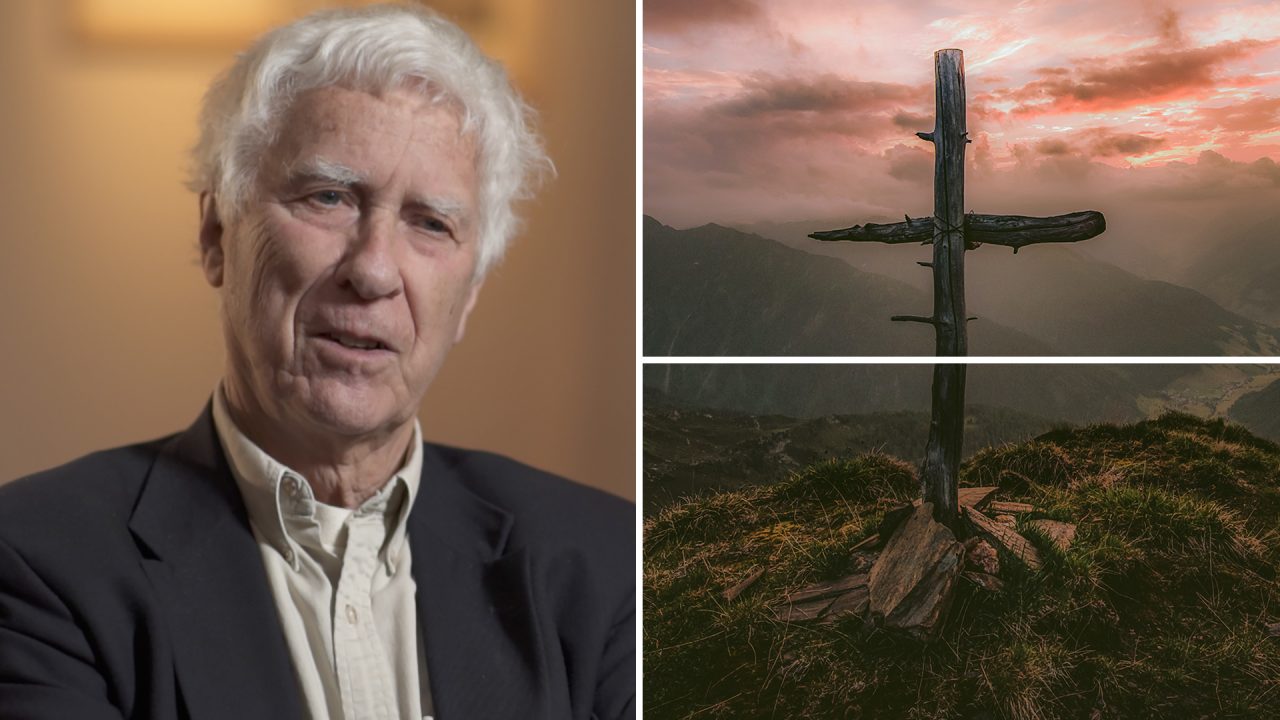 Nicholas Wolterstorff lives with unanswered questions since the death of his eldest son.

Nicholas Wolterstorff lives with unanswered questions since the death of his eldest son.

I have experienced painful loss. Our eldest son Eric was killed in a mountain climbing accident in 1983. He was doing what he loved, and that seems to me – makes his death different from, for example, a suicide, which I think is much more difficult for a parent to cope with. But the death of a child is painful to cope with in any case. So it naturally, for a religious person like myself, Christian, raises questions about where God is in this. And I am a philosopher and I’ve read the philosophical attempts to explain. I don’t find any of them compelling. So I live with unanswered questions. I continue to have faith in – that there is a Creator of this universe, and that Jesus Christ rose from the dead. But how I fit that all together with the early death of a beloved son as – I live with the question, live with an unanswered question.

How do you reconcile your grief with your faith?

One of the philosophical answers is that it makes the rest of us better. I don’t know if I’m better because of Eric’s death, but even if I am I would give – trade that betterness for his life anytime.

Does faith change your grief?

What is the place of lament in grief?

There’s not much lament in the Western world, modern Western world. We talk about getting over it, putting it behind you, getting on with things – language like that. In effect, most people try to disown grief, or encourage the other person to disown their grief, so that it’s not really part of them anymore, they don’t think about it, don’t remember, don’t mention it and so forth. I think, for me anyway, my challenge was to own my grief – not to disown it but to own it in such a way that some sort of good would come out of it, if at all possible. And lament is a natural part of that.

So to own it … owning it and lamenting come just locked together. To lament requires a different attitude towards grief, death, loss from that which is common in our culture, which is the getting over it, putting it behind you attitude. If you really do own it as opposed to disowning it and trying … if you disown it, get on with things, that sort of thing, you’re not going – lament is the last thing you’re going to do because that brings … that inherently brings it back, when you want to put it behind you.

So lament then is the recognition … is the explicit recognition that this is something to grieve over and to continue grieving over. My view is that if Eric was worth loving when alive, then he is worth grieving over when dead. But the lament also is – at the same time is a protest. The lament says – brings the memory back to life in the context of saying, this should not be. This is not something to celebrate, this should not be. So it’s got a quality of protest to it. It blends honouring with protest.

Where is God in your grief?

So at the heart of Christianity then is the recognition … is the worship of a suffering saviour, suffering Jesus Christ. And I think that – for me anyway, but I think that for lots of other people – that, as opposed to a totally impassive, transcendent God, represents in a deep sort of way a consolation. God and I are in this together as it were, co-sufferers – mysterious as that is.