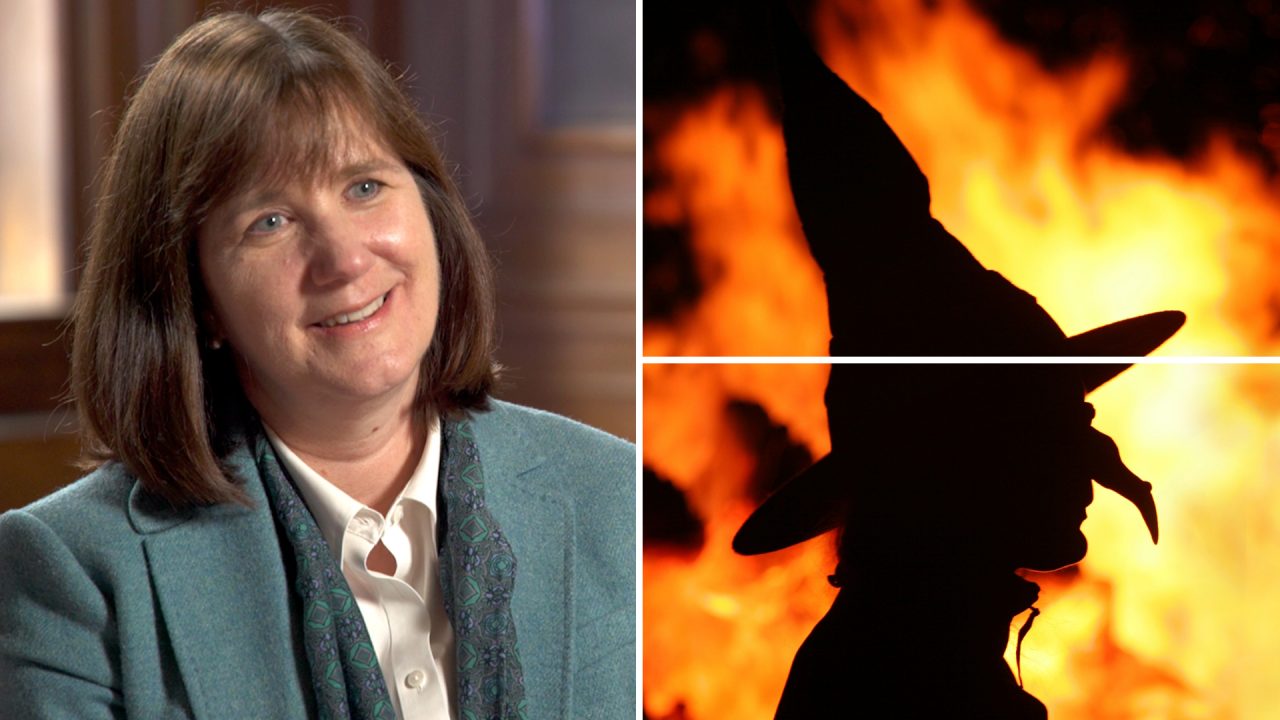 On Salem: the religious factor

Catherine Brekus describes a community with a deep sense they were divinely chosen.

Catherine Brekus describes a community with a deep sense they were divinely chosen.

Religion was a key factor in the Salem witchcraft panic. It was not the only factor. In some ways, it’s the language in which all of these tensions and anxieties gets expressed, but I think it’s crucial that Samuel Parris was the minister who began whipping up fears about witchcraft. And the Puritans believed that they had a special covenant with God, they had a special relationship with God. They described themselves sometimes as the new Israel, modelling themselves on the Israelites in the Hebrew Bible. And because of that identity, they had a sense of themselves as being special and set apart, and therefore the devil particularly would want to afflict them.

And you can see some of this in the Salem trials itself, where historians have recently done a lot of very meticulous research and have discovered that in Salem, that 70% of the people doing the accusations belonged to the village church, and that most of the people who they were accusing of witchcraft were not full members of the church. They were legally required to go to church – everybody had to attend church or they were fined – but only some people had come forward to make a testimony of their conversion, and therefore had the right to baptise their children and to take the Lord’s Supper. And that inner group, they were clearly targeting those who did not belong to the church. So there was a kind of us versus them mentality.

There are many targets that the devil could take, but they thought that they were special and set apart, and therefore the devil had sent his minions specifically to Salem to try to destroy their community.