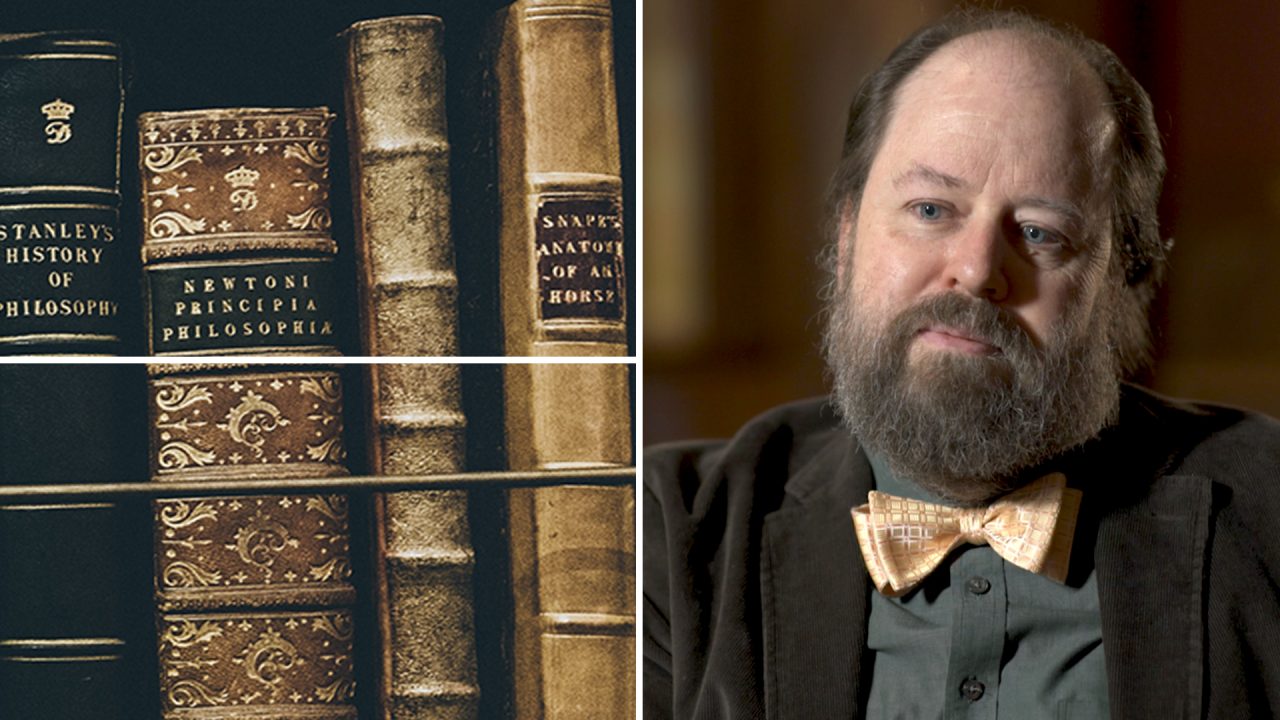 On the Great Library of Alexandria

About the burning of the Great Library of Alexandria. Since (again) the late 18th century, this story has been a sort of a touchstone for those who want to argue that the effect of Christianity was to barbarise the high golden culture of Late Antiquity.

The problem is … well, manifold. For one thing, it didn’t happen, it’s a complete myth. It’s based on a misunderstanding of a single line from Orosius, a Christian historian, quoted by Gibbon out of context. And the story as we have it is that, say around 390 – that’s the date usually given – Christian hordes, because they had some sort of inexplicable detestation of science and learning (virtues apparently that were very much a part of Late Antiquity in the pagan world, but not the Christian) stormed into the Great Library of Alexandria and, using technology apparently devised in the 20th century, were able to destroy 700,000 scrolls in a long afternoon in fires in the street, without actually burning down Alexandria.

The problem is that, as a piece of history, it’s nonsense. But it reflects also a fantastically distorted notion of Late Antiquity; the relationship between Christianity and paganism; Alexandria, in particular, the most amazing, the most magnificent, the most violent and terrible city of the late ancient world. The Great Library … there are many stories of its destruction. We don’t know where it was. It was somewhere in the Brucheium probably, the royal quarter associated with the museum. Some say that Julius Caesar in 47 or 46 BC is responsible for it; the more common story of its final destruction was the 7th-century Muslim invaders.

Gibbon, more or less out of whole cloth, as I say, out a line from Orosius about something altogether different, created the impression that there was some Christian onslaught on the library. What had happened at the end of the 4th century was that the Serapeum, the Great Temple of Serapis, was destroyed. There were riots between Christians and pagan crowds over a number … in fact it’s such a complicated [history], we’ve never been able to reconstruct it entirely.

But as a result of several Christians killed fairly brutally in the riots, the emperor ordered the destruction of the temple. Now, we know that there was a large library at the temple, and so the supposition that Gibbon and others arrived at is that it had been destroyed at the time. But we know also that that’s not true. We can go to the pagan historian, Ammianus Marcellinus, and see that there was no library there at the time. And it wasn’t apparently just, you know, mob violence. It was a military operation, the emperor was punishing the pagan population – unfairly, probably – for violence against the Christian population, which in its turn was quite violent too, at the common level.

But the story is especially annoying because the supposition behind it – which again, is an 18th-century myth – is that Hellenistic culture valued the natural sciences, valued free inquiry and philosophy, and the Christians despised these things passionately because knowledge is evil, reason is corrupt, and God likes stupidity, whatever. In point of fact, in Alexandria and throughout especially the Eastern half of the Empire, the educated classes were both pagan and Christian. They studied the natural sciences to the degree they were studied at all – there really wasn’t a golden age of Hellenistic science, that too is a myth. But the sciences that did exist were the common property of both faiths.

In the patrician part of the city, Christians and pagans existed together largely in amity, sometimes in debate, studying with one another, living with one another. In the lower city it was sort of like football hooligans, you know, I’m for Jesus, I’m for Serapis, I’m for the Dioscuri. And riots were breaking out, it was an incredibly violent city outside the royal quarter.

But the social history that’s become attached to this legend of the Great Library’s destruction, this 18th-century invention, is that there was some antagonism between high learning and low Christian fideism, and that simply bears no relation to the actual social realities. None whatsoever. In fact, by the end of the golden age of Alexandria, the Christians disproportionately occupy positions of highest learning and scientific discovery.