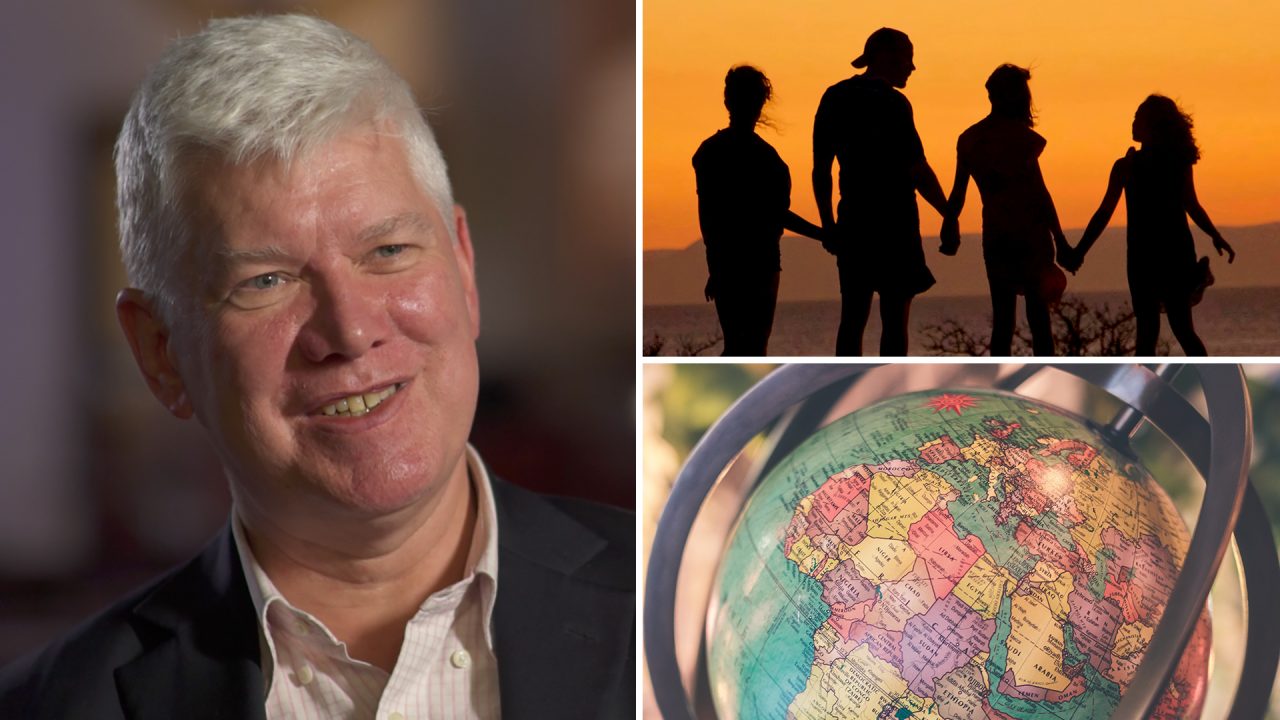 On the problem of foundations

It’s very interesting the question of what the core of liberalism is, secular liberalism is. I think there are a couple of ideas in there that it’s difficult to make sense of other than against the background of Christian history. And not just as an historical matter, but actually in terms of the substance. So let me just say what a couple of those are.

One is the idea of equality. I mean I think it’s a very extensive commitment of contemporary secular liberalism that in some sense all people are equal, in some important sense all people are equal. Now when you actually probe that and say, you know, what does that mean, it’s pretty clear that there’s no material or empirical or natural respect in which all human beings are equal. If you take any characteristic of human beings – physical strength, intelligence, whatever else it may be, it really doesn’t matter what it is – and then sort of have a look at that across populations, it’s just absolutely obvious that people differ, sometimes quite dramatically, in these respects. Most of them will conform, you know, to a familiar bell curve, but what they won’t be is equally distributed.

So, given that secular liberalism tends to go with a kind of philosophical position we might call naturalism – the idea that we can’t invoke any non-natural forces, entities, causes, and so on – it becomes quite difficult, I think, for the liberal to give an account of their egalitarianism. If all people are equal, what’s the foundation of that? Now I think to some extent they’re, as it were, living off the capital of a Judeo-Christian inheritance. There are different ways of getting to the idea that all people are equal out of Judeo-Christianity. One is that all are made in the image of God, each and every one; another one is that God has equal regard for each. But in one sense it doesn’t really quite matter which of those you go to, the central point is that those are religious conceptions of human nature, that see human equality as deriving directly from God.

And I think in part, the secular liberal sort of forgets the history of this idea but it’s not … as I say, it’s not just a historical question. Supposing somebody says, well, you know, sure, I grant you that history – but that’s not essential for the purpose of making out the notion of human equality. Then I’m going to turn around and say, well what is the foundation for that equality? And I don’t think there is any naturalistic account of human equality. So there’s one sort of, you know, large question looming over secular liberalism. And my own feeling about that, by the way, is as that becomes increasingly evident – as it were, the foundationlessness of the secular view – so I think secular liberalism is going to begin to collapse in upon itself, because it just really can’t sustain this doctrine of equality. So that’s one obviously important area.

I think a second important area, if I could just add very briefly, is something that secular society and liberal society places great value upon is kind of human creativity, imagination, autonomy – these aspects of a human being to make something of life out of their own imagination, out of their own intelligence and so on. And again I think if we look at the history of this whole idea, I think that the Judeo-Christian notion of human autonomy, creativity, imagination and suchlike sees that as a cooperation and carrying on of creation, that in a sense God creates but shares the creative activity with humanity. And I think if you disconnect that, there’s a tendency for creativity to become slightly narcissistic, not to see itself as being in the service of opening something else up, but really just a matter of individual endeavour.

So I think there are these two aspects that are quite challenging for secular liberalism to maintain itself. One is that its individualism tends to be destructive if it’s not seen in the service of something larger; and secondly, that it can’t substantiate its central commitment to equality or to egalitarianism.