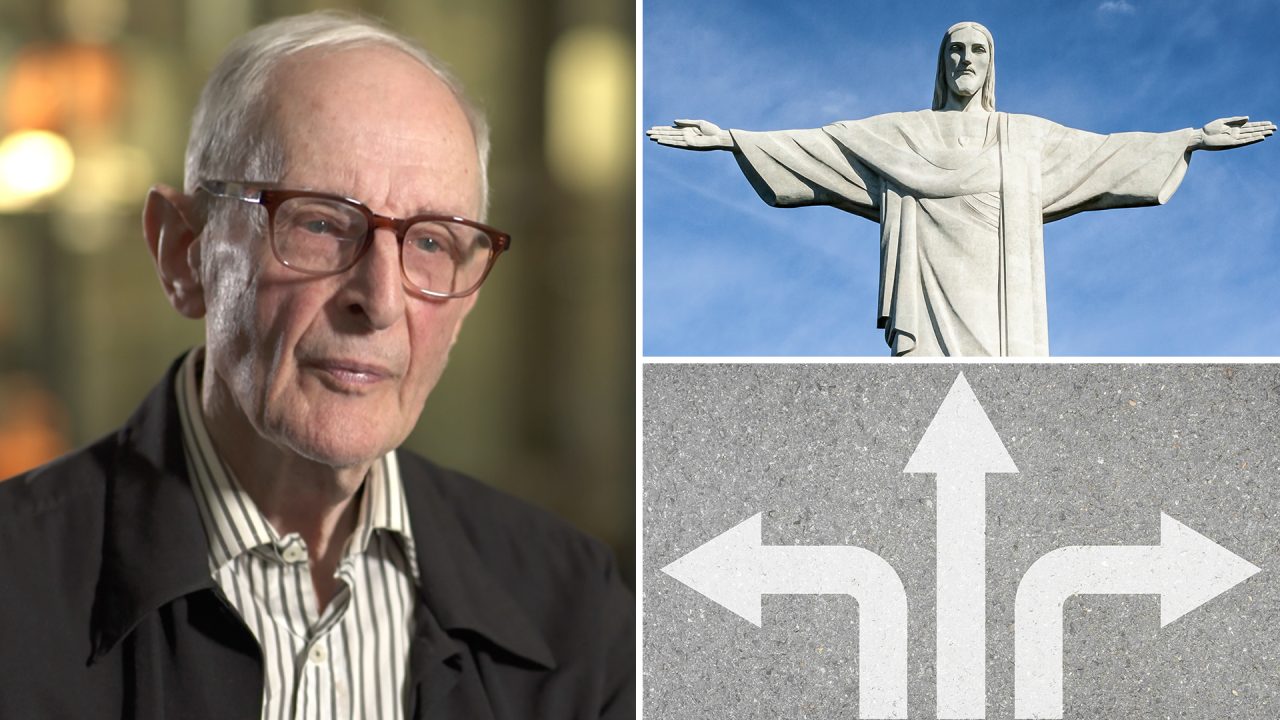 On the puzzle of Paul’s humility

Edwin Judge describes a life, and a whole tradition, turned upside down by the cross.

Edwin Judge describes a life, and a whole tradition, turned upside down by the cross.

Humility amongst the early Christians was a puzzle to observers who were in the classical culture, because they were encouraging people to downgrade themselves. And I suppose the head-on conflict over this issue is embodied in the life of Paul the Apostle. In his previous life, he’d been a very important man with high responsibilities and admired and so on, a man of great action. And when he was struck down on the Damascus road, his life was turned upside down, and the voice said to him, “I am Jesus, whom you are persecuting.”

And he lived for years contemplating what a catastrophic and appalling situation he was in. And then when he started to preach to his own converts in Corinth, particularly in the Second Letter to the Corinthians, he launched a searing attack on them – his own converts – because they wanted him still to be an important man, they wanted him to deliver his message properly in the correct rhetorical style.

And he answered that by lampooning the correct historical style and boasting to them – as a great man should do – boasting to them of his humiliation. He actually challenges them on this very issue and says, “You are requiring me to boast”, and he boasts of his sufferings and the defeats and hardships and everything like that. And he deliberately mimics and satirises by that the well-established conventions of the proper things to boast about. You boast, of course, about achievements – so he boasts about his defeats. And he does that, we know precisely why, because he identifies himself personally with a humiliated Messiah.

And the reason why Paul does that, in my opinion, is that, as the champion of the authorities against the apostolic mission as he had once been, he knew that the crucifixion of Jesus proved he was not Christ, because Christ was to be the great saviour of Israel and he would rule – as indeed Jesus had said in his teaching – the coming kingdom, he was to be a great one in the kingdom. But instead he was reduced to a humiliating death.

And Paul learned, through his own conversion, the deep meaning of that – that it was in the sacrifice of the Messiah that God redeemed his people. And Paul shared in his own life a sense of the meaning of humiliation when he says things like, “I am crucified with Christ”. He wasn’t actually crucified, but what he means is that, just as the crucifixion of Jesus, he now knows, is the way in which God has redeemed people through suffering, he, Paul, sees his own sufferings as the proper place for him to be – that is, humiliated in the world’s eyes. And he will boast of that.