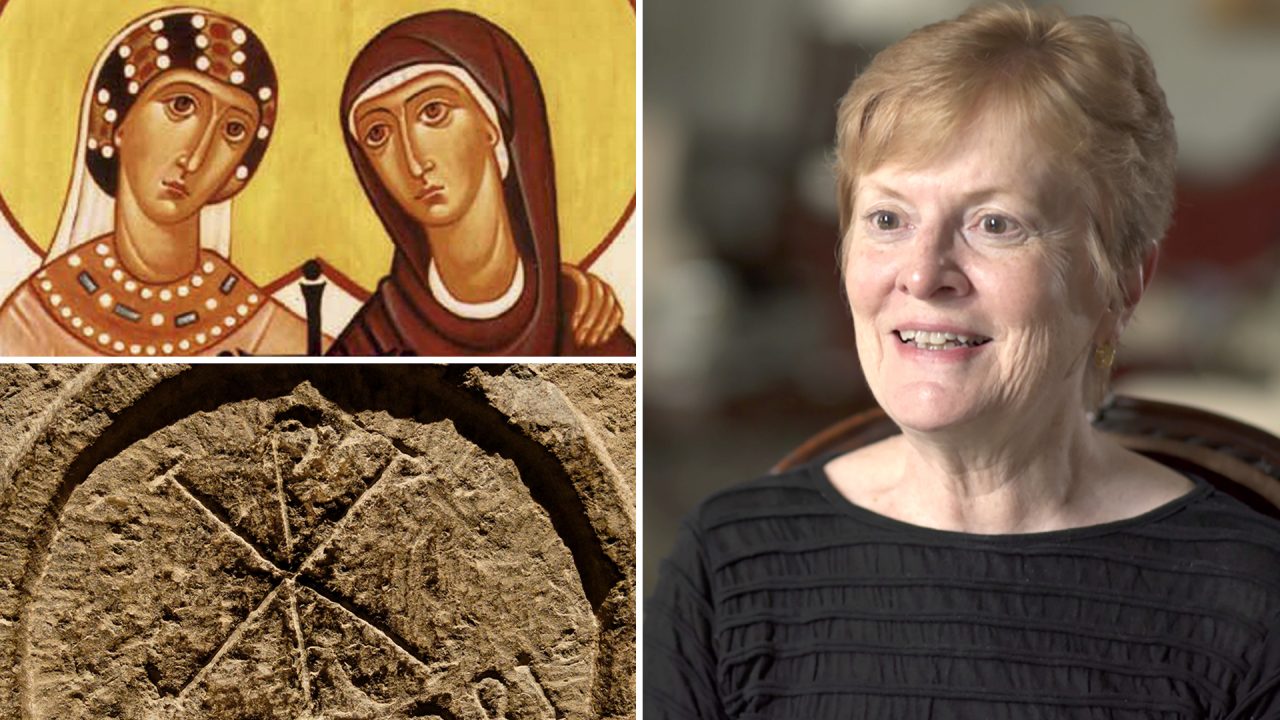 On what women were doing in the early church

The standing of women, the role of women in early Christianity seems to have been quite varied. When we look at Paul’s letters, of course a lot of people know some specific things that he wrote or maybe wrote (there’s some debate even about that) about women asking their husbands at home rather than speaking in the assembly and so forth. And we find things that we really still don’t understand about women needing to have their hair either coiffed or be veiled – even the translation of First Corinthians 11 is hard.

But we have clear evidence of women in leadership roles. What those were exactly is a little hard to tell, but I think our best evidence about women’s activity in the earliest communities is in … it comes in Paul’s letter to the Romans. In Chapter 16 he begins by talking about Phoebe, who is apparently carrying the letter, and I think she’s the person who reads the letter to the various groups at Rome – which means she’s an interpreter, to begin with.

We have Prisca, or Priscilla, referred to there, who hosts a church in her home. Now to us that sounds like, you know, hospitality and we denigrate it, but if that’s where the church met, then that makes you the leader, because it’s in your place, you’re the one who was the convenor.

But he goes on there to greet a number of people. He greets – I think it’s 7 out of 22 of the people he greets are women. And he says things about how they have laboured in the Lord, he uses the very same Greek words for them that he does of himself. He even refers to a woman by the name of Junia who is an apostle. That comes as a shock to a lot of us, in part because our translations have covered it up, but for the first thousand years of the church’s life, people who talked about that passage called her an apostle. So it seems clear that women were active, that they did a number of things, that they weren’t just making the coffee and cleaning up after the meetings.