Pay attention, lest we forget how

Each morning, as I board the train, I take an impromptu poll of what people are doing. A few doze, one or two stare out the window, and by far the most are transfixed by their smart phone or tablet. The commute might be compulsory downtime, but they will not spend it with themselves.

But as I open whatever book I am reading, I do not feel superior. I, too, am sometimes reluctant to be left alone with my thoughts, unable to escape through distraction.

The attempt at distraction this electronic escape demonstrates is one of the besetting sins of our era, a solipsistic retreat. This is not an age of reflection or self-scrutiny in the better sense – we are frightened to be naked to ourselves. And the consequences for individual concentration and for a shared sense of community are immeasurable. 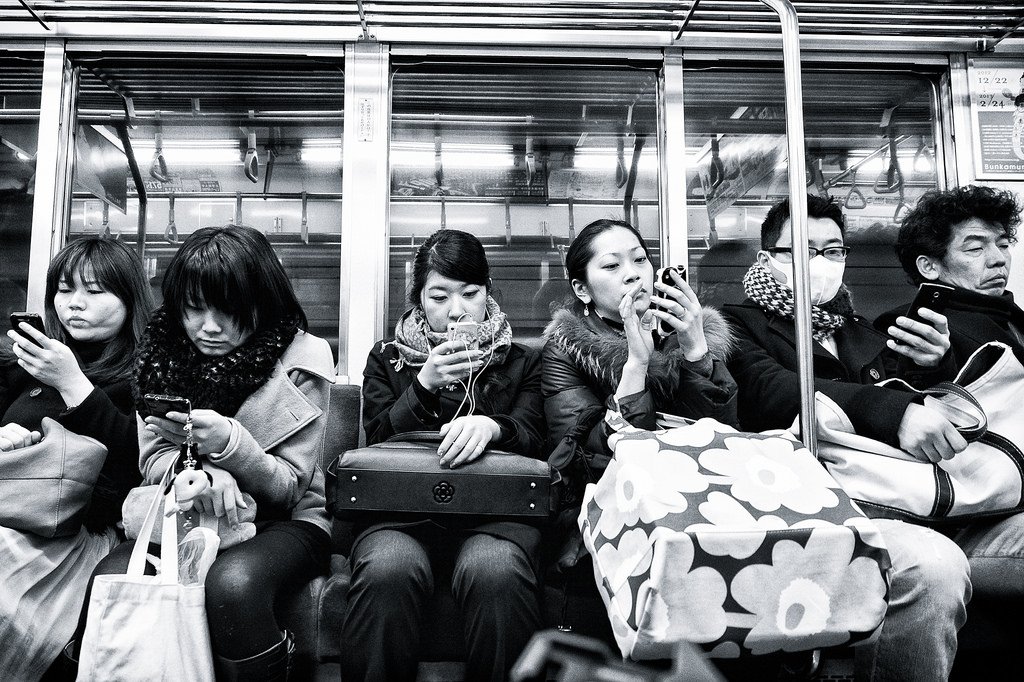 T. S. Eliot understood this danger all too well nearly 80 years ago when he wrote in Burnt Norton, the first of the Four Quartets:

Over the strained time-ridden faces
Distracted from distraction by distraction
Filled with fancies and empty of meaning.

In an ideal world, Christmas is an unhurried time for reflection, a time to take moral and emotional stock, to realise how many and varied are our blessings. It is a good time to repair relationships. If you are going to spend several hours around a table with a brother-in-law you haven’t spoken to since you mortally offended each other last Christmas, it makes sense to put matters right before you are trapped together again.

Eastern Orthodox Christians gesture in this direction by fasting from November 15 to December 24, abstaining at different times from meat, poultry, fish, eggs, dairy food, oil and wine. They do this as part of their spiritual preparation and to focus their attention.

But for most of us, Christmas has become far removed from reflection and, if anything, is an even deeper distraction than the rest of the year. We surround ourselves with sheer busyness and manufactured excitement. The whole event has become, in a way, the ultimate distraction, and it is hard to imagine a bigger betrayal of what it should be.

It is when this distraction fails that our plight is revealed and the dark side of Christmas emerges: disappointments and failed expectations, loneliness, despair, even suicide.

I am not making the now-traditional lament that we have lost the real meaning of Christmas. The problem is much more profound: it is that we are losing meaning in general, and in particular the vital and enriching art of attention. A legacy of consumer capitalism is that distraction has become a mode of being.

Attention is the opposite of distraction, its antonym. To attend is to concentrate, to focus, to notice and recognise what is beyond ourselves, particularly other people. It is the act of being present at or to what is there. In other words, it is a quality that might be difficult to define, but we all know when it is there and when it is not.

You cannot imagine Jesus looking over a person’s shoulder for someone more important or interesting.

Simone Weil, the philosopher who paid great attention to attention, wrote that it is the rarest and purest form of generosity. She also indicated something of attention’s special character by linking it with prayer. She said: “Prayer is made of attention. It is the direction towards God of all the attention that the soul is capable of. The quality of the attention makes for much of the quality of the prayer. It cannot be replaced by the heart’s warmth.”

She also wrote “Humility is attentive patience”, and this is another great insight. But neither humility nor patience is much prized among the virtues these days, even though both are extraordinarily attractive when we encounter them.

It is when attention is lacking that people’s sense of violation or exploitation or neglect becomes much more acute. They realise they have not been accorded dignity.

When we are attending, our orientation becomes responsive and responsible to what is before us. It might cost us a feeling of control, which can be unsettling and unnerving, but it makes the encounter genuine and personal.

Encounters with Jesus in the gospels are luminous with this quality of attention – all of them. When he engages with someone, it is completely, and without reservation. You cannot imagine him looking over a person’s shoulder for someone more important or interesting.

Take Zacchaeus, the rich but short tax collector reviled by all (Luke chapter 19). Because of the crowds, he has to climb a tree to see Jesus pass. When Jesus comes, he looks up and says, “Zacchaeus, hurry and come down, for today I must stay at your house.” The crowd is displeased that Jesus has chosen an outcast, but for Zacchaeus the meeting is life-changing. He vows to give half his wealth to the poor and repay fourfold all those he has defrauded.

The Samaritan woman at the well in John, chapter 4, is astounded that Jesus even notices her, let alone converses as an equal. Or the demon-possessed man in Mark 5, who is bound hand and foot with chains but breaks them. Who but Jesus sees the trapped humanity of this man, and he does so by attending to what is beyond the filthy and terrifying exterior.

Attention also involves a quality of acceptance, which is not the same as non-judgment. Both the woman taken in adultery in John chapter 8 and the rich young ruler in Mark chapter 10 receive attention from Jesus and acceptance as they are, yet he abjures both to change their ways.

The conventional wisdom – which is doubtless partly right – is that we have become much more superficial, bombarded with information of which we skate across the surface. Unable to concentrate even on our distractions, we move to another distraction and another, as Eliot suggests.

This Christmas, we might stop for half an hour and ask ourselves where we might need to change, what sort of compromises we are making, and how much attention we are paying to the things we value.

This article originally appeared in The Age.