Prominent atheist returns to the faith of his youth

British writer A. N. Wilson has announced his return to Christian faith. After decades spent publishing some of the most sceptical biographies of the 20th century, the self-proclaimed doubting Thomas has done an apostle Paul. He’s stopped persecuting and started praising.

Wilson spent this Easter in church, not as a hardened journalist looking for a story of scandal and hypocrisy, but as a believer, hymnbook in hand and creed of faith on his lips. 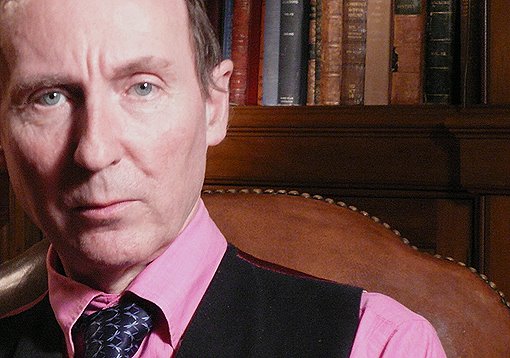 I remember putting down Wilson’s biography of C. S. Lewis in frustration and disgust – frustration because Wilson really is a good writer, and disgust because he had used his writing skills to cast aspersions over most aspects of Lewis’s faith. He painted the 20th Century’s most celebrated Christian as a neurotic sexual deviant with an Oedipal complex, driven to theological gymnastics and special pleading in order to resolve the psychological issues of his childhood.

What his Lewis biography lacked in fairness and factual accuracy, it made up for in entertaining speculation, and I felt at the time that there was more going on for Wilson than mere biographical research. He seemed to have something to prove, and something to disprove.
It turns out that he had to prove that he was cool by disproving Christianity.

Having reached his late 50s, being sexy has started to seem less important than being honest and facing reality. As Wilson ‘matured’, he began to feel more attracted to the faith he had so often ridiculed: “But the more I read the Easter story, the better it seems to fit and apply to the human condition”. Wilson began to sense that what he instinctively felt was the case—that human beings are spiritual, and not mere “animated pieces of meat”—was most likely to be true. It’s hardly a knock-down philosophical argument for Christianity, and he admits as much, but it’s where he has come to in his own reflections.

Most interestingly, he has maintained a view that he has always held (as far as I know): that Christianity lives or dies on the truth of the Resurrection. Except that now, Wilson thinks it lives, because Christ lived: “The Resurrection,” he writes, “which proclaims that matter and spirit are mysteriously conjoined, is the ultimate key to who we are.”

I confess to finding Wilson’s conversion hard to swallow. I’m suspicious that he just has a new book to promote, that it’s all a cruel joke, and that yet again eager-beaver Christians will end up with Wilson-hurled eggs on our faces. I feel a bit like the older brother in the Prodigal Son story of the Gospel of Luke chapter 15, sulking as the wayward one returns home to be embraced by the Father with open arms. Isn’t that just like God, to forgive insulting biographies and smug unbelief? Still, I can forgive him, too. He does write well.

Greg Clarke is Director of the Centre for Public Christianity.