IS CHRISTIANITY BAD NEWS FOR WOMEN?

The 2nd-century Greek philosopher Celsus famously dismissed Christianity as a religion of women, children, and slaves – that is to say, not to be taken seriously.

But Christianity is much more likely to be condemned today, not for being a religion of women, but a religion against women. If gender equality mattered to the early church, what happened to it? What does Christianity’s chequered treatment of women mean for its credibility today? And is the Christian faith a force for the oppression of women, or for their flourishing?

Amy Orr-Ewing is Director of the Oxford Centre for Christian Apologetics (OCCA). Her doctoral studies at the University of Oxford focused on the British novelist, essayist, and “Christian humanist” Dorothy L. Sayers. The author of several books, Amy is also a widely sought-after international speaker addressing audiences at the White House and on Capitol Hill, as well as in the UK Parliament. She regularly appears on TV and radio, including on BBC Television and Radio 4, to comment on a variety of topics relating to the Christian faith.

Re:CONSIDERING is a series from Acorn Press and the CPX team that invites you to look at what's familiar from an unfamiliar angle; to consider how we consider things, and how to do it better.

Now available - The Pleasures of Pessimism by Natasha Moore, The Cost of Compassion by Tim Costello, The End of Thinking? by Mark Stephens and Achievement Addiction by Justine Toh. 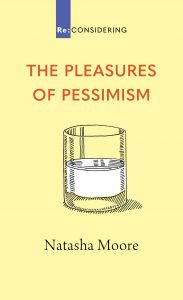 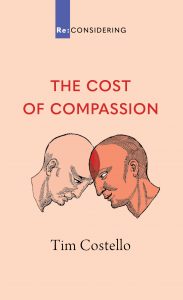 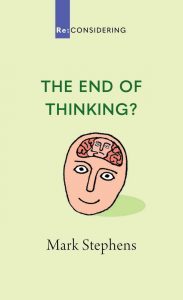 Want to keep up with the latest news and context from CPX?

We send out a fortnightly newsletter updating CPX friends and fans on what we've been up to. Very occasionally, we'll send you an extra email if there's something special happening. But we promise not to spam you.

The Richard Johnson Lecture is an activity ​of the Centre for Public Christianity. The lecture seeks to highlight Christianity's relevance to society and positively contribute to public discourse on key aspects of civil life. For more information and past lectures, click here.