Barney Zwartz weighs the position and prospects of the Catholic Church in Australia.

The Catholic Church in Australia is fighting on three fronts – same-sex marriage, euthanasia and education funding – that will test its influence both inside and outside the church, with the people in the pews and the politicians and powerbrokers.

Legalised same-sex marriage seems inevitable, euthanasia is back on the legislative agenda in Victoria and NSW, and the federal government has calculated that it can get away with an attack on funding for Catholic schools.

The church’s prospects seem precarious in all three – two moral issues and one about money – and there are even deeper challenges in declining Mass attendance, especially by young people, and the catastrophic damage done by the sexual abuse scandals.

Some hostile observers have speculated gleefully that the bishops have become detached from their flocks, the church is losing its social influence and its vaunted political clout is on the wane. Arguments can be made for each claim, but with an organisation as vast and complex as the Catholic Church one should be wary of simplistic conclusions.

Same-sex marriage is certainly not a crisis for the church as a whole. A few bishops have invested heavily in opposing it, but a poll published in Fairfax Media shows that they have failed to convince most of Australia’s 5 million Catholics, with two thirds planning to vote in favour if the plebiscite is held. Meanwhile, two prestigious Catholic schools (St Ignatius College in Sydney and Xavier College in Melbourne) have cautiously endorsed the Yes vote.

Catholics see euthanasia as a far more important issue, and Australian society is more divided. Its greater weight is evident in the way the campaigns have been run, according to Paul Russell, executive director of anti-euthanasia group Hope.

The church’s same-sex opposition has been led from the top down, with the bishops leading the fight, while euthanasia opposition has come from the bottom up. Bottom-up is always more effective, Russell says, and the importance of this approach was evident when his group was instrumental in halting a euthanasia bill in South Australia that was eventually defeated only by the Speaker’s casting vote.

“If euthanasia is passed today, people will die tomorrow,” Russell says. “My organisation is mobilising the grass roots, including other churches, and getting them to lobby MPs. It’s really important that MPs hear from their constituents. In these debates everything is local, except for public care specialists and doctors – there’s universality in what they say.”

Father Joe Parkinson, director of the L.J. Goody Bioethics Centre in Perth, says same-sex marriage is about family, children, personal happiness, fulfilment and hope – it’s positive. “Euthanasia is about dying, the end of life, what do we do when there seems to be no hope, when the future becomes dark? The real issue isn’t about pain and suffering, death in the clinical sense. We’ve over-medicalised the dying process, and euthanasia is the ultimate medicalisation of dying,” he says.

“What worries me and a lot of people, if we medicalise that moment of mystery that we all have to negotiate, [is] what do we medicalise next? In the process we lose our humanity.”

Parkinson observes that same-sex advocates have run a highly engineered, well-resourced debate over years. “Even on a good day, the bishops would be hard put to respond to same-sex marriage in a way that improved their standing. But euthanasia advocates are much less well-resourced and organised, and have nothing new from 10 years ago.”

On the question of funding for Catholic schools, church strategists know they are in for a fight, but – as with euthanasia – believe they can win. Catholic schools, like Catholic hospitals and welfare agencies, have not suffered the loss of moral authority that the religious leaders have, and are a key tool by which the church wields influence.

Paradoxically, the church hierarchy has probably maintained a stronger influence in the political arena than in the pews.

In a television interview around 2005, Cardinal George Pell was asked: if he picked up the phone and rang John Howard, would the prime minister take his call? A somewhat embarrassed Pell eventually conceded that the answer was yes. Then Sydney Anglican Archbishop Peter Jensen privately confided at the time that he too preferred to work behind the scenes, and had good access to political leaders.

So would Prime Minister Malcolm Turnbull take a call from Melbourne Archbishop Denis Hart, Australia’s senior Catholic as president of the bishops’ conference? “I think he would, and Bill Shorten too,” says veteran commentator and broadcaster Geraldine Doogue.

“I think politicians are still listening to the church. The business of Simon Birmingham and Catholic schools suggests the church has not lost its clout. But the Catholic Church has always known how to play power politics, and that’s not over yet.”

It has also had allies inside parliaments, particularly Tony Abbott in the Coalition government. It’s not that he takes instructions from the church, as some have alleged, but that he shares their values and vision of what a flourishing society looks like. And Abbott and other Catholic MPs are far more skilful in dealing with the media than are the bishops.

Even so, the church’s influence behind the scenes is something of a myth, according to Parkinson. He says that never in his lifetime has a Catholic bishop been able to direct people how to vote.

“It’s never been true that the church could impose its beliefs on Australian society. Its influence inevitably has changed, but I would expect that, much as the influence of government has shifted. If you compare Menzies’ day to Turnbull – are we even on the same planet?”

Among Catholics, same-sex marriage is just the latest issue in which large numbers are unconvinced by the bishops’ orthodoxy. The gap opened with the reforming 1960s Vatican Council that told Catholics to honour their conscience, and widened with the 1968 papal encyclical Humanae Vitae, which banned contraception. Vast numbers of otherwise faithful Catholics rebelled, explicitly defying the Pope – a habit that, once begun, seemed easier with practice. Today many, if not most, are at odds with church teaching not just on contraception but divorce, premarital sex, same-sex marriage and even abortion.

Paul Collins, the historian and former Catholic priest, blames the church’s malaise chiefly on Pope John Paul II, however. “I hold him completely responsible for all of this because of the type of bishop he appointed. Most Australian bishops are good administrators, bureaucrats, but they don’t have any leadership qualities. It’s the same in our political life.”

Doogue agrees that the bishops’ strengths are not those prized in the modern world. “Their job description is changing before their eyes, and they have no idea how to fill it. I don’t think they know how to speak to the modern world. If you look at big secular institutions going through trauma – the Commonwealth Bank, for example – you see that they’ve heard the criticisms. It’s extremely difficult to get that sense from the church.” 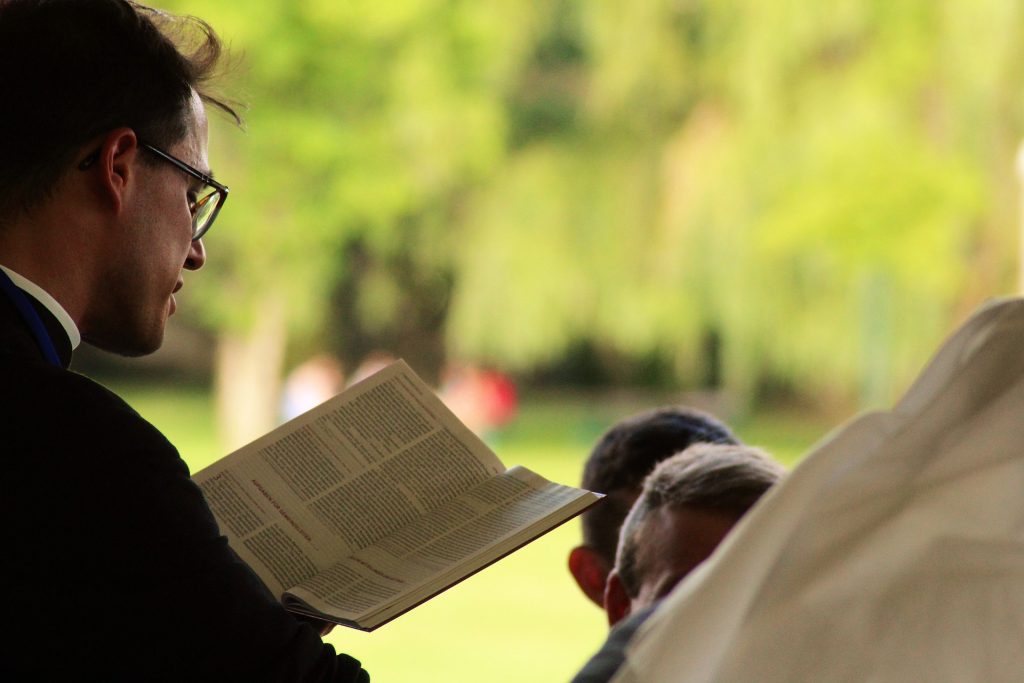 It may be evidence of a waning self-confidence among the Catholic hierarchy that Melbourne Archbishop Denis Hart, Sydney Archbishop Anthony Fisher and Brisbane Archbishop Mark Coleridge all refused to talk to Fairfax Media for this article (Perth Archbishop Timothy Costelloe​ is overseas). Hart, in particular, has courageously faced the media in some unpalatable situations and the public on talkback radio, making this reticence surprising.

But it is not surprising if 5 million Australians don’t think exactly the same about anything. Dr Bob Dixon, who recently retired as the church’s national research director, says Catholics have always disagreed about important social questions.

“There seems to be a common view that Catholics are like coins from the mint, all required to be identical – or like soldiers in an army who respond unquestionably to the general’s orders. But Catholics, like everyone else, are all different, formed in their opinions by their upbringing, social environment, education, experiences and personality.”

Further, the Second Vatican Council dropped the idea of blind obedience to the church, and instead encouraged Catholics to develop an informed conscience. All that the church has asked since then is that Catholics “must pay careful attention” to the teaching of the church, Dixon says.

Is this in fact what Catholics do? In the 2011 National Church Life Survey, a national random sample of 4219 church-attending Catholics from 217 parishes around Australia were asked how they decided about moral issues, Dixon says. “Twenty-seven per cent of respondents said ‘I always follow the teachings of the church’ and 5 per cent said ‘the teachings of the church do not influence my decisions about moral issues’. But 68 per cent chose the option that most closely reflects the teaching of Vatican II; that is, ‘I look to the teaching of the church for guidance, but then I follow my own conscience’.”

This shift to personal responsibility, he says, has been accompanied by another in the basis of morality, where traditional Catholic natural law is being displaced by a contemporary rights-based morality. “This is particularly evident among younger people, and particularly pertinent in relation to an issue like same-sex marriage.”

According to a senior lay leader who does not want to be named, sexual abuse scandals have so eroded the church’s moral authority that people have stopped listening. But this doesn’t apply on euthanasia, where the church has far more credibility because its wide, no-strings attached healthcare services – including being perhaps the largest palliative care provider in Australia – give it real authority.

The church must also dispel the notion that its arguments are “only” religious. “The idea that any objection is purely religious has been a construct for many debates, including IVF in the 1980s and stem cells in the 1990s. It’s a strategy to put the opposing view as biased, though the other side is not valueless either. But in politics, defining your opponent is a very important skill.”

Veteran campaigner Margaret Tighe, 85, the president of Right to Life, is adamant that the church cannot hide behind the sexual abuse crisis to avoid its moral responsibilities.

“As soon as the church speaks on moral issues, people say, ‘How can you talk?’ But that’s not an excuse to be silent on moral issues. It’s difficult times we live in. Sadly, we’ve lost on the abortion issue, but that’s no reason to give up. I’m sure that by our existence we’ve saved lives.”

Perhaps the first challenge for the leadership, if the Catholic Church is to retain its social influence, is to reconnect with the grassroots.

According to Doogue, the biggest issue facing many Catholics, including herself, is a sort of personal crisis of conscience. “I am personally struggling a lot ethically with how one balances the extraordinary amount of good work and fine displays of love and charity against the much smaller egregious examples. It’s a real conundrum, and it’s preoccupying people in the pews.”

She is also discouraged by the rush to judgment by outsiders, especially young people who are generally anti-institution. “There’s a mood about, make institutions bleed. I find some of it extremely self-righteous and counter-productive. The church, under good leadership, can come back.”

Clearly it is a difficult time to be a devout Catholic. If same-sex marriage passes, it will be a crisis only for a few bishops and a small percentage of Catholics. If euthanasia is legalised, that will mark a shift in societal values that disturbs many Catholics. If they lose on education funding, that will show a serious decline in political clout.

Francis is about authentic Christianity, not PR stunts