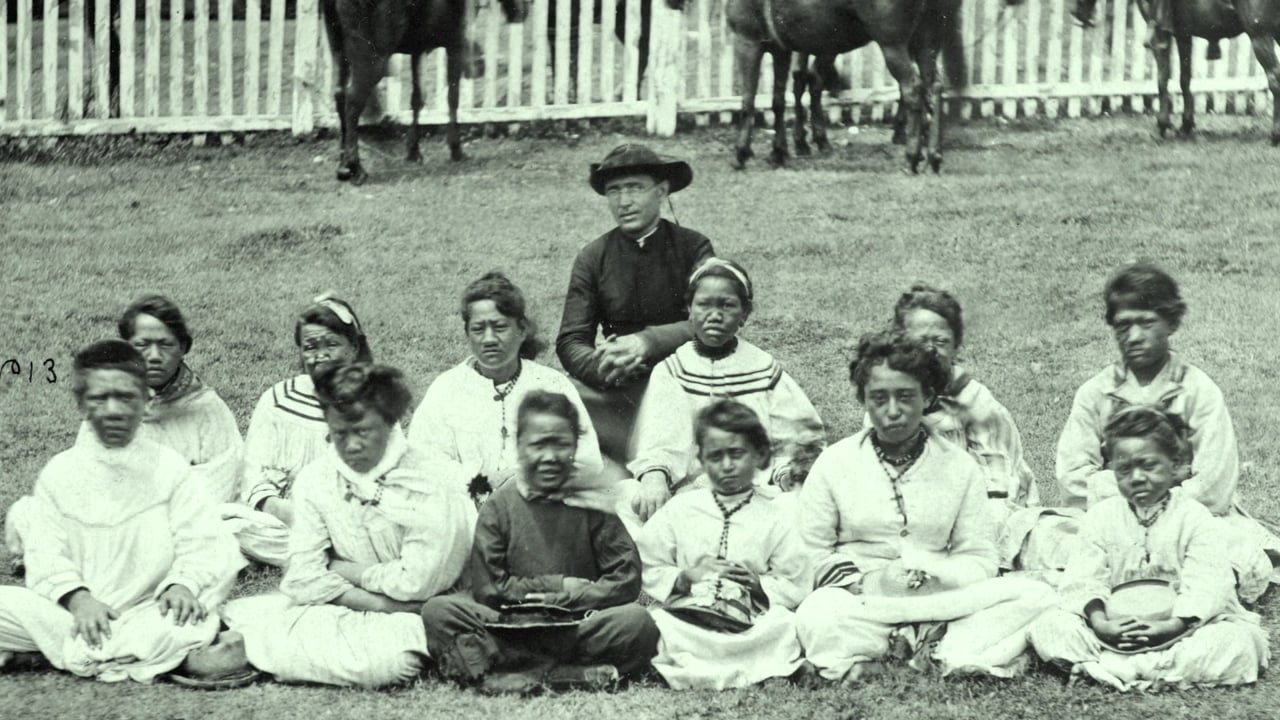 Father Damien of Molokai showed the true meaning of “compassion”: to suffer with the afflicted.

A heart for the poor

Father Damien of Molokai showed the true meaning of “compassion”: to suffer with the afflicted.

SIMON SMART: When Captain James Cook arrived in Hawaii in the 1770s, it had a population of about 300,000. By the 1850s, there were only about 60,000 Hawaiians left. Western diseases had decimated the native population.

In the 1860s, a new disease emerged: leprosy. It spread so rapidly that some feared the whole of Hawaii might be infected. Desperate measures seemed in order. Lepers were forcibly separated from their families, and sent away to die.

A leper colony was established here: the Kalaupapa Peninsula, on the island of Molokai.  The only way in or out was by boat, or by scaling these awesome cliffs below me. This is one of the most beautiful places in Hawaii. It’s also a natural prison.

This place was a hellhole.

ACTOR (EYEWITNESS ACCOUNTS, 1800s): The festering sores and lumps caused by the disease emitted an unbearable stench. Every day, someone died from the disease. The body of the unfortunate victim was then wrapped in the equally foul blanket on which they had been lying, and carried away by a few chosen lepers who still had sufficient strength. Often the dead were not buried deeply enough, and at night wild pigs would dig open the graves and eat the rotting flesh.

SIMON SMART: It was a place of utter despair, but one man was to change all that.

Father Damien De Veuster wasn’t supposed to come to Hawaii. His older brother had been chosen for the voyage, but he fell ill with typhus. Damien begged to go in his place.

When they asked for volunteers to go and visit the lepers, Father Damien was one of the first to put his hand up for the arduous journey.

He arrived in 1873. And when he saw the living horror for the people there he insisted he remain permanently.

Father Damien wrote that he found their wounds and mutilations repulsive. But he put aside his natural reactions, and just got stuck in. He blessed the dying; he embraced the sick; he ate from the same pot; he even shared his pipe. He saw himself as following the example of Jesus, who never hesitated to touch a leper.

He literally entered into the pain of others.

SIMON SMART: Father Damien cared deeply for both the physical and spiritual needs of his charges. He built houses and orphanages; served as a teacher, gardener, and magistrate; introduced music … and a sense of meaning back into their lives. He taught them that they were all valuable in the eyes of God; and that death was not the end.

Eventually, he contracted leprosy – joining those he had cared for for so long.

ACTOR (FATHER DAMIEN): Those microbes have finally settled themselves in my left leg and my ears, and an eyebrow begins to fall. I expect soon to have my face disfigured. Having no doubt myself of the true character of my disease, I feel calm, resigned, and happier among my people. Almighty God knows what is best and with that conviction, I say daily, “Your will be done”.

SIMON SMART: His sacrifice inspired others around the world to follow in his footsteps, and care for the poorest, the sickest, the outcast.