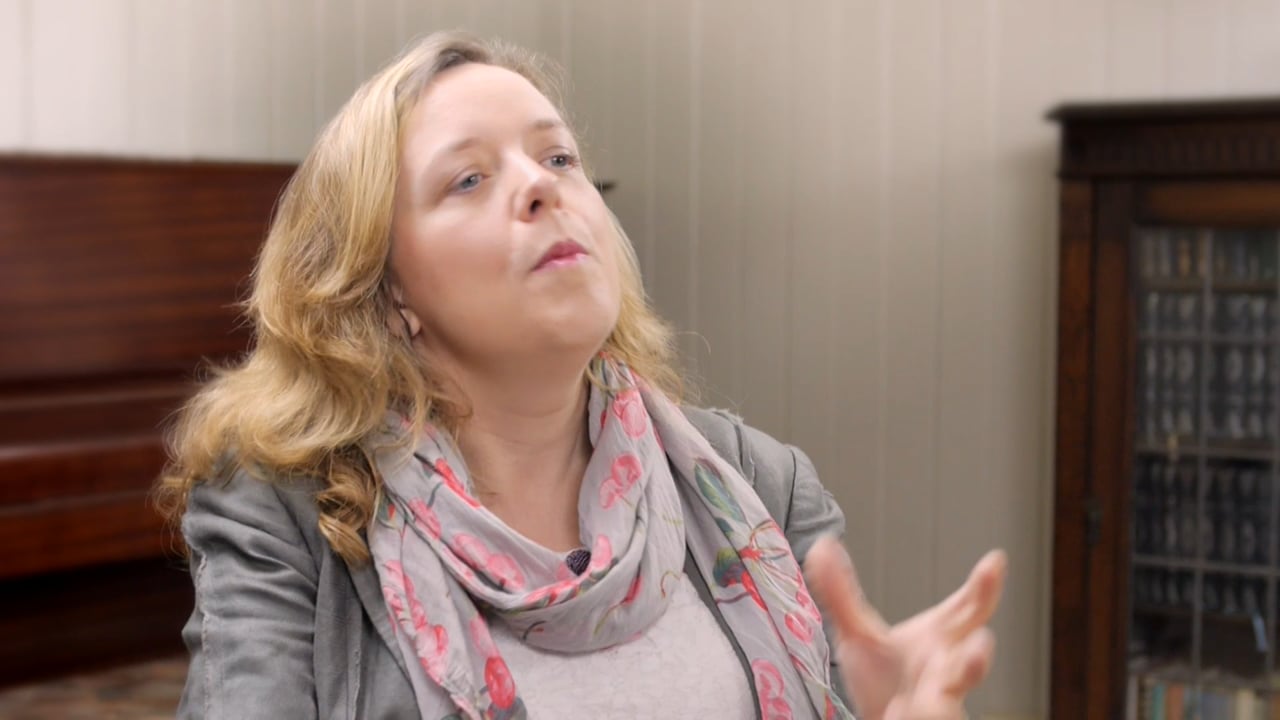 The Purpose of the Gospels

Dr Paula Gooder explains that while the Gospels were written to persuade, they are also historical documents.

Dr Paula Gooder explains that while the Gospels were written to persuade, they are also historical documents.

John Dickson chats to Dr Paula Gooder, a British theologian and lecturer in Biblical Studies, about how the Gospels are both theological and historical documents.

JOHN DICKSON: Can we talk then about one of the key parts of the Bible, the Gospels, that obviously tell us about Jesus…what are the Gospels? What genre do they fit into? And I guess what’s behind my question is – are they too theological for them to tell us anything factual?

PAULA GOODER: I would say absolutely not. What’s really interesting about the Gospels is that they are very hard to tie down. If you go into New Testament scholarship, people spend hours and hours and days and days discussing precisely what are they. Are they history? Are they narrative? Are they biography? There’s all sorts of different suggestions about precisely what the gospels are. So what the gospels are trying to do are to tell the story of this person Jesus Christ, who lived in Palestine in the first century. And so what they do is they combine lots of different elements. So they do tell us about the life of this person Jesus and it is quite easy to see that there are elements of that which are demonstrable, you can verify that there are certain elements of Jesus’ life which are absolutely historical. But what they’re also trying to do is not just tell us who this person was, but actually why he was important. Each one of the Gospels from their own perspective are trying to communicate something to us about why the author of that gospel thinks that this Jesus, Jesus Christ who lived in Palestine in the first century, is important to their readers and therefore, I would argue, also to us.

JOHN DICKSON: Is that the point where they become untrustworthy though, because ‘I really want you to believe how important he is’ and that’s where the fibs come in, the exaggerations come in?

PAULA GOODER: Well, you might want to call them fibs or exaggerations, or you might just want to call them rhetoric or persuasion. The whole point about the gospels is that they’re there to persuade you of things. If you look at Luke’s Gospel, right at the start of Luke’s Gospel, he says ‘I’m going to tell you this story, so that you will know that this is true, so that you will be able to believe in this person.’ John also is very clear why he’s telling you the story, he wants to persuade you of something. And I would say that pretty much all speech, everything that we say and write is trying to persuade you of something or another. So I’d say not fibs, but persuasion, and we do that all the time, don’t we? When we’re saying something, we’re always trying to persuade people of things. It doesn’t mean it’s not true, but it does mean that they have that kind of persuasive power behind them. The challenge for each one of us is, do we want to be persuaded or not?