The struggle to believe is not a futile one

The atheist bus adverts cause Greg Clarke to reflect on faith and certainty.

Bus advertisements by evangelistically-minded atheists are urging people to wake up and enjoy the godless life, but I often get the opposite response when people discover that I have a faith. “I’m jealous of your beliefs—I wish I could be certain like you.”

I have to admit that my reactions to the comment vary. Sometimes I feel like saying, “Actually, I wouldn’t wish my faith on you. All the strange meetings, the praying, the studying of ancient books, the trying to treat others as you would have them treat you. It’s exhausting! 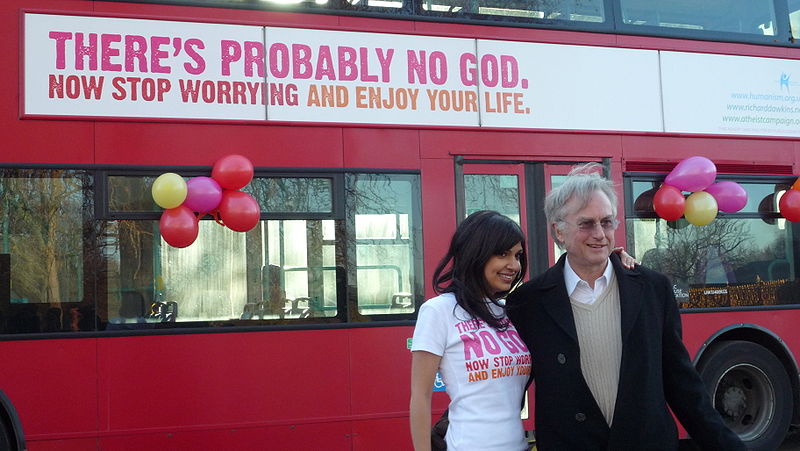 Other times, I have to emphasise that, while I am a convinced Christian, I don’t wander around in a doubt-free zone. I have an ongoing spiritual talk-fest in my head, tossing issues back and forth, thinking about the last thing I’ve read, the splendours and horrors of the world, and whether or not it makes sense to believe there is a God who cares.

‘Certainty’ is not the word I would use for what it is like to be a believer. Comfort, hope, understanding, peace, devotion, faith, love, all come to mind. But ‘certainty’ sounds like something an economist speaks about before the stock market crashes. Not much in human life is certain.

The most fascinating aspect of the jealousy remark is the view that I am lucky to believe. This sounds strange to my ears. It is as if we have no say at all in what we believe, and we just have to hope that we get the ‘belief’ gene, or have the right degree of optimism, or are born into the right kind of circumstances.

Of course, it is true that some people will believe anything, and that some personality types are more persuadable than others. But it is also true that human beings contribute actively to their beliefs. We are not simply passive products of our environment, but active participants in the construction of our view of the world.

Statisticians tell us that we do most of our ‘worldview formation’ between the ages of 14 and 23. That’s the period during which most people make up their minds about the big questions of God, meaning, morality, death and where the world is headed. But don’t fret if you fall outside the range—there are plenty of impressive counter-examples.

Professor Antony Flew, the most prominent advocate of atheism before Richard Dawkins took up his pen, recently decided that he does in fact think there is sufficient reason to believe there is a god. And he decided this at age 81. Novelist Anne Rice, most famous for Interview with a Vampire, wrote last year of her journey in 1998 from atheism back to the Catholic faith she left behind aged 15.

Recently retired Director of the Human Genome Project, Professor Francis Collins, moved from atheism to agnosticism to hold a Christian faith at age 26 after finishing his PhD. And Sydney ex-lawyer, Roy Williams, whose book God Actually has done so well this past year, came to Christianity after careful investigation, and with some personal pain, in his thirties.

It happens. People actively, awkwardly, very humanly, start to contribute to a change in their beliefs. They read, they think, they talk to people, they even pray. And then their beliefs change. I would never suggest that what you believe is entirely within your control, but it’s not completely outside your influence either. We contribute to our belief formation.

I’m hoping my friends will put their ‘jealousy’ to good use, and test their beliefs, pursue them, and see what happens. No one can force you to believe that there is a God, let alone the Christian story that God took on human form in Jesus Christ some 2000 years ago. But you can interrogate that idea and see where it leads you. You can read, think, talk, visit a church, get online, listen to a sermon, sleep on it. You might even do it on a bus.

There’s no place for jealousy, just an openness to change. And for many of us—Christian or otherwise—that’s the biggest challenge of all.

Greg Clarke is Co-Director of the Centre for Public Christianity.