The truth about dying

I am a palliative care doctor. I look after people who are terminally ill. Let me tell you about a patient I looked after many years ago, during my training. Due to the usual department rotations of medical training, I had been on the spot when he was diagnosed with lung cancer—a tall Lebanese gentleman with an impressive moustache, patriarch of a large immigrant family.

I had not seen him for some time, and when he appeared in the ward again, I could see that things had not gone well. He was a shadow of his former self, gaunt and grey, though the moustache valiantly lingered on. It was like seeing an old friend; any familiar face is welcome in such a setting.

We soon were able to control his symptoms of pain and breathlessness with the appropriate medication. He did, however, continue to suffer.

I asked him what had been the most difficult experience of his illness. His answer surprised me, back then, though it would not now. Despite the trials of discovering he had cancer, experiencing the ravages of chemotherapy, battling with pain and breathlessness and increasing debilitation, the thing that had been most difficult for him was his loss of position in his family.

He no longer ruled the clan, his illness had resulted in a demotion. He found this intolerable, he wanted his authority back, and he wanted more time with his family.

Like most of my patients, thoughts of euthanasia did not cross his mind as a response to his suffering. He wanted more time, not less. 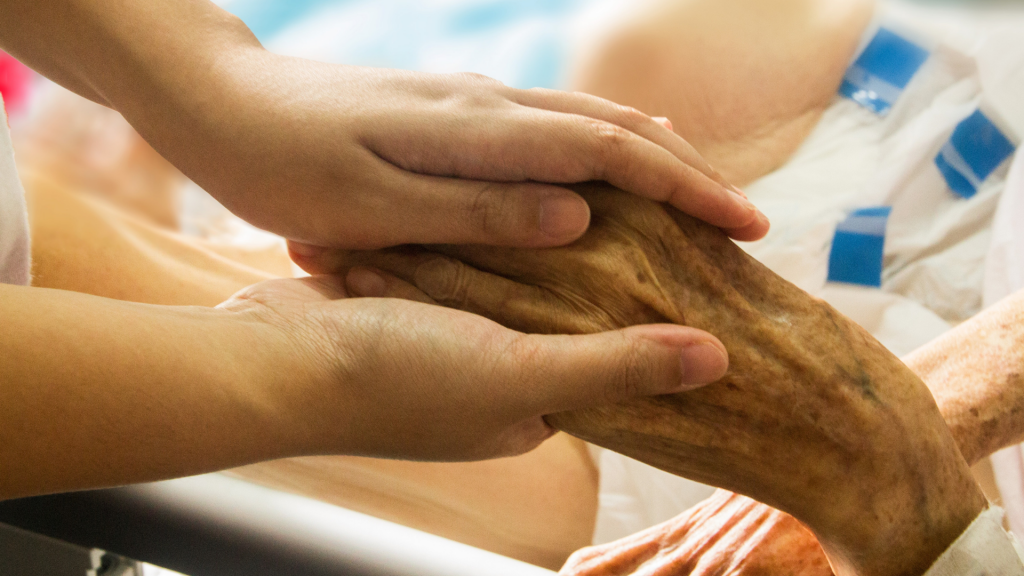 I have always found striking the discrepancy between the public support for euthanasia (among those who are healthy) and my patients’ desire for continued life. I was informed of a recent poll which claimed that 87% of Australians support legalisation of euthanasia.

Research done on palliative care populations, however, tells a different story. A study done some years ago in Sydney found that less than 1% of those referred to a Palliative Care Service made persistent requests for euthanasia. My own observation is that things haven’t changed much since then. Why the disparity?

I think there are many reasons why this is the case. The absence of death in everyday life no doubt contributes—it is a remote event often occurring in hospitals, and many of us base our understanding of what really happens on hearsay. And hearsay, especially from the distant past, has some horrifying stories to tell.

Yet I think the main reason why our community voices such strong support for euthanasia is because it has been confused about some accepted end-of-life practices which are already legal, but poorly understood. These include withdrawal of life-prolonging treatment and symptom control.

When a patient is in the terminal stages of their illness, a time may come when treatments aimed at cure either no longer work (they are futile) or the burden of side-effects such as nausea and vomiting may be so overwhelming that they cancel out any benefit of treatment. At this stage the treatment may be not prolonging life so much as prolonging the process of dying.

At this time a decision may be made to stop (withdraw), or decide not to start (withhold), such a treatment. The patient himself may suggest this course. Mentally competent patients do not have to accept any treatment they don’t want.

The decision is made carefully in full consultation with the patient and their family and full supportive care remains in place so the patient is kept comfortable while the underlying disease takes its course. It is not a question of whether a life is worthwhile, but whether the treatment is worthwhile.

There is no doubt that those on both sides of the euthanasia debate want to ensure that suffering is minimalised.

Sometimes in the terminal stages of disease the distressing nature of a patient’s symptoms may require the careful sedation of the patient. Once again this will be done carefully in consultation with the patient, and the sedation will be lightened periodically to allow the patient to communicate.

Treatment with morphine is often equated with euthanasia, based on a myth which persists despite the best clarifying efforts of Palliative Care workers. You will be glad to know that morphine in therapeutic doses (doses required for pain control) does not shorten life, so there is no need for complicated philosophical discussions to justify adequate analgesia for dying patients.

We treat the symptoms which distress our patients, balancing the benefits and burdens as at any other time of life.

Withholding or withdrawing life-prolonging treatment along with adequate symptom control are good end-of-life medical practices which should be encouraged in clinically appropriate situations, as they improve quality of life for the dying. We all want this— there is no doubt that those on both sides of the euthanasia debate want to ensure that suffering is minimalised at the end of life.

I define euthanasia as the situation where a doctor intentionally kills a person by the administration of drugs, at that person’s voluntary and competent request. The important points are that the doctor’s actions are deliberate, the patient requested euthanasia without any compulsion from third parties, and they are mentally competent at the time they made the request.

A narrow definition of euthanasia allows us to discuss each end-of-life practice on its own merits. I know that some patients are not aware that they have a legal right to refuse treatment, for example, and are relieved to discover they will not have to undergo burdensome treatment they would rather avoid.

I do not use the terms ‘active’ and ‘passive’ to describe euthanasia as they are ambiguous and confusing.

In the same way, I believe that ‘voluntary’ and ‘involuntary’ should be avoided when referring to euthanasia. There is no such thing as involuntary euthanasia. If someone is killed, even in a medical setting, without their consent, it is not euthanasia; it is murder. And this, of course, is why euthanasia has been illegal for so long in this country. 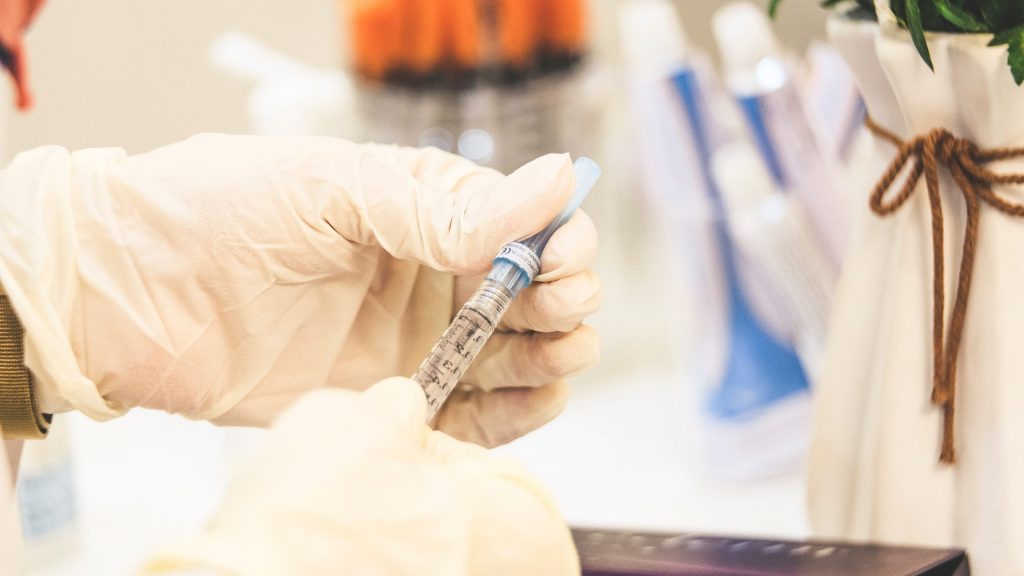 The prohibition against deliberately killing an innocent fellow citizen is one of the most basic tenets of our society. This law finds its origins in Judaeo-Christian values, which explains why religious people are frequently opposed to euthanasia. ‘Do not murder’—one of the Ten Commandments—is of course upheld by believers and non-believers alike. The Christian worldview has left a legacy that runs deeply throughout our culture.

So why is there a call to legalise such an act at a time when we have more medical therapies available than ever before in human history? The two main arguments proposed in support of euthanasia are the relief of suffering and personal autonomy.

The motivation of those supporting euthanasia is almost universally one of compassion. Compassion for those who suffer; a desire to offer relief. This is an honorable sentiment, and I can fully understand it. I can even see how those with a materialist worldview could argue the ethical justification for euthanasia on an individual basis (though I do not ascribe to this position myself): if you thought this life was all there is, and you were facing physical debilitation, why wouldn’t you want to end it all?

Care of the dying is not good enough. We must do better. Palliative care services in this country are working at this on a daily basis, and have succeeded to the point where this is no longer the dominant argument supporting legalisation of euthanasia.

Autonomy, the right of the individual to choose the timing and manner of their own death, is the focus of pro-euthanasia rhetoric. I accept that in opposing legalization of euthanasia I am aiming to prevent the small minority of patients who do want euthanasia at the end of their life from getting their wish.

My objection is to a change in the law which operates across the community as a whole—a different scenario to the individual one—which brings a wide range of consequences which play out on a societal level.

It is terrible that those few who ask for it cannot have what they want, but we must protect the larger group of vulnerable patients who would be at risk if euthanasia were legalised.

I wonder if our community discussion about euthanasia is not so much about pain control as a desire to control dying itself.

I too am motivated by compassion. These are difficult matters on which there is much disagreement, but the decision to adjust society’s morality so dramatically, so that a doctor is allowed to kill her patient, should not be one which is made easily.

I wonder if our community discussion about euthanasia is not so much about pain control as a desire to control dying itself. We do not need a ‘right to die’—death is coming to each us all too predictably, and modern autonomous man is not ready. We have lost our traditions, we don’t know how to die, we have lost our vocabulary to discuss the existential questions which death demands of us— why are we here, what is it all about, where are we going?

These are important matters which my patients ponder as they see their bodies deteriorate.

My moustached Lebanese gentleman questioned his existence once stripped of his earthly role, and even when his pain had stopped and his breathing had eased, he continued to suffer.

It was not a medical problem. It required more than a medical answer.

Dr Megan Best is a palliative care doctor, a medical ethicist and a Fellow of the Centre for Public Christianity.