Barney Zwartz asks: why is the UN doing so little to protect religious minorities?

AN OLD line in diplomatic circles says there is no problem that the United Nations cannot make worse. The only situation worse than having the UN as it is today would be not having it at all: Winston Churchill was right that “jaw-jaw is better than war-war”.

One of the UN’s most persistent failures regarding its charter is its woeful record in protecting religious minorities from persecution, anywhere at any time.

Its Declaration of Human Rights proclaims freedom of thought, conscience and religion, its charter expressly cites freedoms without distinction by religion and in 1981 the UN recommitted itself and every member nation to guaranteeing religious freedom. 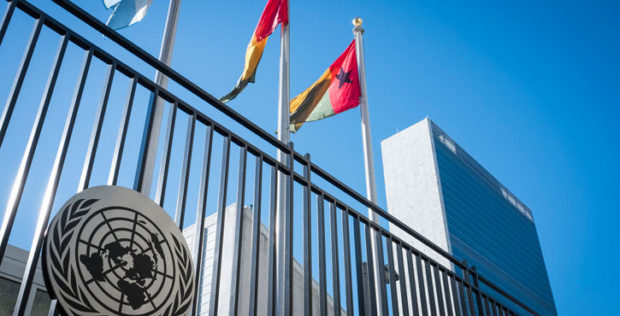 Despite that, it has stood virtually voiceless with 200 million Christians in 60 countries at risk of persecution (according to a decade-old British intelligence report — the problem is surely worse now). Muslims, Buddhists, Baha’is, members of tribal religions and many others also suffer.

A white paper by Alliance Defending Freedom International on the UN’s failure to protect religious freedom is depressing. ADFI is a conservative religious organisation that has been criticised for its stance on homosexuality, but this paper appears meticulously researched.

It says vulnerable religious minorities are sacrificed to politics, especially by Muslim-majority countries, and by LGBT and pro-choice lobby groups.

An example is the UN’s failure to label as genocide ISIS’s depredations against Christians, Yazidis and others in Syria and Iraq. That relieves nations of an obligation to intervene and will hinder potential prosecutions.

The paper notes that the UN Security Council held a special meeting in 2015 about ISIS crimes against some 30 lesbian, gay and bisexual people. That was undoubtedly a good thing but there was no such meeting about ISIS murdering 10,000 members of religious minorities.

Meanwhile, the UN Human Rights Council’s member nations include 13 of the worst persecutors as listed by global NGO Open Doors, including China and Saudi Arabia. The council is preoccupied with Israel, holding seven special sessions on shortcomings by that country and passing 61 resolutions against it from 2006 to 2015.

That compares with one special session on Myanmar (where Rohingya Muslims endure persecution) and five resolutions condemning Iran, one of the worst offenders.

One of the main obstacles is obstruction by Muslim countries, which do not want to be accountable. For example, the paper cites a move by Britain in 2015 to protect religious minorities that was blocked by Muslim-majority countries. They opted instead for “partisan posturing”.

A small bloc of Islamic countries on the Human Rights Council has been able to stop protections. In a proposed resolution on the right to religious freedom in 2015, Muslim countries including Pakistan, Egypt, Jordan, Maldives, Morocco, Qatar and Saudi Arabia deleted language urging countries to protect people at risk of violence because of religious belief. They claimed such violence was often not grounded in religion.

The undoubted reality of Islamophobia in the West should not disguise the greater danger and persecution of minorities in Muslim-majority countries, where many are in perpetual and real fear for their lives.

Muslims in Australia often face discrimination and prejudice and that is wrong. But Muslims here do not face murderous Christian or atheist mobs burning down their homes and killing them. No Muslim in Australia has spent seven years on death row because she polluted a communal cup by drinking from it (as happened to Asia Bibi in Pakistan).

No Muslims in Australia face 80 lashes from religious authorities for following their religion, as Christians do in Iran for using communion wine. Their daughters are not abducted, raped and forced to marry into another religion.

There isn’t space to detail the UN’s litany of failures as peacekeepers.

But when it comes to religious freedom, the UN seems to be operating less to protect the persecuted and vulnerable than as a cloak behind which persecutors can act with impunity. The UN faces almost unsolvable problems and I am grateful for its occasional successes and its often useful international agencies.

But when it is used to legitimise and cover up genocide and persecution, that is a travesty we must not tolerate.

This article first appeared in the Herald Sun.