There’s an unexpected glimmer of hope in Christmas, even as Australia burns

Christmas is often scorching in Australia, but summer has never left such an acrid sting of smoke in my throat.

Things just feel wrong: the ash in the air, that everything is “business as usual” under the feverish light of an orange sun, my five-year-old boy wondering why the world burns.

December may traditionally be a season of Advent—at least, for Christian believers anticipating the birth of Jesus Christ. But it feels off-trend to speak of babies at all this Christmas. In the face of the climate crisis, some are questioning whether to have any.

Alexandria Ocasio-Cortez, the youngest woman ever elected to the U.S. Congress, summed up millennial angst when she said fears over an unliveable planet “does lead young people to have a legitimate question: is it OK to still have children?”

And even if producing heirs is non-negotiable, the younger British Royals seem to have one eye on their brood’s ecological footprint, with Harry and Meghan telling Vogue they would have no more than two children for the sake of the planet.

Closer to home, 24-year-old Melanie of Brisbane felt so despondent about the future that she terminated an unplanned pregnancy last year, telling The Sydney Morning Herald, “I cannot justify bringing children into a world in the midst of a mass extinction event and facing total ecological collapse.” 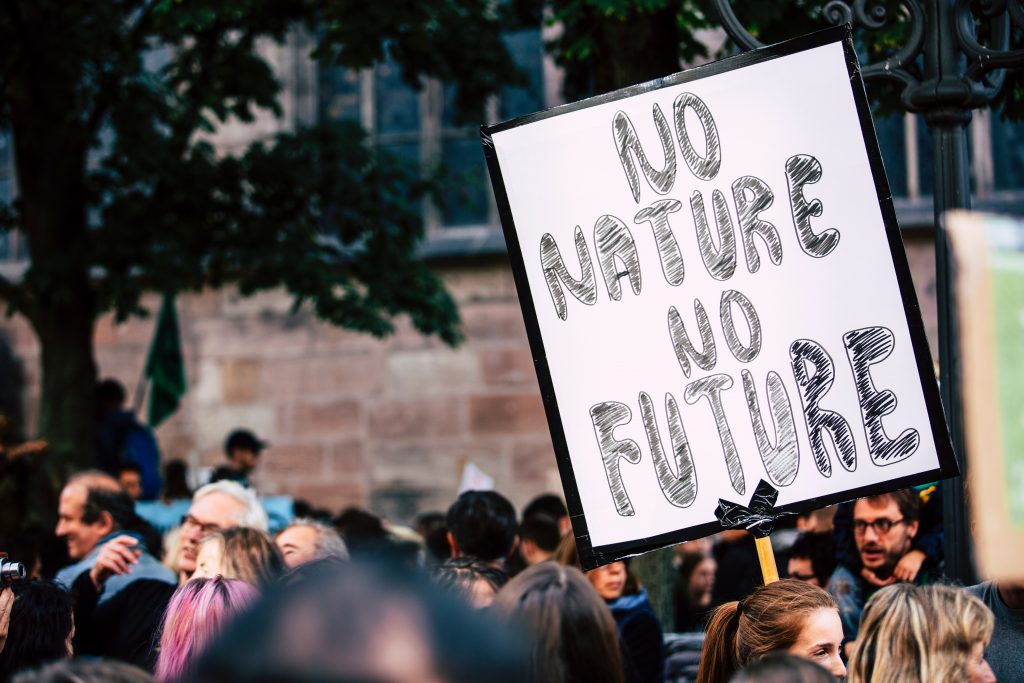 To some, this is just the panicked overreaction of a vocal minority, a cautionary tale about the dangers of too much disaster in the media diet. To others, it overstates the impact of being childfree, given that climate change goes far beyond our individual choices.

The future isn’t all grim

Whatever it is, it’s also a forsaking of hope.

But the future need not be so grim, even if “it is worse, much worse, than you think.”

So opens David Wallace-Wells’ best-seller The Uninhabitable Earth: A Story of the Future that’s guaranteed to give you nightmares about the climate horrors of tomorrow: not just a planet too hot to live on, but political strife, economic collapse, the drowning of coastal countries like Bangaldesh, tens of millions of climate refugees.

The litany of disasters he foretells is enough to warn anyone off blithe baby making. But he has surprising views on bearing children. He even had one, Rocca, while writing his book.

“Each baby arrives in a brand-new world, contemplating a whole horizon of possibilities,” he writes. “The horizons are just as open to us, however foreclosed and foreordained they may seem.”

It’s an unexpected glimmer of hope. Wallace-Wells is counting on humanity: current inaction, he says, is what makes our climate future seem pointless, but it’s within our power to leave behind a habitable home for the generations of tomorrow.

The story of the child

Whether he knows it or not, Wallace-Wells’ expectation of a hoped-for future, hinging on the birth of a child, is entirely in keeping with the story of Christmas.

“The hopes and fears of all the years are met in thee tonight,” goes the carol O Little Town of Bethlehem, addressing the backwater village that hosts a cosmic event: one in which past heartaches, future longings, and even expectations of environmental collapse, all converge on that famous stable.

And all because of the birth of a child foretold some 700 years earlier by the biblical prophet Isaiah.

Not any child, of course. Rather, one called Prince of Peace, Mighty God and Immanuel—meaning “God with us” and naming not only the inbreaking of the divine into a broken world, but God in solidarity with broken people.

According to this story, because there is this child the future, however uncertain or unsettling, is guaranteed, because this child is God who holds all of time in his hands.

Each child is the birth of hope, a reminder that new life brings with it infinite possibility: for us as well as the future.

To hope in this doesn’t encourage complacency in the face of disaster—as some read appeals for prayers for God to relieve the drought. To pray is to groan with the world, yearn for God’s better future, and imagine what it would mean to align our lives with our hopes—all of which can drive meaningful action.

What this story should do is remind us that each child is the birth of hope, a reminder that new life brings with it infinite possibility: for us as well as the future.

Because as vulnerable as children are, they tend to do something profound in their helplessness: they make parents out of people, parents who want to be worthy of the future.

I haven’t much good news for my wide-eyed boy when he asks why we breathe smoke, but I still try to reassure him that, as the cliché goes, “everything will be alright”.

Obviously, I can’t promise that. But he is a living, breathing reminder, not of the 58 tonnes or so of carbon I am expected to annually inject into the atmosphere on account of his existence, but of Christmas, when for the sake of all people God was born as a baby.

That’s why it’s still possible to hope, even in a world baking under an orange sun. Not in spite of, but precisely because, as Isaiah prophetically announced, “unto us a child is born”.

Justine Toh is Senior Fellow at the Centre for Public Christianity, is the host of ‘Spiritual Lifehack’, an occasional series on ABC RN’s Soul Search and, very occasionally, guest-hosts ABC RN’s God Forbid.