Top 10 tips for Atheists this Easter

As an intellectual movement, Christianity has a head start on atheism. So it’s only natural that believers would find some of the current arguments against God less than satisfying.

In the interests of a more robust debate this Easter, I want to offer my tips for atheists wanting to make a dent in the Faith. I’ve got some advice on arguments that should be dropped and some admissions about where Christians are vulnerable. 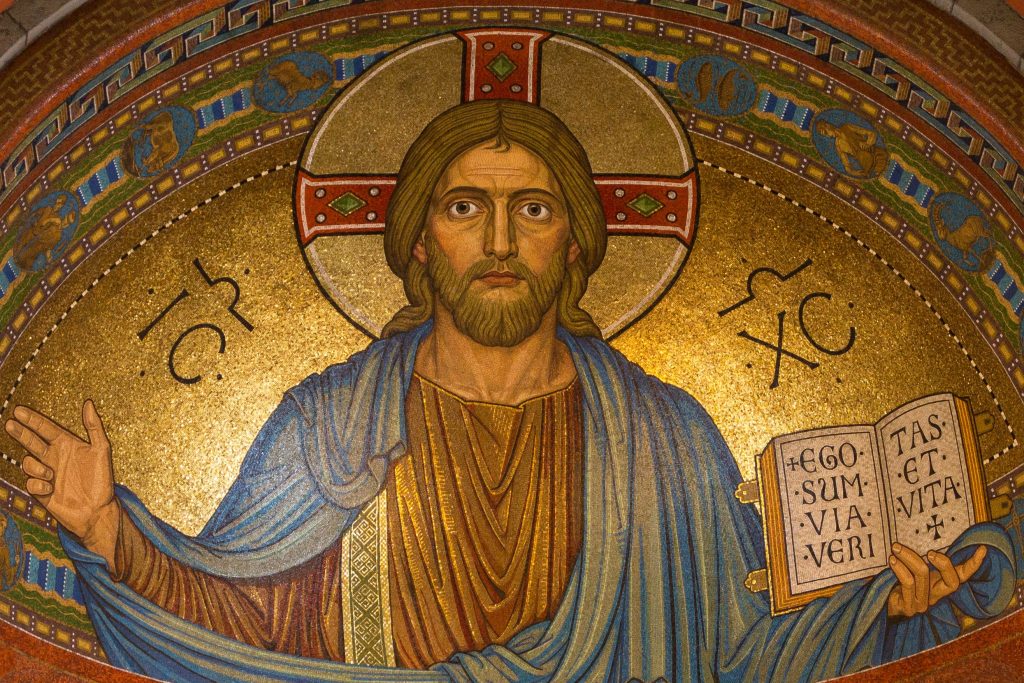 This is the 1,984th Easter since 7 April AD 30, the widely accepted date among historians for the crucifixion of Jesus (the 1,981st if you find the arguments for 3 April AD 33 persuasive). Christians have been pondering this stuff for a long time. They’ve faced textual, historical, and philosophical scrutiny in almost every era, and they have left a sophisticated literary trail of reasons for the Faith.

My first tip, then, is to gain some awareness of the church’s vast intellectual tradition. It is not enough to quip that ‘intellectual’ and ‘church’ are oxymoronic. Origen, Augustine, Philoponus, Aquinas, and the rest are giants of Western thought. Without some familiarity with these figures, or their modern equivalents – Pannenberg, Ward, MacIntrye, McGrath, Plantinga, Hart, Volf – popular atheists can sound like the kid in English class, “Miss, Shakespeare is stupid!”

Tip #2. Notice how believers use the word ‘faith’

One of the things that becomes apparent in serious Christian literature is that no one uses ‘faith’ in the sense of believing things without reasons. That might be Richard Dawkins’ preferred definition – except when he was publicly asked by Oxford’s Professor John Lennox whether he had ‘faith’ in his lovely wife – but it is important to know that in theology ‘faith’ always means personal trust in the God whose existence one accepts on other grounds. I think God is real for philosophical, historical, and experiential reasons. Only on the basis of my reasoned conviction can I then trust God – have faith in him – in the sense meant in theology.

Richard Dawkins and Lawrence Krauss have done a disservice to atheism by talking as though 6-Day Creationism is the default Christian conviction. But mainstream Christianities for decades have dismissed 6-Day Creationism as a misguided (if well-intentioned) project. Major conservative institutions like Sydney’s Moore Theological College, which produces more full time ministers than any college in the country, have taught for years that Genesis 1 was never intended to be read concretely, let alone scientifically. This isn’t Christians retreating before the troubling advances of science. From the earliest centuries many of the greats of Judaism (e.g., Philo and Maimonides) and Christianity (e.g., Clement, Ambrose, and Augustine) taught that the ‘six days’ of Genesis are a literary device, not a marker of time.

Tip #4. Repeat after me: no theologian claims a god-of-the-gaps

One slightly annoying feature of New Atheism is the constant claim that believers invoke God as an explanation of the ‘gaps’ in our knowledge of the universe: as we fill in the gaps with more science, God disappears. Even as thoughtful a man as Lawrence Krauss, a noted physicist, did this just last month on national radio following new evidence of the earliest moments of the Big Bang.

But the god-of-the-gaps is an invention of atheists. Serious theists have always welcomed explanations of the mechanics of the universe as further indications of the rational order of reality and therefore of the presence of a Mind behind reality. Krauss sounds like a clever mechanic who imagines that just because he can explain how a car works he has done away with the Manufacturer.

Tip #5. “Atheists just go one god more” is a joke, not an argument

I wish I had a dollar for every time an atheist insisted that I am an atheist with respect to Thor, Zeus, Krishna, and so on, and that atheists just go ‘one god more’. As every trained philosopher knows, Christians are not absolute atheists with regard to other gods. They happily affirm the shared theistic logic that there must be a powerful Mind behind a rational universe. The disagreements concern how the deity has revealed itself in the world. Atheism is not just an extension of monotheism any more than celibacy is an extension of monogamy.

Moving from science and philosophy to sociology, I regard New Atheism’s “religion poisons everything” argument as perhaps its greatest faux pas. Not just because it is obviously untrue but because anyone who has entertained the idea and then bumped into an actual Christian community will quickly wonder what other fabrications Hitchens and Dawkins have spun.

I don’t just mean that anyone who dips into Christian history will discover that the violence of Christendom is dwarfed by the bloodshed of non-religious and irreligious conflicts. I mean that those who find themselves, or their loved ones, in genuine need in this country are very, very likely to become the beneficiaries of direct and indirect Christian compassion. The faithful account for an inordinate amount of “volunteering hours” in Australia, they give blood at higher-than-normal rates, and 18 of the nation’s 25 largest charities are Christian organisations. This doesn’t make Christians better than atheists, but it puts the lie to the claim that they’re worse.

Tip #7. Concede that Jesus lived, then argue about the details

Nearly 10 years after Richard Dawkins says that “a serious historical case” can be made that Jesus “never lived” (even if he admits that his existence is probable), it is astonishing to me that some atheists haven’t caught up with the fact that this was always a nonsense statement. Even the man Dawkins cites at this point, G. A. Wells (a professor of German language, not a historian), published his own change of mind right about the time The God Delusion came out.

New Atheists should accept the academic reality that the vast majority of specialists in secular universities throughout the world consider it beyond reasonable doubt that Jesus lived, taught, gained a reputation as a healer, was crucified by Pontius Pilate, and was soon heralded by his followers as the resurrected Messiah. Unless sceptics can begin their arguments from this academic baseline, they are the mirror image of the religious fundamentalists they despise – unwilling to accept the scholarly mainstream over their metaphysical commitments.

Aristotle was the first to point out that persuasion occurs through three factors: intellectual (logos), psychological (pathos), and social or ethical (ethos). People rarely change their minds merely on account of objective evidence. They usually need to feel the personal relevance and impact of a claim, and they also must feel that the source of the claim – whether a scientist or a priest – is trustworthy.

Christians frequently admit that their convictions developed under the influence of all three elements. When sceptics, however, insist that their unbelief is based solely on ‘evidence’, they appear one-dimensional and lacking in self-awareness. They would do better to figure out how to incorporate their evidence within the broader context of its personal relevance and credibility. I think this is why Alain de Botton is a far more persuasive atheist (for thoughtful folk) than Richard Dawkins or Lawrence Krauss. It is also why churches attract more enquirers than the local sceptics club. 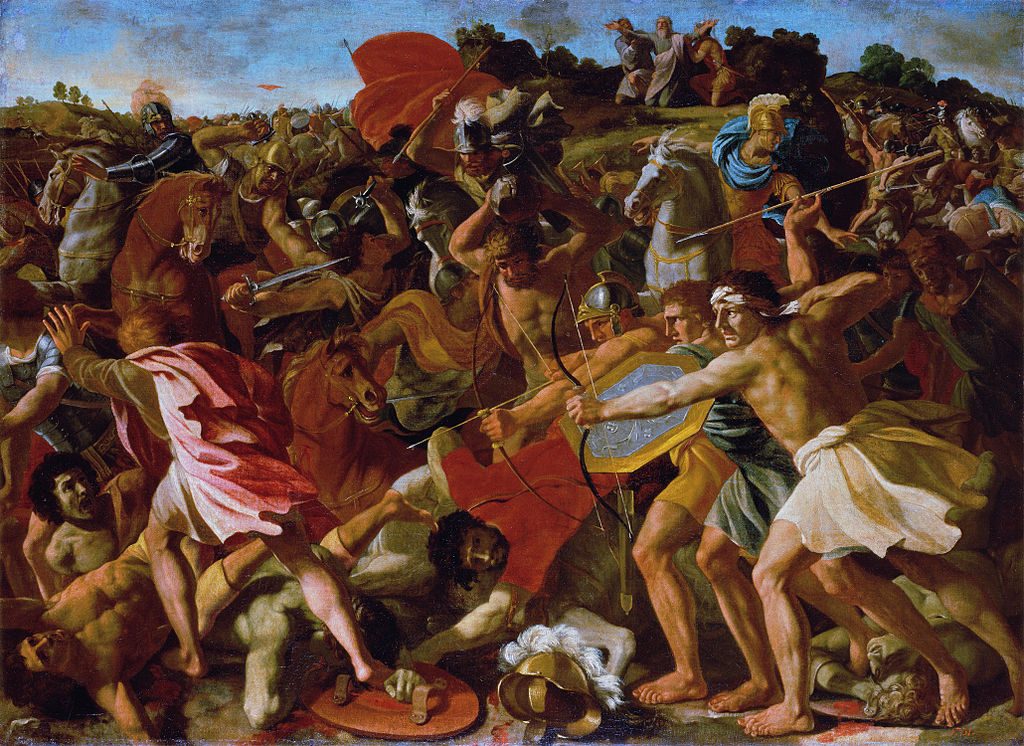 I promised to highlight vulnerabilities of the Christian Faith. Here are two.

Most thoughtful Christians find it difficult to reconcile the loving, self-sacrificial presentation of God in the New Testament with the seemingly harsh and violent portrayals of divinity in the Old Testament. I am not endorsing Richard Dawkins’ attempts in chapter 7 of The God Delusion. There he mistakenly includes stories that the Old Testament itself holds up as counter examples of true piety. But there is a dissonance between Christ’s “love your enemies” and Moses’ “slay the wicked”.

I am not sure this line of argument has the power to undo Christian convictions entirely. I, for one, feel that the lines of evidence pointing to God’s self-disclosure in Christ are so robust that I am able to ponder the inconsistencies in the Old Testament without chucking in the Faith. Still, I reckon this is one line of scrutiny Christians haven’t yet fully answered.

Tip #10. Press us on hell and judgment

Questions can also be raised about God’s fairness with the world. I don’t mean the problem of evil and suffering: philosophers seem to regard that argument as a ‘draw’. I am talking about how Christians can, on the one hand, affirm God’s costly love in Jesus Christ and, yet, on the other, maintain Christ’s equally clear message that those who refuse the Creator will face eternal judgment. If God is so eager for our friendship that he would enter our world, share our humanity, and bear our punishment on the cross, how could he feel it is appropriate to send anyone to endless judgment?

This is a peculiar problem of the Christian gospel. If God were principally holy and righteous, and only occasionally magnanimous in special circumstances, we wouldn’t be shocked by final judgment. But it is precisely because Jesus described God as a Father rushing to embrace and kiss the returning ‘prodigal’ that Christians wonder how to hold this in tension with warnings of hell and judgment.

Again, I’m not giving up on classical Christianity because of this internally generated dilemma, but I admit to feeling squeamish about it, and I secretly hope atheists in my audiences don’t think to ask me about it.

I doubt there are any strong scientific, philosophical or historical arguments against Christianity. Most of those in current circulation are nowhere near as persuasive as New Atheism imagines. Contemporary sceptics would do well to drop them. Paradoxically, I do think Christianity is vulnerable at precisely the points of its own emphases. Its insistence on love, humility, and non-violence is what makes the Old Testament seem inconsistent. Its claim that God “loves us to death” (literally) creates the dilemma of its teaching about final judgment. Pressing Christians on this inner logic of the cross of Christ will make for a very interesting debate, I am sure. Believers may have decent answers, but at least you’ll be touching a truly raw nerve of the Easter Faith.

Dr John Dickson is an author and historian, and a founding director of the Centre for Public Christianity.