Simon Smart reflects on the over-incarceration of Aboriginal children, and the value of offering grace when things go wrong.

When I was about seven years old, mucking around with a mate, I decided it might be fun to throw rocks at cars. I was a good kid – more teacher’s pet than class terror. But for some reason, my small brain thought this would be a good laugh.

The second projectile I launched went through the open window of a moving car and put a small crack on the inside of the windscreen. We ran for our lives. I remember hiding in our shed offering frantic prayers and all sorts of promises should I be allowed a reprieve.

But after waiting for what I was sure would be long enough for the coast to be clear, I knew I had to return to the scene of the crime to retrieve my shoes. A crucial error. The woman driving the car was waiting for me and demanded I face a walk of shame for her to point out the damage. A lecture and a stern warning were my only sanction. She didn’t even want to see my parents.

I was reminded of that episode earlier this month when reading the story of what happened more recently to another small boy who’d decided to throw rocks at a car. His mother, Indigenous Australian Jane Williams, recalled how her eight-year-old was picked up by the police and was left on his own in their truck back at the station for at least two hours before she was able to find him. Four years later, his mum says he is still distrustful of police.

The trajectory of a life can be profoundly impacted by seminal moments – and the way those around you react.

It made me think of the way the trajectory of a life can be profoundly impacted by seminal moments – and the way those around you react. Ken Wyatt, Minister for Indigenous Australians, says more needs to be done to stop his people being targeted by police, citing an unconscious bias from officers towards Aboriginal people.

We’ve been reminded lately that Aboriginal and Torres Strait Islanders, while less than 3 per cent of the Australian population, make up 27 per cent of those in prison. It’s a shocking statistic that sits alongside others that should alarm us. Thirty years after the Royal Commission into Aboriginal Deaths in Custody, the proportion of Indigenous prisoners has doubled. Almost one-third of women prisoners are Indigenous. According to Cheryl Axleby, co-chair of NATSILS (National Aboriginal and Torres Strait Islander Legal Services), raising the age of criminal responsibility from 10 to 14, as recently endorsed by the ACT legislature, would reduce the over-incarceration of Aboriginal children by at least 17 per cent. That gives you a feel for where things are at.

John Ralph, Head of Gawura, a school for Indigenous and Torres Strait Islander children in the centre of Sydney, says the damage starts early, but has historical roots that can’t be ignored. Ralph points to disruption to culture, land, language and communities as factors that have shaped the story of his people in undeniably detrimental ways. “There is an historical trauma that modern day Australia needs to acknowledge,” he says.

The Uluru Statement from the Heart‘s haunting reflection on the torment of our powerlessness cries out for that acknowledgement and a way forward. “Proportionally, we are the most incarcerated people on the planet. We are not an innately criminal people,” it reads. “Our children are aliened from their families at unprecedented rates. This cannot be because we have no love for them. And our youth languish in detention in obscene numbers. They should be our hope for the future.” 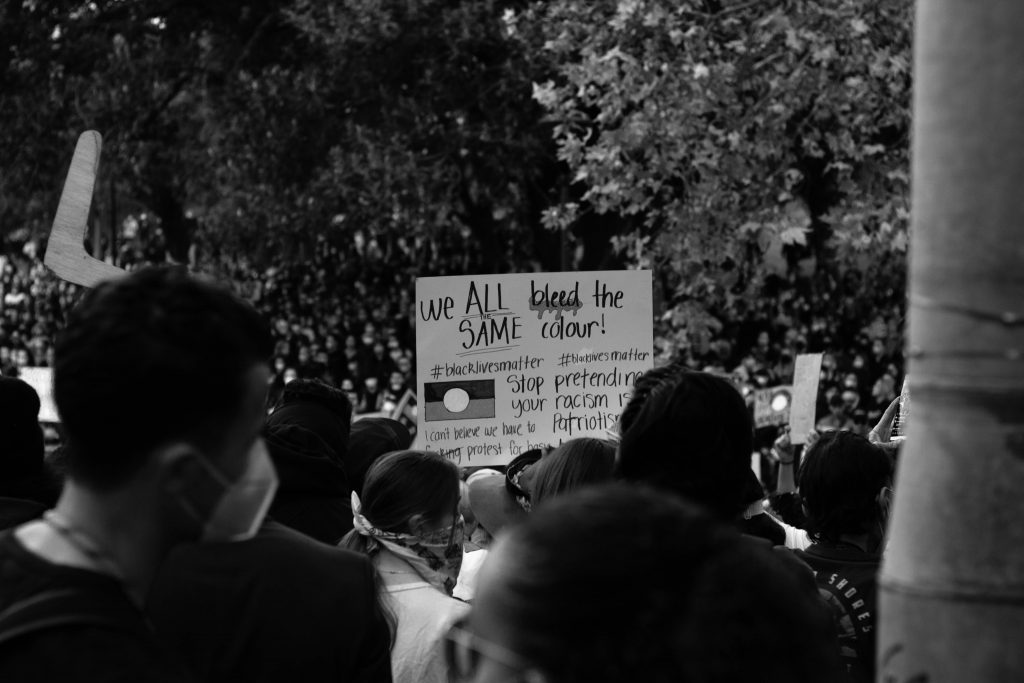 While John Ralph can’t help but feel dismay when faced with those incarceration statistics, he remains buoyed with a sense of what’s possible. He speaks with great passion and pride about the kids in his care – what they can do once given the right environment and opportunities. For Ralph, it’s all about knowing you have people who love and care for you, even when you mess up. “All children, Indigenous and non-Indigenous, want to know that the significant people around them, their mums and dads, their aunts and uncles or their footy coach, genuinely likes them,” he says.

Ralph’s school runs on a philosophy of celebrating small successes that can build confidence. And vitally, also offering grace when things go wrong.

When I told him about my moment of stone-throwing childhood madness, he said he didn’t doubt that a black kid in the same position would have ended up at the police station. It was a sobering reminder of the way a life can turn for good or ill, and the power of kindness and mercy in determining which it will be.

Simon Smart is executive director of the Centre for Public Christianity.