I’m 34 years old, and have never seen a dead person.

This strikes me as odd. I ask my friends about it. Some of them are doctors and are surprised; a few have been to open-casket funerals. But many are like me: they’ve witnessed any amount of on-screen, simulated carnage, and nary a real-life death.

In the US, as recently as 1945, most deaths occurred in the home. By the 1980s, that figure was down to 17%. A 2014 report from the Grattan Institute noted that 70% of Australians want to die at home, but only about 14% do: “dying in Australia is more institutionalised than in the rest of the world”.

Perhaps it makes sense that, as we’ve gradually cordoned death off from everyday life, various forms of assisted dying have become more appealing to us. The dying process has become unfamiliar to almost everyone not professionally involved in it; and, perhaps, all the more dreadful – literally, full of dread – as a consequence. 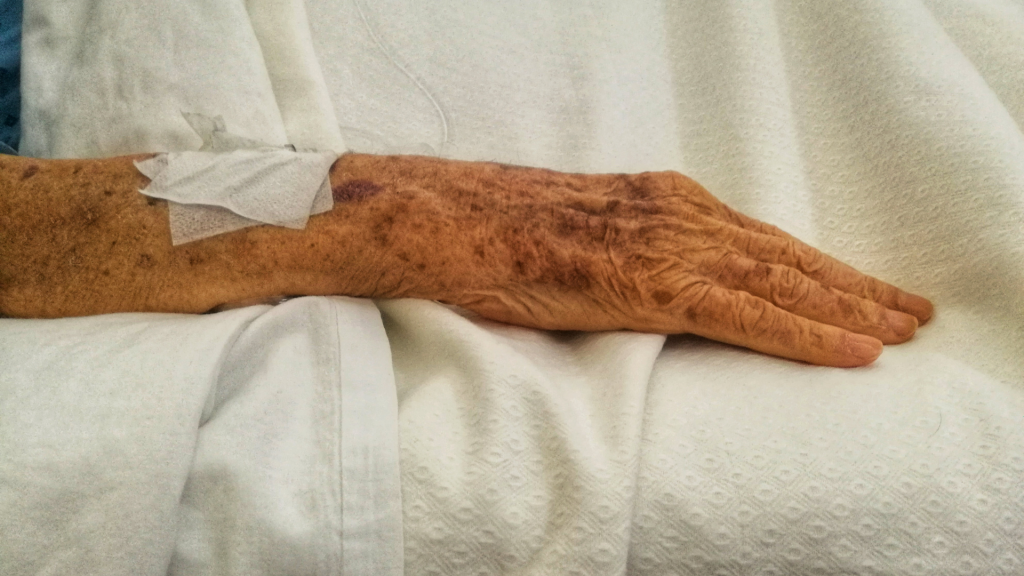 I watch the stop-start euthanasia debate with unease, and feel unqualified to comment. I’m not elderly, or terminally ill. I have not had to suffer with a loved one as they died a painful, protracted death. I’ve never even seen a dead person! What do I know about it?

But I have begun to ask, lately, if my (relative) youth and (near-absolute) ignorance are precisely why I should be invested in this conversation; why my opinion ought to count. What is decided now about death and dying will shape what choices seem reasonable, or normal, or honourable to my own generation when we come to die.

I want to know, then: what does it mean to die well?

In Bhutan, the app explains, they say that contemplating death five times a day brings happiness. So five times a day, at random intervals, my phone buzzes, and there’s the little frog, with the same reminder: “Don’t forget, you’re going to die.”

Click through and you get a bonus quote about death, or life. Sylvia Plath: Dying / Is an art, like everything else. Ralph Ellison: Life is to be lived, not controlled, and humanity is won by continuing to play in face of certain defeat.

The Bhutanese are mostly Buddhist, but the idea that regular reminders of death are key to a useful, contented life is common in the Western religious tradition as well.

We want to skip the dying part that precedes death – we don’t want to be there, to be present, when it happens.

The Anglican Book of Common Prayer entreats the Almighty to preserve us “from sudden death”. For generations, Christians specifically petitioned God for the lingering kind of death that most of us now dread. They wanted time to die “well” – to get their spiritual lives in order before departing. We want to go in our sleep, quickly and quietly, no pain, no burden to anyone else.

Essentially, we want to skip the dying part that precedes death – we don’t want to be there, to be present, when it happens.

Not even in church these days will you usually hear much about death. In December 2008, I sat in the pews of a church in Cambridge as the vicar explained to his congregation the diagnosis he had just received: gallbladder cancer, past either surgery or radiotherapy. The oncologist had given him a prognosis of six to nine months.

Mark had been vicar of St Andrew the Great for more than 20 years. He was deeply loved and respected. But in the months that followed he spoke often and freely from the pulpit of his failures – including his neglect of a task that he believed was incumbent on him as a pastor: preparing us for death.

He quoted Sir Thomas Browne: “The long habit of living indisposeth us for dying.” With humour, honesty, and a radiant joy, he gently turned our attention again and again to the reality of death. He showed us what it was to die well; helped to expand our moral imagination when it came to the prospect of our own deaths.

Who is preparing you to die? Who fills that role for most of us? Andrew Denton, TV personality and founder of Go Gentle Australia? Dr Philip Nitschke, director of Exit International?

In October last year, Exit International announced the launch of the “Sarco” capsule, a euthanasia machine. The press release images show a sleek, space-age-looking lozenge plonked in a green field, or on a beach at sunrise.

The Sarco can be 3D printed by anyone. The user completes an online mental questionnaire in order to access the capsule, clambers inside, and waits as liquid nitrogen depletes the oxygen level to bring about a rapid and peaceful death. The capsule can be detached from the reusable base and used as a coffin, and another one printed in its place for the next user.

I did some googling when I came across this macabre story to make absolutely sure it wasn’t satire. I couldn’t help but wonder: has Dr Nitschke never read a dystopian novel? A novel where life becomes so “civilised” – so hygienic, so controlled, so un-messy – that it crosses the line from humanity to horror?

At the climax of Aldous Huxley’s Brave New World, “the Savage” John questions his society’s determination to edit out everything that might be unpleasant. “We prefer to do things comfortably”, the so-called Controller explains.

“But I don’t want comfort”, John objects. “I want God, I want poetry, I want real danger, I want freedom, I want goodness. I want sin.”

A long silence follows. “I claim them all,” John says at last.

How is it that we read the dystopias of Orwell or Huxley and see Donald Trump, but not assisted dying?

Like “the Savage”, I feel pretty hesitant about “claiming” the right to grow old and ugly, to get cancer, to be hungry or in pain. I avoid physical and emotional discomfort, let alone outright pain, at just about any cost. I dread the losses and indignities of serious illness. I’m drawn to the logic of euthanasia, that a good death primarily means one that involves a minimum of suffering, of any kind.

Does our humanness consist most fully in self-sufficiency, or interdependence with others?

But I’m also repelled by it. Is uninterrupted comfort and pleasantness truly my highest goal for the length and breadth of my life? Is it a worthy one?

Relatedly, is my autonomy the good I should be guarding most fiercely? Does our humanness consist most fully in self-sufficiency, or interdependence with others? What do our answers here imply for the most vulnerable among us, including those with life-long disabilities?

I have so many questions. Conscious of my own naiveté about death, I listen for the gaps and silences in the conversation my culture is falteringly having, and I feel cheated. I want a richer conversation, a fuller picture. I want to know what it is to die well.

Natasha Moore is a Research Fellow with the Centre for Public Christianity. This is a shorter version of a longer piece first published at ABC Religion & Ethics and also available here.