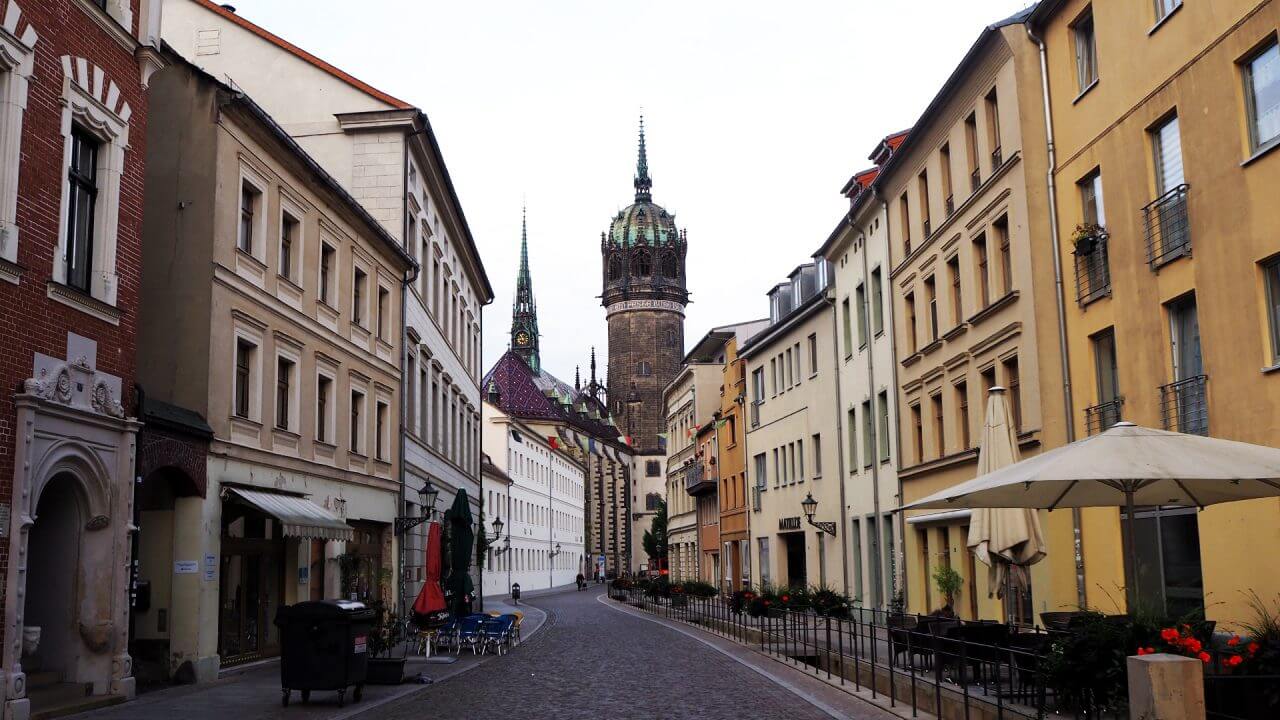 A Martin Luther impersonator, a pastor, and an artist on an event that changed the world.

A Martin Luther impersonator, a pastor, and an artist on an event that changed the world.

“Martin Luther’s idea of the freedom of the Christian set up a certain understanding of freedom of the people. We are individuals, we have the right for freedom, and we are equal children of God like our prince, or like the emperor – they are not better at all than we are.”

When Martin Luther nailed his 95 Theses to the doors of The Castle Church in Wittenberg, little did he know that it would be the beginning of an event that would change the world.

His idea was simple:

“That we are justified by God, only by grace, and not by our own deeds,” explains Hans Kasch, Director of the Lutheran World Federation Centre in Wittenberg. “We can pray as much we want, we can be as good as we are, and we can do as much as we are able to do – but this doesn’t help us in God’s eyes. That was his discovery, and the starting point for the Reformation.”

From this idea came the birth of the Protestant church, the foundations of modern democracy, the priority of the individual, education for the masses (including women) … and this idea continues to inspire people five centuries on.

In this episode of Life & Faith, we travel to Wittenberg, the birthplace of the Reformation, to speak with a Martin Luther impersonator, a Lutheran pastor, and more, about the far-reaching and long-lasting impact of the Reformation on our world.

“For many people, Martin Luther was a hero of faith, a great professor. I want to show he was a man like you and me – in another time, of course, with other problems,” says Bernhard Naumann, Church Master at the Town Church in Wittenberg, and Martin Luther impersonator. “Maybe we can learn not to say ‘the times are like the times are’, but we can change the things around us. Because Luther was at first a small monk only, and then step-by-step he became that great reformer.”

Then, join us on a tour of ‘The Luther Effect’ exhibition in Berlin by the Deutsches Historisches Museum. It showcases the effect – and counter-effect – of Protestantism around the world, including in Sweden, the US, Tanzania, and Korea.

“We choose Korea for several reasons: one is that it’s the ‘boom land’ of Protestantism, and the other is that Korea missionised itself. The first translation of the Bible into the Korean language was not made by European missionaries.”

“In the beginning, Protestantism played a very important role in the national identity of Korea,” says Boris Nitzsche, an historian and press officer at the Deutsches Historisches Museum. “The Bible was translated into Korean at a time when the Korean language was in decline, and it introduced education for the masses, especially for women – they learned to read and write because they wanted to read the Bible.”