“Don’t be afraid. My telling can’t hurt you despite what I have done.”

I should have known better than to trust the opening line of A Mercy, the first Toni Morrison novel to hit the shelves in around five years. The words come from Florens, a slave girl, given away by her mother when she was 8 years old, and it didn’t take long for this abandoned little colt of a girl, with a love of shoes she could never afford, to get under my skin.

The Nobel Prize-winning author of such disturbing and beautiful novels as Beloved and Paradise offers supremely crafted and hauntingly evocative tales but I approach them in the way I might anticipate deep tissue massage—plenty of pain and discomfort to go with obvious gain. Her readers have to be prepared to feel chastened—perhaps even heartbroken.

Morrison typically soaks her audience in American history—digging at the scabs of the nation’s bloody past of hard-won, costly triumphs and bitter memories. Morrison is fiercely determined to explore and expose the African-American story. But like all the best storytellers there is a universal quality to her work that goes beyond time and place. In this sense, A Mercy, is no different.

Morrison says she wanted to take race out of slavery and so set her story in 1690, before the shameful scourge really got going. “There is no civilisation that doesn’t rest on some form of slavery,” she says and A Mercy shows how any of us can become slaves to people or things.

The story focuses on a disparate group of women and men—thrown together by bizarre fate and traumatic circumstance—hewing out an existence in the North-eastern wilderness of the late 17th century, seeking and finding a family of sorts. Anglo Dutch farmer/trader Jacob Vaark has purchased a wife, Rebekka, who arrives in the new world via ship’s passage, the experience of which would make even the most dire of destinations look like the Eden he hopes to create. Native American Lina, servant to the Vaarks, has made a narrow escape from a village decimated by small pox. Enigmatic loner, ‘Sorrow’, brought up on a ship, never quite manages to find her ‘land’ legs. Indentured labourers Scully and Willard are an ironic counterpoint to ‘the Smithy’—a black man who is free.

But it is Florens, the slave girl purchased by Vaark for a bad debt, despite his revulsion at trading in flesh, who is the primary character, and the one to whom readers are immediately drawn. The vulnerable little girl forms the centre of the narrative that traces her movement towards womanhood.

These characters represent the new country being forged out of violence, brutality, disease, hardship, and slavery of various kinds, all the while infused with and driven by dreams of a better future, the promise of the good life, the romance of the frontier dream of prosperity. There is beauty and wonder in this landscape, but it comes at a cost that for some is too high to pay.

Those familiar with Morrison will know that she is peerless in writing about human suffering with piercing, devastating elegance.

Morrison evokes this landscape with such skill and dexterity that the reader feels truly immersed in the sounds, smells and touch of a distant era. Layers of meaning and emotional complexity emerge out of the distinct perspectives of each character – with Morrison masterfully shifting from first person (Florens) to third (everyone else)—filling gaps in the narrative like a complex puzzle falling into place. The world looks very different to different people, and much is to be gained from an omniscient narrator who can place us in the shoes of another, an aid to empathy we otherwise lack.

Those familiar with Morrison will know that she is peerless in writing about human suffering with piercing, devastating elegance. Her stories are frequently embedded in the experience of black Americans and their encounter with fear, mistrust and hatred. On a perilous solo journey, Florens encounters a village of protestant pioneers driven to paranoia about demons and witches. “No hate is there,” says Florens of the moment when they strip her naked to check for signs of the ‘darkness’, “but they are looking at … my body across distances without recognition. Swine look at me with more connection when they raise their heads from the trough.” Here is a moment of unravelling and disintegration for the innocent and naïve Florens. “Inside I am shrinking,” she says. “I am losing something with every step I take. I can feel the thing drain. Something precious is leaving me. I am a thing apart.”

Never far from Morrison’s literary world are ultimate ‘theological questions’—what it means to be human, where hope might come from, where is God in the midst of such sorrow and loss. The sadness in this story is most evident in a mother who longs to explain to her 8-year-old daughter why she gave her away; and the ache of the daughter not knowing.

Morrison taps into notions of essential humanity that strongly correspond to the biblical understanding of people being made in the image of God.

There is a great need for mercy that is in short supply at a time and place where only the very strong and ruthless survive. Yet significant acts of kindness and self-sacrifice form vital turning points. The book title, importantly, is not ‘Mercy’—suggesting large-scale compassion, pity, grace or as Morrison says, “religious versions of God’s mercy, but a human gesture—just [A] Mercy.” This mercy is human not divine and therefore frail and full of unforseen consequences. It’s mercy, but in Morrison’s construction, only the most severe kind with limited redemption that leaves the characters profoundly scarred, and along with the reader, longing for something more. There is no cheap grace here, but brutal honesty, and while there are glimpses of transcendence (if you look hard enough) they occur within narratives that are painfully and heart-wrenchingly hard-edged—the human experience in all its cruelty and searing beauty. But you won’t find any romantic portraits here.

Morrison taps into notions of essential humanity that strongly correspond to the biblical understanding of people being made in the image of God. It is when humans view others, or indeed themselves, as less than created beings of immense and immeasurable value, that trouble starts.

Of course there can be few more absurd violations of ‘image of God’ status than the hateful American slavery that is about to take off in the 18th Century. The vulnerable Florens, who ‘munches any kindness shown her “like a rabbit,”’ is a slave in every sense. Her lack of regard for herself is painfully evident in her obsession with the blacksmith who has become her lover. “You are my shaper and my world as well,” she says of him. A free man, he is repelled by her devotion and lack of personal identity. He tells her he has seen slaves freer than free men. “You alone own me”, she says but is met with the stinging retort “Own yourself woman.” Florens has some hard lessons to learn about what it is to be a whole person.

This longing for wholeness is a driving force of Morrison’s writing. All around is brokenness and fragility. Even the most admirable characters are full of flaws. The church—the place that should offer restoration and a healing balm—comes in for some rough treatment. It is clear the author knows all too well what occurs when the devoted fail to reflect their gospel roots. The dour and paranoid Protestants; the cruel and carnal Catholics. But as is frequently the case in her work, Morrison reserves a place of honour to a believer who is worthy of our admiration. Paradise (1998) includes a passage of soaring praise for the unceasing, sacrificial work of church ministers in negro history, that must be up there with the most glowing descriptions of Christians in all of literature. In A Mercy it is a Catholic Priest who risks his life to teach Florens and her mother to read. This is a grand mercy and a lasting gift that nobly reflects his professed faith and is perhaps Florens’ saving grace. 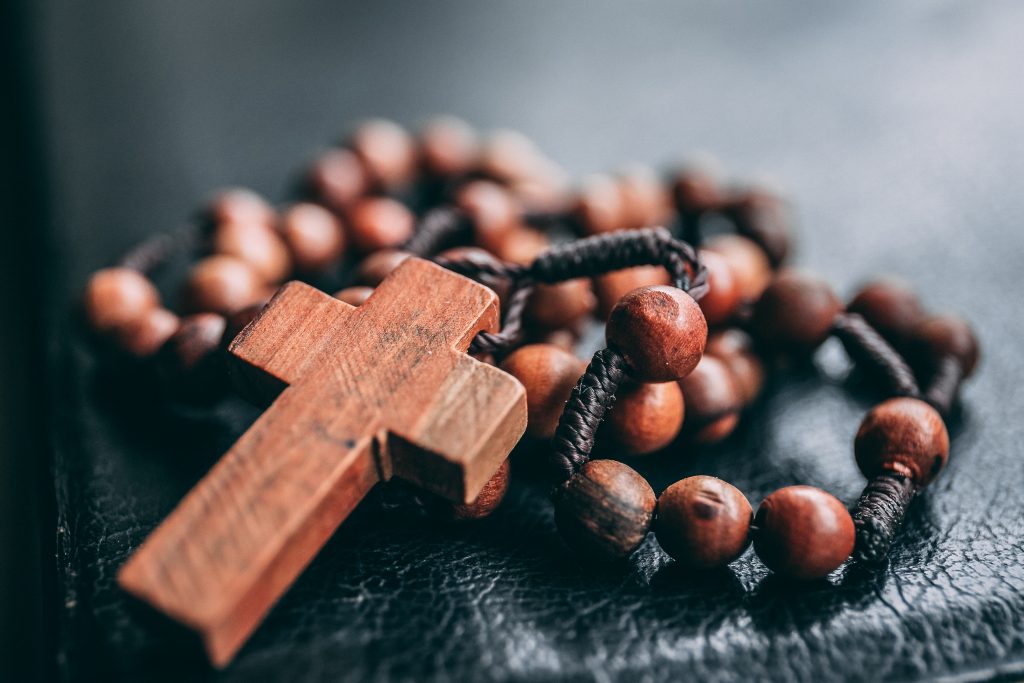 Clear in this construction is Morrison’s comment on the need for community to deal with life’s struggles—something that is as important today as ever. The characters represent the earliest versions of American individuality, and self-sufficiency. Morrison says she wanted to show the dangers of that—to illustrate a modern-day tension of how to be an individual yet also still belong and be connected. The characters in the story are particularly vulnerable because ‘there’s no outside thing that holds them together,’ says Morrison.

‘Pride alone made them think they needed only themselves, could shape life that way, like Adam and Eve, like Gods from nowhere beholden to nothing except their own creations.’ ‘As long as Sir was alive it was easy to veil the truth: that they were not a family – not even a like-minded group. They were orphans each and all.’ (56-57)

But unique to the Christian community, when it is working well, is its ability to bring such a diversity of people together in common cause of belief and service. As they meet together, Christians urge each other on and encourage those around them, despite the world they face, to believe that big story that claims to absorb and enfold within itself all other stories. To live out the life of forgiveness and restoration that they believe is coming, and in a small and incomplete sense is available in that community now. For Morrison this ‘outside thing’ might just as well be a sporting club or military unit, as a church or religion. What is needed is belonging to something larger than ourselves. Those of us who have sat in churches for many years will know of the sometimes frustrating and eccentric experience it can be. The gathering of God’s flock has always been a rather ramshackle affair. In truth, it’s a bunch of broken souls who would be at home in any of Morrison’s stories.

That Christian story is a vision of completeness and renewal—where the world will finally be put to right. Where there will be no more sorrow or pain or crying or small pox or slavery or the need to leave your daughter in the hands of a stranger. It’s a message that anyone willing to face the world with the type of honesty we see in Toni Morrison will find deeply appealing.

Simon Smart is Head of Research and Communications at CPX.