All the hallmarks of Christmas

Natasha Moore watches a Hallmark Christmas Movie - and compares it to the first Christmas story.

This holiday season, I sat down with some girlfriends to watch Pride, Prejudice, and Mistletoe.

I use the word “watch” loosely. We drank wine and yelled at the TV and may have gotten more caught up in our own wit than the pleasant banalities that mostly passed for dialogue.

The 2018 TV movie is based (allegedly) on the Austen classic – again, using the word “based” loosely. Darcy Fitzwilliam is a driven career woman (TWIST, you guys!) who returns to her charming hometown – Pemberley – for Christmas. In the process of planning a charity event with her mother and managing a work crisis remotely, she falls for local hunk (and her former sparring partner on the high school debate team) Luke Bennet. Yep. It’s currently at three stars on IMDB (but only one – one solitary Christmas star – on Rotten Tomatoes). 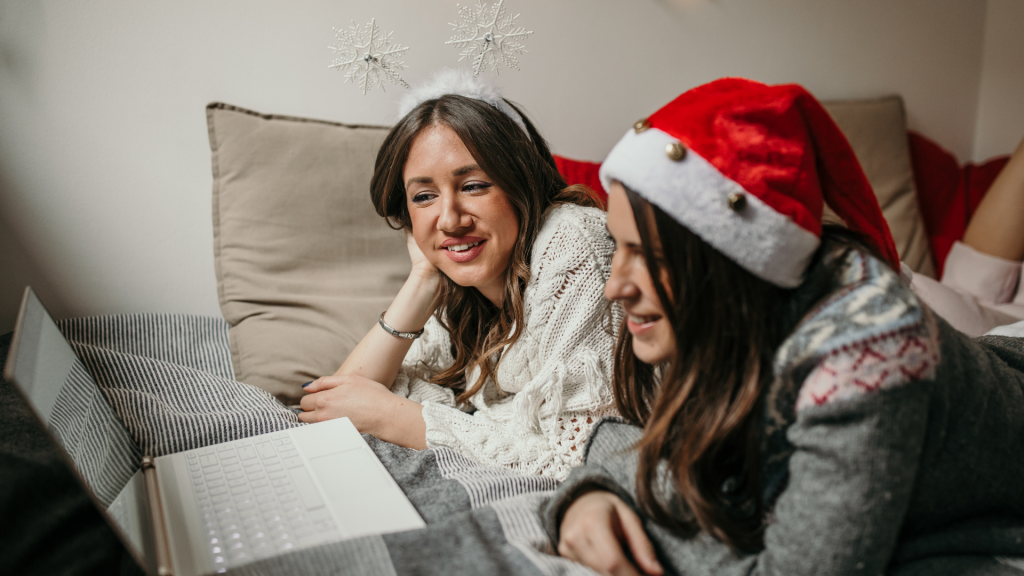 The experienced eye will have registered all the calling cards of the genre to which this masterpiece belongs: the Hallmark Christmas movie. As NPR’s Pop Culture Happy Hour puts it, “What’s warm and fuzzy, emotionally manipulative, and desperate for attention almost every hour of every day?” (Also – a dog.)

If you know where to look, then at this time of year Hallmark Christmas movies (and their imitators) are wall-to-wall. The quality does vary, from a tad sugary to nigh unwatchable, but the formula is utterly dependable: our protagonist is beautiful and successful, big-hearted but somehow lost – she’s with the wrong guy, or she’s a workaholic, or (gasp) she’s disillusioned with Christmas.

She returns to the small town she and her loving, highly photogenic family call home, and finds herself drawn into some drama (this term, too: used very loosely. Tension in a Hallmark Christmas movie is defused almost as soon as it arises. You shall not be troubled, viewer, by anything even in the same ballpark as actual suspense.) A local business needs saving from closure, perhaps, or there’s a folksy competition to be won. Along the way, she falls in love with the perfect guy – and, of course, with Christmas. Christmas never lets us down. Christmas is magic. It makes everything ok.

The trappings lend themselves to Christmas bingo. Ice skating, chestnuts, an abundance of fake snow. The love interest is both a sensitive guy and conventionally masculine (Luke is a chef who drives a pick-up truck). The actors are vaguely recognisable (Darcy is played by Lacey Chabert – remember Party of Five?) The high-flying corporate types are villains; gratuitous Christmas jumpers and mugs abound; a surprising number of princes or princesses are wandering about, incognito. It is the deep-fried Mars Bar of cinematic fare: not a lot of nutritional value, but a powerful comfort food.

Like many of the ex-famous stars of these films, I’m a Christian. So I’ve got two Christmases competing for my emotional bandwidth here: the deep-fried kind Hallmark’s serving up, and the one in the Bible. Can I have both?

I mean, technically, the original is a tale of a young woman (… and her husband) returning to their hometown (… for a census called by the occupying power of the day) for Christmas – which is almost ruined when there’s no room at the inn, but turns out picturesquely (at least according to the Hallmark card version). Actually, there’s even an undercover prince (the Prince of PEACE?!)

Sure, there’s a bit more “tension” than would be acceptable in a Christmas movie. It’s hard to imagine anything further from the Hallmark universe than Herod massacring the infants of Bethlehem in an attempt to circumvent the threat of “the one born king of the Jews”. This story is raw and political and dark and existential. Does it even describe or belong in the same reality as Pride, Prejudice, and Mistletoe?

The Gospel of John doesn’t include a birth narrative. We meet the man Jesus – not the baby – and the first words he speaks in this account are to two seekers: “What do you want?”

What do you want? It’s a penetrating question. The cynics will scoff, but I’ve come to think this is the same question the Hallmark Christmas movie is asking. Maybe the problem is I’ll never be satisfied, Darcy sighs to her brother. And maybe you’re looking for satisfaction in all the wrong places, he responds.

If you’re paying attention, I think these films will tell you something about what you long for.

Somehow, Christmas – and the end of the year, and the beginning of a new one – does have a way of throwing into stark relief what in our lives is satisfying us – and what isn’t. It’s a time when it becomes harder to drown out the question: what do you want? What do you really want?

For Darcy, the answer is to be found in the amiable Luke (and a permanent move home from the big bad smoke to work in the family business). The Hallmark Christmas movie is a subset of the rom-com, after all.

“I have come that they may have life, and have it to the full.” That’s Jesus again, later in John’s Gospel. If you’re paying attention, I think these films will tell you something about what you long for. There’s something cathartic, amid the ubiquitous tinsel, about seeing everything tied up in an inexorable and very pretty bow.

The Hallmark version of satisfaction won’t keep you going all year round. The deep-fried Mars Bar has its charms – one of which is its reminder that what I actually want and need is real food. Christmas is a time to reassess where such fare can be found.

Dr Natasha Moore is a Research Fellow at the Centre for Public Christianity.