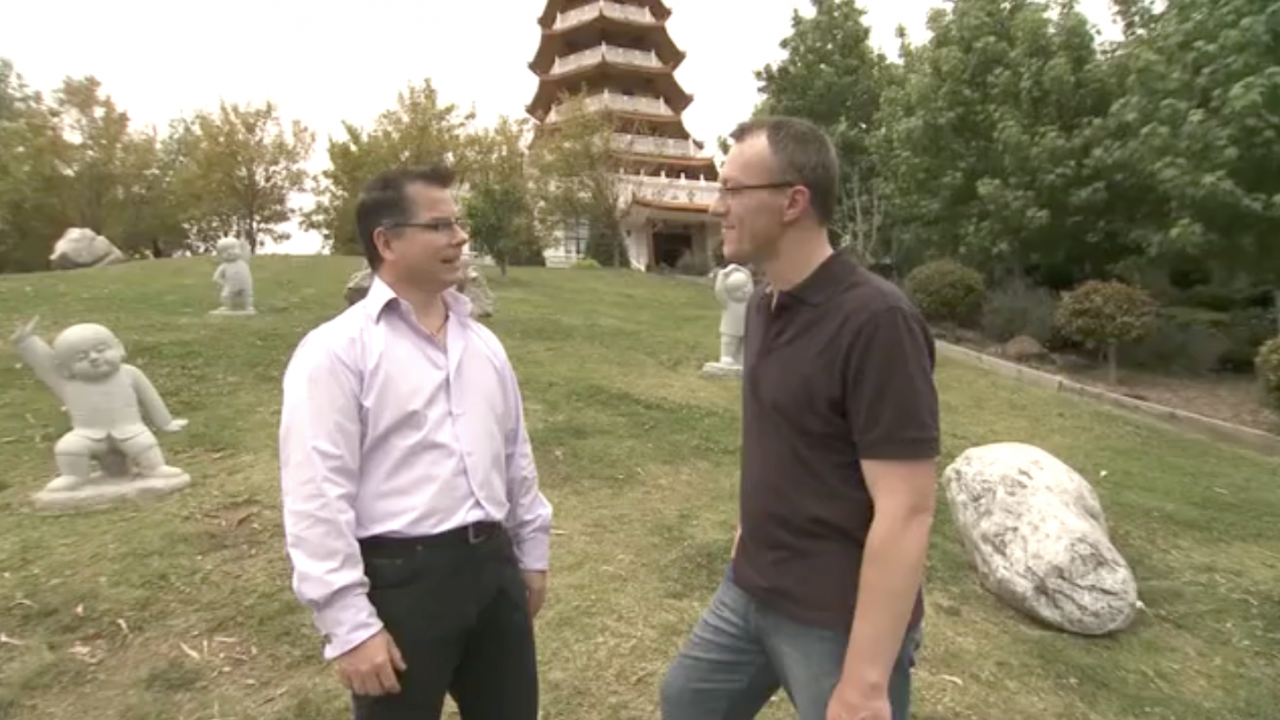 Behind the Life of Jesus: Aren’t all religions basically the same?

Greg Clarke and John Dickson discuss whether there are any significant differences between the major world religions.

Greg Clarke and John Dickson discuss whether there are any significant differences between the major world religions.

On the set of the Life of Jesus documentary, Greg Clarke and John Dickson discuss whether all religions point to one higher reality, or whether there are real and significant differences between the major world religions.

JOHN DICKSON: Greg, there’s no question that the world is a very religious place, but a lot of people like the idea that religions are basically the same. It’s like that famous Indian parable of the blind men inspecting an elephant: they each come to a different conclusion about what the elephant is but they’re all sharing one great reality. Isn’t that what the world religions are really like?

GREG CLARKE: I think you’re right that that is the view that people have, that all religions are pretty much the same and it’s like grabbing some bit of the elephant and you just know that bit. The problem is, that story was told by the Buddha to teach exactly the opposite: that the religious philosophers of the day just saw a bit of the elephant, but he saw the whole elephant and what he was teaching was true, so we’ve got to be careful with these stories.

GREG CLARKE: Yeah, but when you get down to the details, the differences become obvious and very profound, sometimes even contradicting each other.

GREG CLARKE: For example, Muslims teach that Jesus did not die on a cross, whereas for Christians that’s absolutely at the heart of what they think religion’s all about. Buddhists teach that you’ve got to rid yourself of desire to achieve enlightenment and live the good life, Christians teach that desires are part of who you are as God’s created being and you’ve got to align them to God’s. These are profound differences.

JOHN DICKSON: Ok, so it’s possible to concede that there are big differences, but some would say, “Yeah, the differences may be real, but ultimately they share some commonality, they point you to some divine reality, they’re equally valid paths to reality”.

GREG CLARKE: Yeah, they’re all of the same value. I think that is a more sophisticated perspective, but it’s also a bit of a high-handed one, because it’s saying that all those specific religions that think they’re teaching the truth, well, they’re all wrong, and this higher view that religion is all the same is right. So, in a sense, it’s taking a very strong stance to suggest that they’re all the same.

JOHN DICKSON: But don’t Christians do the same thing? They think their perspective is right and other perspectives aren’t – that’s arrogant, isn’t it?

GREG CLARKE: I don’t necessarily think it’s arrogant, I mean it can be arrogant depending on how you do it, but it’s not arrogant to look at the historical claims of a religion, what it teaches practically about this life and whether it matches your experience of reality, and what it teaches spiritually about the human condition and the solutions to our problem. I mean, these are the kinds of pathways that we ought to take when we’re examining religion. It’s not honourable to the world’s religions to put them all in the same category and say they’re all the same, regardless of the differences that are there. It’s far more honourable to scrutinise them carefully, look at the history – the practical teaching, the spiritual side – and come to your conclusions about what’s true.

JOHN DICKSON: I think the Buddha would agree with that, probably.