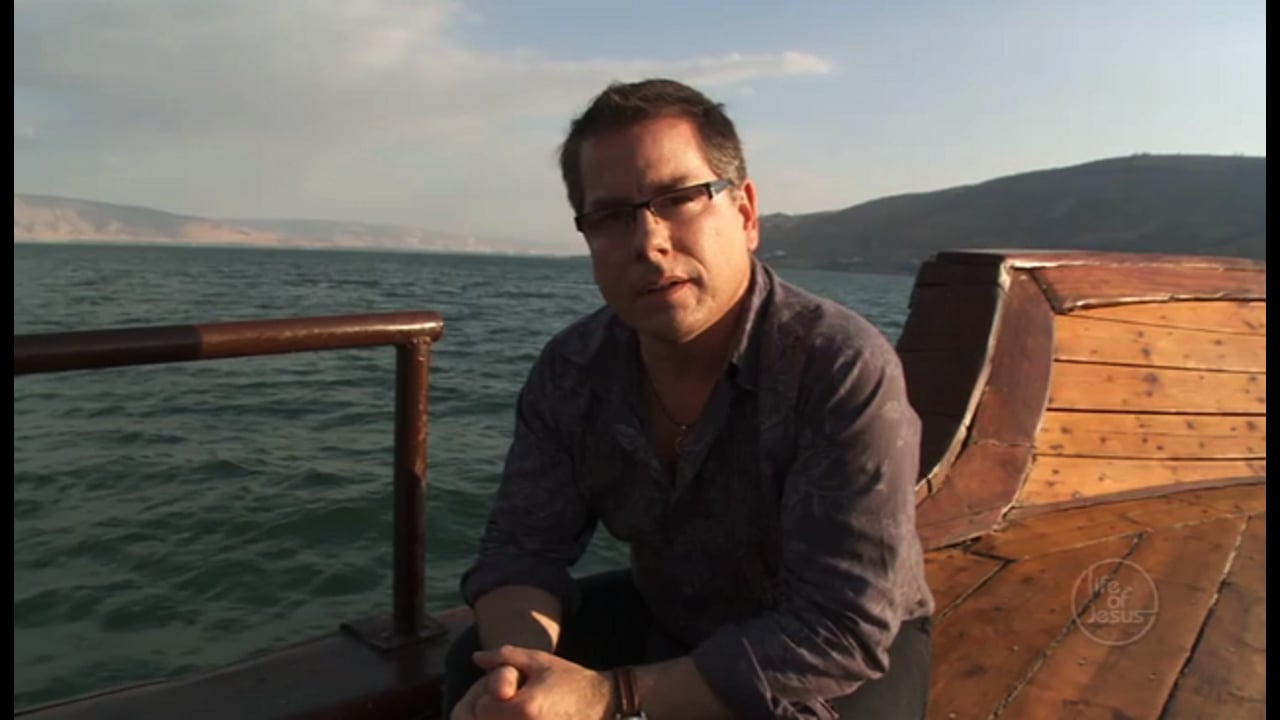 Behind the Life of Jesus: Does God really wipe the slate clean?

On the set of the Life of Jesus documentary, John Dickson explains what it means that God “wipes the slate clean”.

JOHN DICKSON: One of the themes that resounded along these shores 2000 years ago, more than perhaps any other, was the theme of forgiveness. Jesus preached that God was inclined to wipe the slate clean for those who admit that they have not lived the way God wants them to: they haven’t loved God with all their heart, loved their neighbour as themselves.

I was, some years ago, in deep video trouble, and I’d just forgotten to take this video back to the local video store, and week one went by, week two, months one, three, six, but we didn’t get any letter from the video store, we didn’t get a phone call from them, the video had just slipped behind the TV. Anyway, eventually we found this thing, and it was at least six months late. Our “extended viewing” fees must have been at least a couple of hundred dollars or something. And just at that very tricky ethical point of having to go up to the video store and face the music, pay the fine, I received a postcard in the mail from the video store to me, saying that they were willing to wipe the slate clean – and I’ve brought it with me. I read with great interest this promise to wipe the slate clean, I turned it around and read the words: “We would like to welcome you back to our store and wipe the slate clean. Simply bring this postcard into your local video store, and we will remove all extended viewing fees, no questions asked.” So I grabbed the video, I grabbed the card, I shot up to the video store, and I showed this to the girl behind the counter, handed over the video, and although the smirk on her face was not entirely non-judgmental, she did do what the card promised. She called up the J. Dickson file on the computer, went to the “extended viewing fees” box, and inserted a beautiful zero. They wiped the slate clean.

It was only as I was leaving the store that I realised what a gift this situation was for someone who spends his time trying to explain the history of Christianity. God is in the business of wiping the slate clean. God knows our debt is profound and unpayable, yet he, Jesus said, is in the business of forgiving and forgetting – of wiping the slate clean.