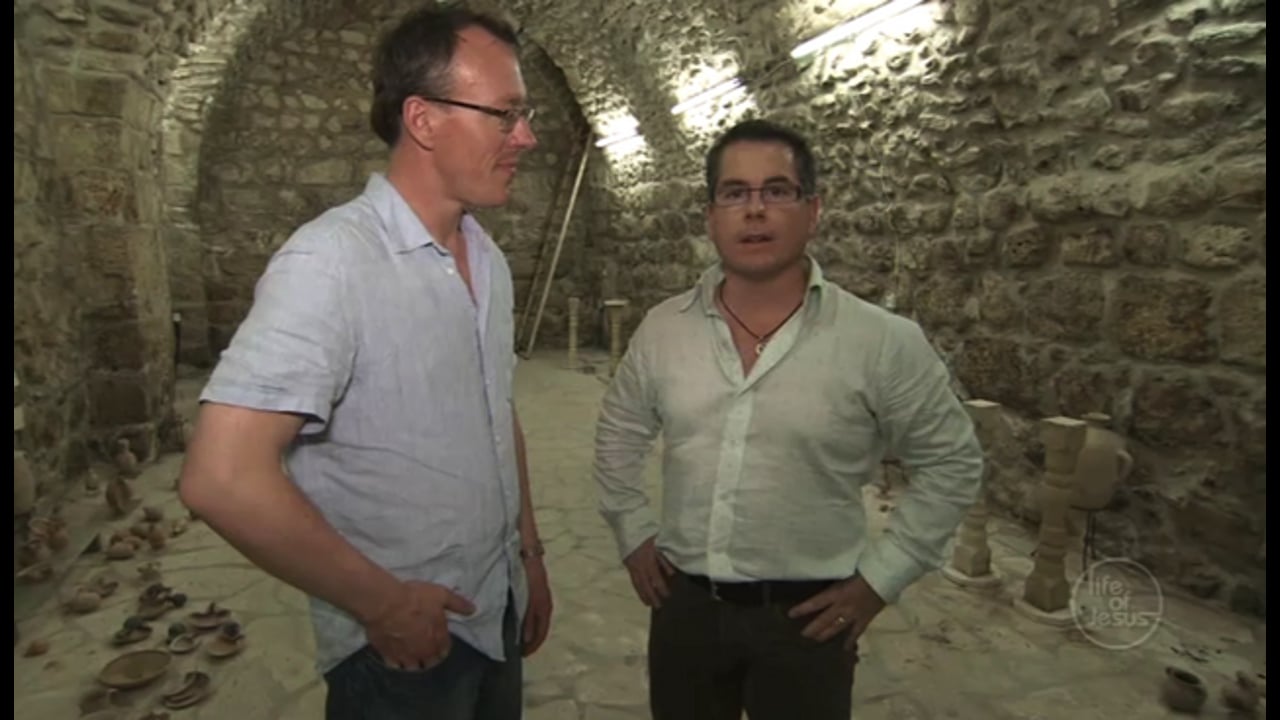 Behind the Life of Jesus: Is faith a leap in the dark?

John Dickson and Greg Clarke whether faith is the opposite of evidence.

John Dickson and Greg Clarke whether faith is the opposite of evidence.

On the set of the Life of Jesus documentary, John Dickson and Greg Clarke discuss whether faith has anything to do with evidence.

JOHN DICKSON: Well here we have this quite amazing privilege to be underneath a well-known antiquities dealer here in Old Jerusalem, and this room itself is second or perhaps third century and it has a special stash of pottery from various ages, very precious materials. But it raises, I think, the question about the connection between history and faith, evidence and religion. Greg, so often today people think of faith as the opposite of evidence.

GREG CLARKE: They do, you hear the common definition of faith as believing even though there is no evidence, or if you take it a step further like Richard Dawkins and many atheist writers do, it’s believing in spite of the evidence. But this really isn’t the definition of faith you’ll find anywhere in Christian thinking. I mean faith, for Christians, is looking at the evidence and making decisions about what it means. Faith is very reasoned – it’s reasonable trust in what you know. And it’s not a leap in the dark as many people say, it’s actually a leap after you’ve had a really good look at what you can see in front of you.

JOHN DICKSON: Yeah, I think it’s still fair to say though that there is a gap between what evidence can demonstrate and what faith entails, that’s true right?

GREG CLARKE: I think that’s right, I mean it’s not like you’re going to find a proof for every aspect of Christian thinking, proof is one of those things that belongs in the realm of logic and maths. Here we’re talking about events and people and understanding what they mean, so this room full of bits and pieces it’s about interpreting when they came into existence, what it means that they’re here, and reasoning out of that what we can believe about the past.

JOHN DICKSON: I often try to say to people that there is a gap between what history can demonstrate and what Christian commitment involves, but it’s nowhere near as big as what people realise, or rather nowhere near as people think or assume. And in any case, some of the most important decisions that we make in life have a gap between the indications and the commitments: I think instantly of the decision to marry, you know that period of courtship can only ever give you indications that that’s the person you can say for better for worse, for richer for poorer – it doesn’t prove you could do that.

GREG CLARKE: You’ve got a bunch of evidence to look at, you’ve got things to consider, you know the person, but there’s still a commitment involved.

GREG CLARKE: How you’ve grown up, your background, your culture.

JOHN DICKSON: Exactly, and I think your preferences – whether you want it to be true or not, and whether you’re willing to accept the implications of it being true. It isn’t just evidence, it’s also about personal commitments.

GREG CLARKE: So faith is about looking at what we know, and making good decisions on the basis of it, as yourself with all of your own background, your own hang-ups, your own issues, your own preferences.