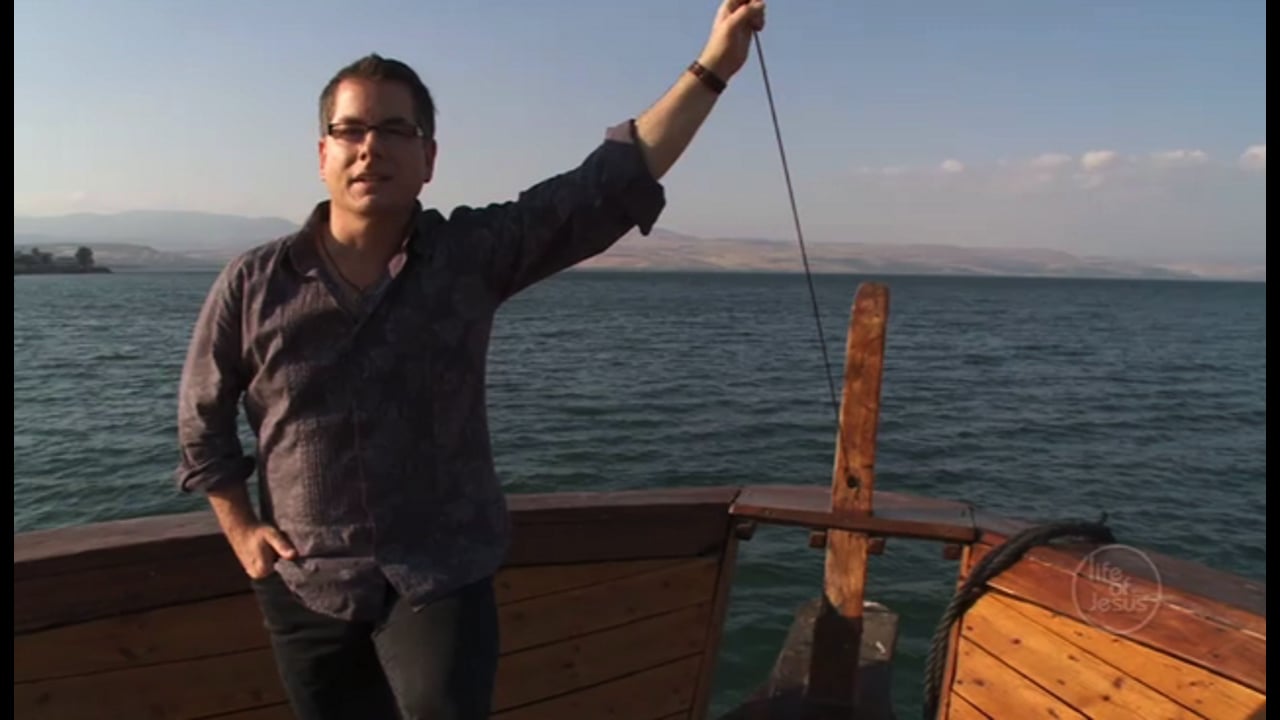 Behind the Life of Jesus: Is there more to life than meets the eye?

On the set of the Life of Jesus documentary, John Dickson what he calls the spirituality of distraction in Western culture.

JOHN DICKSON: Well we’re cruising around the Sea of Galilee on our crew day off, and I can’t resist telling you a story that I think highlights something about the life of Jesus.

My wife and I were invited to a very posh party, way above our pay grade, sailing around the harbour a couple of Christmases ago. And the wine was beautiful, the pâté was unpronounceable, the conversation was delightful, and I got talking to a friend of my wife who was telling me how brilliantly things were going in her life. Her husband had received a great promotion, so they were feeling financially secure; the kids were all about to start school, so she felt she had some time on her hands; and they’d settled on a house on the Northern Beaches of Sydney, so she was feeling domestically secure as well. And then she stopped – from no prompting from me – and looked into the distance and said, “But you know John, sometimes I feel like there’s more to life, some spiritual dimension I’ve never really tapped into.” Then, I don’t know if it was that she observed the smile on my face at this turn of conversation, but as quickly as she began, she stopped, and she said, “But I’m not really interested in that sort of thing, I don’t want to talk about it.” And within a flash, we were back to talking about the wine, and the unpronounceable pâté, and the beautiful sunset, and all the other distractions available to us that evening.

I came away from that conversation thinking – that is a classic insight into Western spirituality. You could call it a spirituality of distraction: it’s not that we don’t think about the big things, it’s not that we don’t believe in the big things – we do. Eighty percent of Australians say they believe in God – it’s pretty much the same in most Western countries. But, if you just listen in to the conversations at work or the pub or the café, you’d never know about that spiritual dimension. We have this capacity to think big, but to talk and act small. We have a sense of the larger kingdom – the kingdom Jesus spoke of – and yet we find ourselves distracted by our own little kingdoms. It’s the spirituality of distraction.