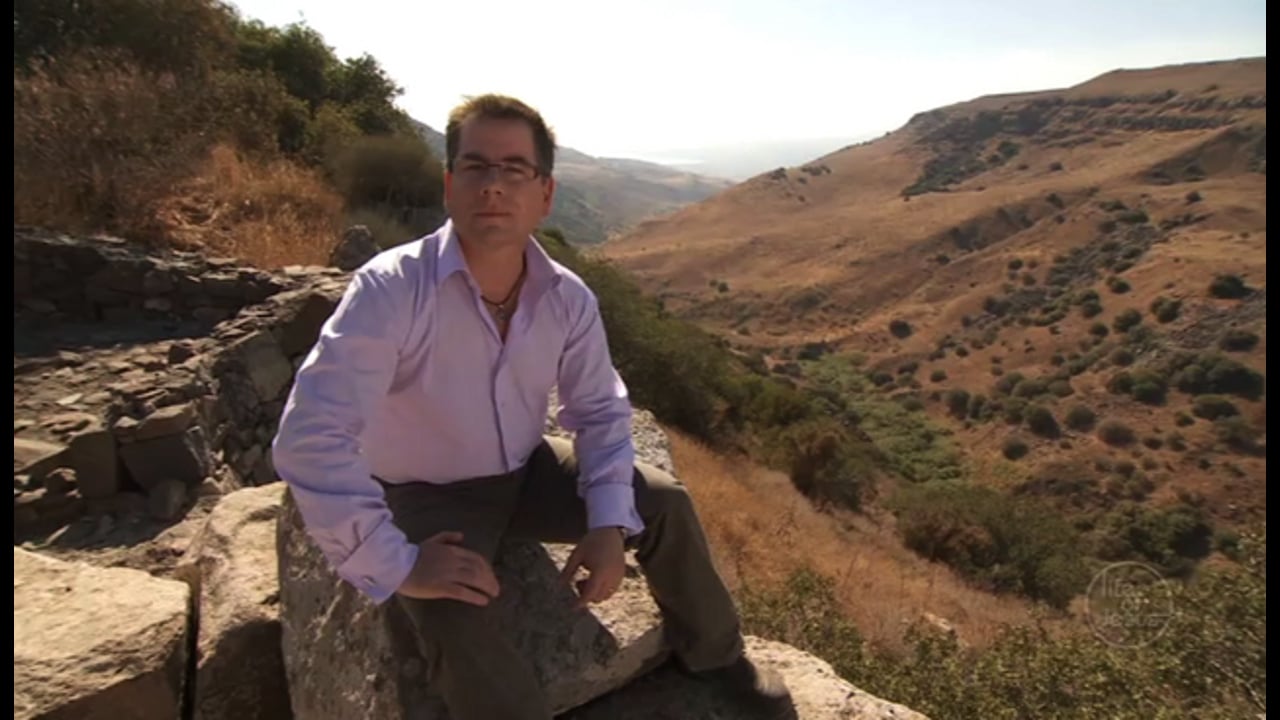 Behind the Life of Jesus: ‘Real’ Christianity or a poor substitute?

John Dickson on the danger of accepting a poor substitute of the Christian faith rather than the real thing.

John Dickson on the danger of accepting a poor substitute of the Christian faith rather than the real thing.

On the set of the Life of Jesus documentary, John uses a story of four people on a plane to demonstrate the dangers of accepting a poor substitute of Christianity rather than the real thing.

JOHN DICKSON: We’re here in the Golan Heights filming in Gamla, the first-century ruin. And we’re filming scenes about the way that Jesus didn’t really fit with peoples’ expectations and assumptions. And it reminds me of the completely untrue story about four people on a plane that lost all power to its engines. The pilot informed the passengers of the disaster and said, “It gets worse, there are only three parachutes, and there are four of us. It’s my plane, my parachutes, I’ve got to take one of them.” So he strapped it on and jumped out to safety. Left on the plane were a brilliant professor, a minister of religion, and a backpacker. And the brilliant professor stood up and said, “Look, I’m one of the greatest minds in the world, I have to survive, I have to take one of the parachutes.” The others agreed that that was a good thing, so he strapped one on, and jumped out. The minister started to explain to the backpacker that he’d lived a long life, that he knew where he was going when he died, so the backpacker should take the last parachute. The backpacker stopped him and said, “No, it’s ok, that brilliant professor, he just jumped out with my backpack strapped on.”

Now, it’s completely untrue, but it illustrates something that is true: it’s possible to assume you have the real thing, when in fact you have a poor substitute. Now, that’s a particular problem: jumping out of an aircraft at 30,000 feet with nothing but a PhD and a backpack, but it’s also a problem when it comes to the Christian faith. I keep meeting people, even in the 21st century, who have embraced what they assumed was real Christianity, but when we get talking, even they admit that it’s not the real thing, they embraced a poor substitute. Conversely, I meet plenty of people, particularly at the moment, who have rejected what they assumed was real Christianity, and you get talking, and it turns out they rejected really just a poor substitute. Jesus is sometimes hard to understand, but once you get him, you know you’ve got the real thing.