How to have a better conversation about Islam

Efforts by well-meaning apologists to absolve Islam when Muslims in Australia turn to violence are ultimately futile, as the tragic case of Yacqub Khayre in the recent Brighton siege demonstrates.

As a refugee worker among Khayre’s Somali community, I was among the many Melburnians who welcomed his family from the horrors of civil war. In that decade, I grew to deeply love the Somali people – including Khayre’s family. My heart was continually rent by the stories of unimaginable pain and loss so many of my friends had suffered. It was rent again as refuge in Australia failed to break the cycle of violence for the troubled Khayre.

I know this because I have discussed theology with the people Khayre hung out with; listened to the Islamic teachers Khayre was influenced by; been to the Islamic centres Khayre has been to; and read the theologians that outline the traditional Islamic approach to politics. In short, whatever social or personal factors drove Khayre’s act it was, to some degree, also driven by a traditional Islamic political theology. 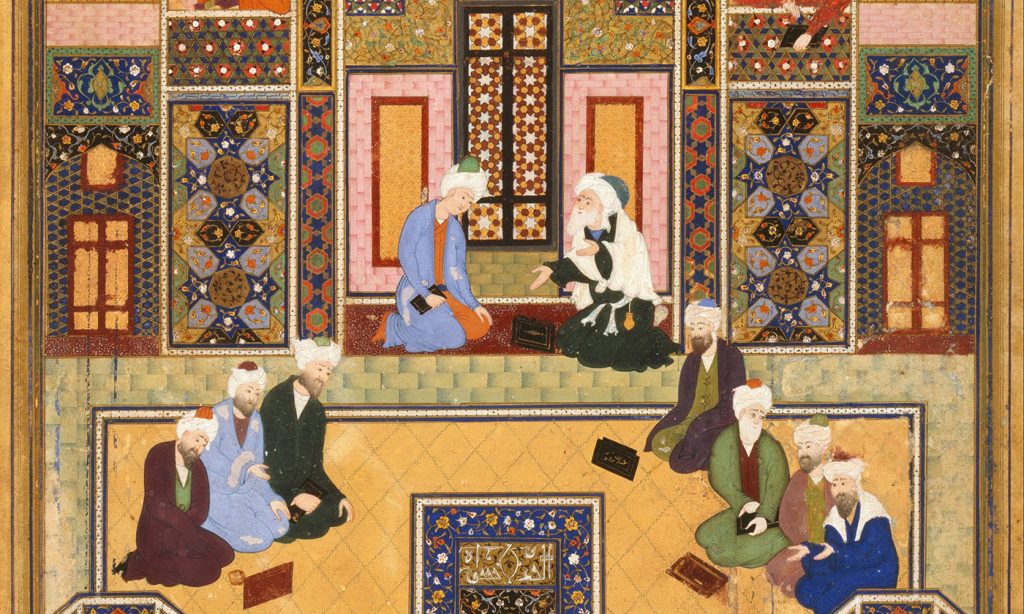 Before I explain, let me try to head off the standard “Islamophobia” cry that usually accompanies this kind of claim. I’d like to think my years living and working within Muslim communities offer strong clues that I’m afraid of neither Muslims, nor Islam.

But if that’s not enough, I also invested years into understanding Islam on its own terms in the academic setting. I have a PhD in Islamic thought from Melbourne University, undertaken under Muslim supervision, and passed by Muslim markers. Of course, this is no guarantee that my thinking is correct, but at least I’m arguing having read vast quantities of classical and modern Muslim scholarship – in Arabic where necessary. Hopefully this qualifies me for a voice at the table.

If so, my point is this: like it or not, the main schools of traditional Islam have always embraced a theology of politics that recognises the proper use of force in the name of religion.

It is a distinctive feature of Islam that it is inherently, not just incidentally, political. In short, the traditional Islamic ideal is for any society to be governed by Islamic law. This implies that various state apparatus – including the justice and law enforcement systems – would be legitimately at the disposal of Islamic religion.

This is not controversial. Theologically trained traditional Muslims do not dispute whether political force can be used to enforce Islam. Instead, the controversy lies in debates about just what forms of force are legitimate, especially within a modern democratic context.

Obviously, these debates are complex, particularly in their handling of situations where Muslims are a minority. They are especially complicated when a Muslim minority perceives itself as victims of serious injustice. This is precisely the situation we are in. All contemporary Islamic political theorising takes place under the shadow of more than a century of Western geo-political impositions upon the Muslim world that have failed to produce just and prosperous societies. Given this melding of perceived injustice and a political theology that can legitimise the use of power, radical Islamism should be an unsurprising global development.

Of course, for nearly all Islamic legal schools, acts of terror are unquestionably an illegitimate use of force in any situation. Moreover, and unquestionably, the vast majority of ordinary Muslims do not fully embrace any sort of traditional Islamic political theology at all. Most simply want to live productive and peaceable lives.

The problem is, any faith that incorporates a doctrine that its laws might properly be enforced upon society, in any way, opens a range of possible activities to the imaginative disaffected political activist. We should not be surprised, then, when troubled individuals take this to the extreme. Instead, we should expect it.

If I’m right about this, then it will not do to couch the debate around handling extremism in purely sociological terms, even though there is clearly a role for that. For all our sakes – including Muslims – we need to embrace mature discussion about political theology. Studies of deradicalisation programs observe the tragic irony that, in tackling extremism as primarily a problem of social dislocation, the message is being sent loudly to Australian Muslims that they are a dislocated “other”.

I suggest a better way forward is to treat Muslims as worthy of rich theological/philosophical engagement.

Unfortunately, this is a debate that the Australian public square is increasingly ill-equipped to handle. Theological literacy, of any sort, is in rapid decline among Australian intellectuals – including the academy. Indeed, the notion that theology is properly intellectual is an idea subject to ridicule.

Those with the theological nous to engage fruitfully – most obviously Christians and Jews – are lumped by radical secularists into the same “crazies” boat as Islamists. But in the encounter with political Islam we ignore theology at our peril.

Richard Shumack is a Research Fellow with the Centre for Public Christianity, specialising in philosophy of religion.

This article first appeared in The Age under the title “We can’t ignore the role Islam played in the Brighton shooting“.